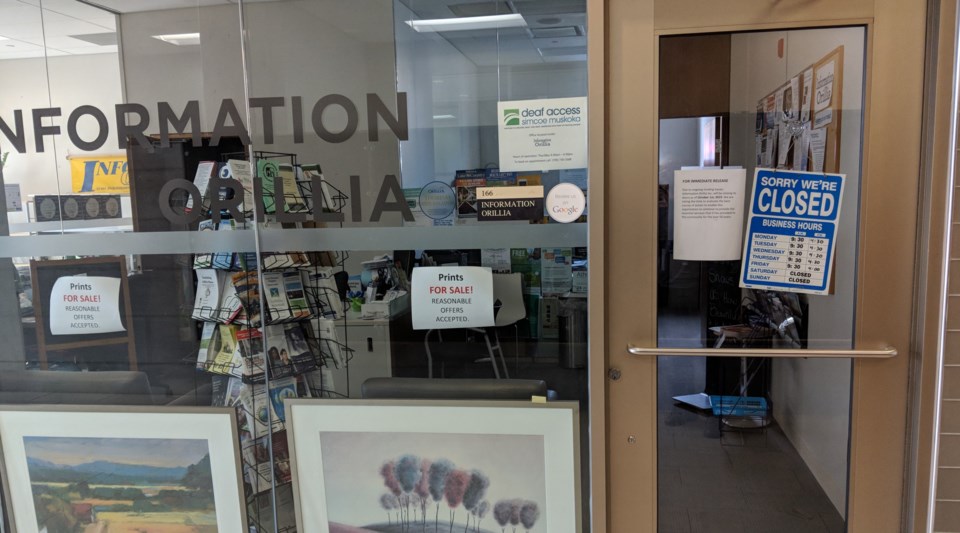 City councillors have decided not to financially support a bid to resurrect Information Orillia.

However, a local group has mobilized to revive the agency and, two weeks ago, made a pitch to city council seeking $85,000 for operational funds.

During capital budget deliberations today, a majority of council voted not to ante up the cash.

Coun. Ted Emond, who was council's appointee to Information Orillia for four years during the last term of council, said he has come to the conclusion the agency is not sustainable financially.

“It has been my experience over the last four years that Information Orillia has not been able to create sustainability in its operation without significant input of public money,” said Emond.

He also referenced a comment from CAO Gayle Jackson in which she said staff, in the wake of the agency's closure, assembled a comprehensive list of groups and agencies that are able to or have stepped in to provide many of the services that Information Orillia had traditionally provided.

“At the same time, general use of Information Orillia, for knowledge about what’s going on in the city, is declining as more and more people become comfortable with the Internet and the city’s website,” said Emond, noting the city is investing money to integrate its website with library and opera house sites.

While commending the group trying to revive the agency, he said Information Orillia should come forward with a business plan and suggested the agency should have to raise at least as much money as the city provides.

Orillia Mayor Steve Clarke said he has “been well aware of Information Orillia and the benefits they bring,” noting he and his wife organized “significant” fundraisers for the agency many years ago.

“And now there is an additional ask of $85,000,” said the Mayor. “I am hard pressed, especially after having a council representative on that board, that Information Orillia is sustainable without a significant partner.”

Jackson suggested the agency meet with the County of Simcoe to see if they could support the agency.

While Coun. Jay Fallis pushed for the funding, ultimately, he was the lone councillor to vote in favour of the idea.

Michael Gollinger, who is chair of the new Information Orillia board, said he was not surprised to learn of the city’s decision.

“It wasn’t totally unexpected in light of the 4.1 per cent tax increase council is looking at,” said Gollinger.

Ironically, Gollinger and other volunteers re-opened the Information Orillia office at the Orillia Public Library today.

“We’ve had a lot of people drop by (today) and tell us how happy they are we are open again,” said Gollinger, who noted several people also gave donations.

Despite council’s decision, Gollinger vows to keep the doors open.

“We are committed to making it run,” said Gollinger, noting there will be a part-time staff member supported by multiple volunteers.

“We are good for three to six months,” he said of their financial picture. “Thanks to donations, we will be able to operate.”

Gollinger said he is open to meeting with County of Simcoe officials to see if they would support their efforts.

All decisions made during budget deliberations are subject to ratification at a special meeting of council Dec. 9.

Currently, as the city moves through two days of capital budget deliberations today and tomorrow, the projected tax hike for residents is at about 4.1 per cent.

However, later today or tomorrow, councillors will determine how much to contribute to their depleted reserves. Some councillors have suggested they could cut back on that funding to lessen the tax increase or to re-consider some contentious items such as Information Orillia funding.