It's time to 'fall in love' with the Orillia Silver Band 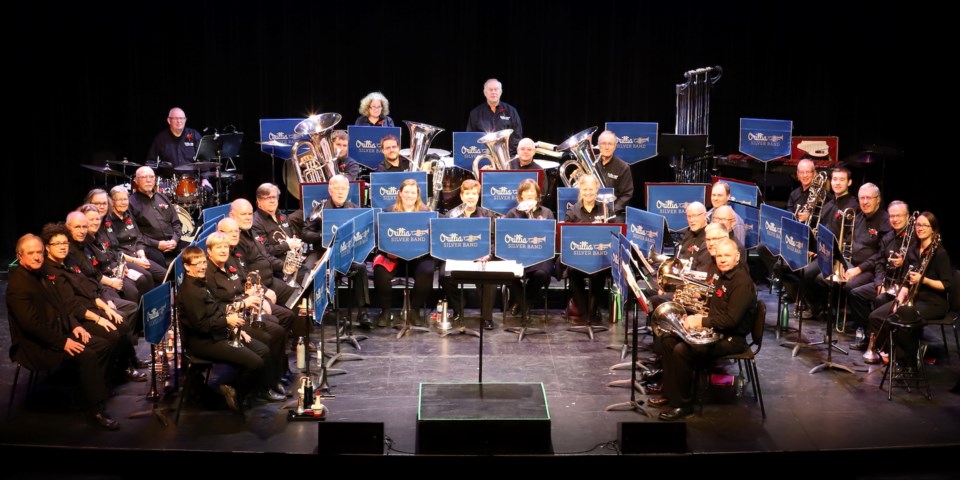 The Orillia Silver Band will launch its 70th season with a Valentine's concert of music inspired by love. Contributed photo

The concert will take place at St. Paul’s Centre, 62 Peter St., Orillia. Tickets are $20 for adults, $10 for students/children and are available from Eventbrite.ca or at the door.

“The concert will feature the music of love, with everything from Mozart to the Beatles,” according to Music Director and Conductor Neil Barlow.

Music from the Marriage of Figaro to Can You Feel the Love? from The Lion King, to selections from My Fair Lady will be highlighted in the first half.  The first half will also include other favourites including the Monkees’ Daydream Believer and I Know Him So Well from the musical Chess.

In the second half of the program, the band will perform the theme from the 1985 American epic romantic drama film Out of Africa, starring Robert Redford and Meryl Streep. This will be followed by the hauntingly beautiful theme from the 1990 Oscar Award-winning Italian film, Cinema Paradiso.

Other love songs include Something by George Harrison, I Don’t Know How to Love Him from the musical Jesus Christ Superstar, and Elton John’s Your Song.

The Silver Band will be featuring a number of soloists, including Fran Harvey on Cornet, Fred Haire on Euphonium, Kim Barlow on Alto Saxophone and the entire Tenor Horn Section.

The band will wrap up the evening with Symphonic Highlights from the 2014 Oscar-award winning animated feature film Frozen.

The Orillia Silver Band was formed in 1949 under the direction of Harry Peacock. In addition to performing locally, the band performed annually for many years at the Canadian National Exhibition in Toronto, winning the Boosey & Hawkes award on several occasions.

So make a date with your sweetheart and join the Orillia Silver Band for some of the best love songs ever written!

Extra marine patrols added to combat increased impaired boating
Jul 3, 2020 6:15 PM
Comments
We welcome your feedback and encourage you to share your thoughts. We ask that you be respectful of others and their points of view, refrain from personal attacks and stay on topic. To learn about our commenting policies and how we moderate, please read our Community Guidelines.