Jimmy Wants a Skatepark ... in Orillia 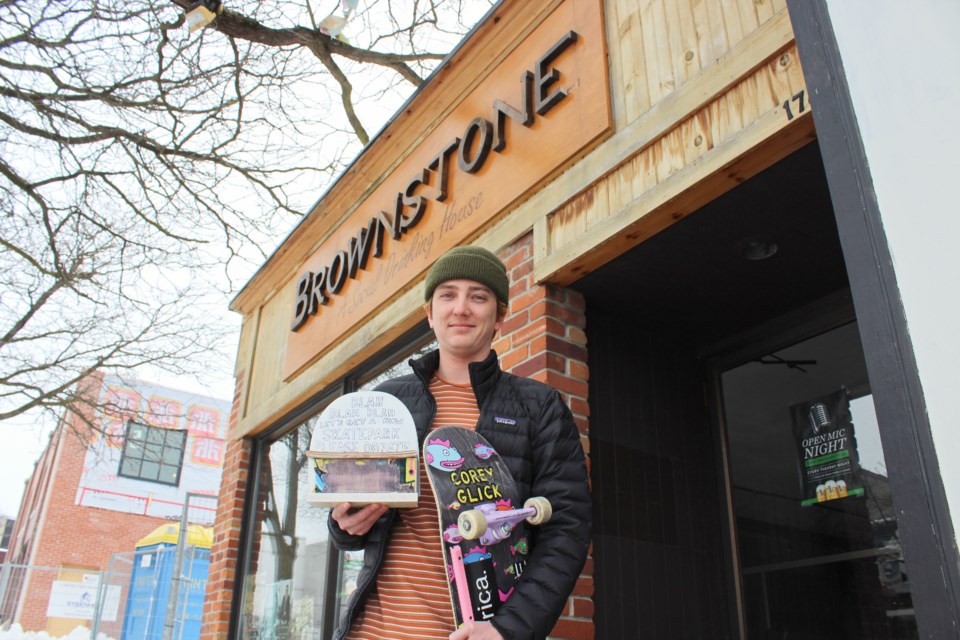 Dylan Court is organizing a fundraiser March 2 at the Brownstone, with proceeds going toward a local group's effort to build a new skatepark in Orillia. Nathan Taylor/OrilliaMatters

A fundraiser next month will aid a local group’s effort to bring a new skatepark to Orillia.

The event, dubbed Jimmy Wants a Skatepark, will take place March 2, from 8 p.m. to closing time, at the Brownstone on Mississaga Street East.

It’s being organized by Dylan Court, a member of Orillia Skateparkers, the group that is trying to get a new skatepark.

“It’s something I care about. I’ve been skateboarding for 20 years and I work at a skate shop,” Court said.

The existing skatepark, located next to Veterans’ Memorial Park, “is missing some key elements and it’s not going to help anyone grow as a skateboarder,” Court said.

“This place was made by guys that make sidewalks. All skateparks now are made by people who just make skateparks.”

Skateboarding will make its Olympic debut next year in Japan, so it makes sense to have an new venue, Court said, as interest in the sport will likely increase when it hits the world stage.

“It’s crazy to see it go from being seen as just dirtball kids skateboarding to Olympic athletes,” he said. “It’s everywhere now.”

Hopefully, he said, Orillia will eventually have “a state-of-the-art facility where people can learn, from beginners to people that have been skateboarding for 40 years.”

During the March 2 fundraiser, there will be live music from Matt Miller and Vexhead (Chris and Claire Levesque), as well as a silent auction.

Court’s artwork — which he creates under the pseudonym Bones — will also be available for purchase and he will be donating 30 per cent of sales to the cause. For those who can’t make it to the fundraiser, the artwork will remain on display and for sale at the Brownstone until early April.

The new skatepark would cost between $500,000 and $1 million, Court estimated. He and others made a pitch to the previous council to help with finding a site and raising money.

“All the councillors agreed that we are in need, but right now there’s no promise,” he said.

Having the new skatepark on the same property as the new recreation centre would be ideal, Court added.

Find out more about the March 2 fundraiser here.