Fred Temple, 48, died July 4 in a fire in Barrie; 'He was really well-liked by everyone,' saysCriminal Lawyers’ Association of the County of Simcoe official
Jul 14, 2020 8:15 PM By: Jessica Owen 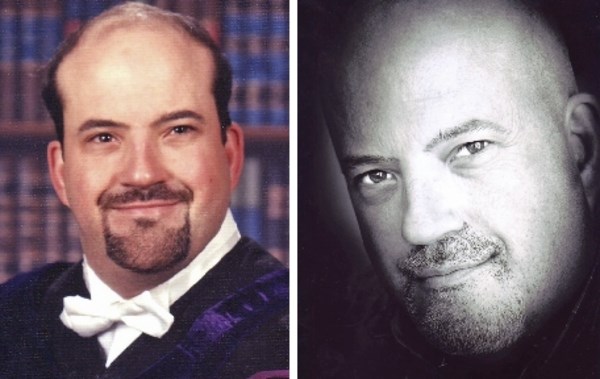 A talented assistant Crown attorney is being remembered for his keen intellect, his compassionate nature and quick wit by the many friends and family he has left behind.

Fred Temple, 48, died July 4 in a fire at his Barrie residence on Shadowood Road in the city's south end.

The cause of the blaze is still under investigation by the province's Office of the Fire Marshal.

“As you can imagine, the sudden loss of a longtime member of our office has been extremely difficult for many of those who were closest to Fred to come to grips with,” Lynne Saunders, Crown attorney with the Barrie office, told BarrieToday. “He was an incredibly talented lawyer and an extraordinary human being that we will all miss very much.”

Barrie criminal lawyer Gary Pickard, president of the Criminal Lawyers’ Association of the County of Simcoe, had known Temple since Temple came to Barrie to work at the Crown’s office.

“He was a fantastic litigator and a really excellent cross-examiner,” Pickard said. “He was very compassionate with everyone he met; defence lawyers and even accused persons.

“He was really well-liked by everyone,” Pickard added.

On a personal level, Pickard said Temple had a tremendous sense of wit and a gift for storytelling. As Pickard is a local defence attorney, he said he and Temple also worked on cases from opposing sides.

“He was always great to deal with. He had a great memory. He could remember cases he and I did 15 years ago that I could barely remember,” Pickard said with a laugh. “He was serious in court, but he had a great sense of humour.

“He was one of my best friends. I would see him four or five times a week outside of court and he was friends with other defence lawyers and Crown attorneys in Barrie," Pickard added. "He grew up in Belleville and had a lot of friends and family in that area. Everyone enjoyed being around him."

Most recently, Pickard says Temple had been working on a project with another Crown making weekly educational session videos on Zoom on trial strategy for new junior Crown attorneys, called Freddie Talks.

“He was a great mentor to the younger Crowns. He took a special interest in them,” said Pickard.

Some of Temple’s other interests included golf and his Catholic faith.

According to his obituary, Temple organized an annual golf tournament in his hometown of Belleville every summer.

“He was a talented courtroom lawyer with a quick wit and keen intellect. He took great pride in acting fairly in the public interest, while also fearlessly advancing difficult cases to verdict,” reads the obituary.

Visitation and funeral arrangements are being made in Belleville.

Temple leaves behind his mother and two sisters.

LETTER: Province's back-to-school plan 'a complete disaster'
Aug 7, 2020 9:30 AM
Comments
We welcome your feedback and encourage you to share your thoughts. We ask that you be respectful of others and their points of view, refrain from personal attacks and stay on topic. To learn about our commenting policies and how we moderate, please read our Community Guidelines.