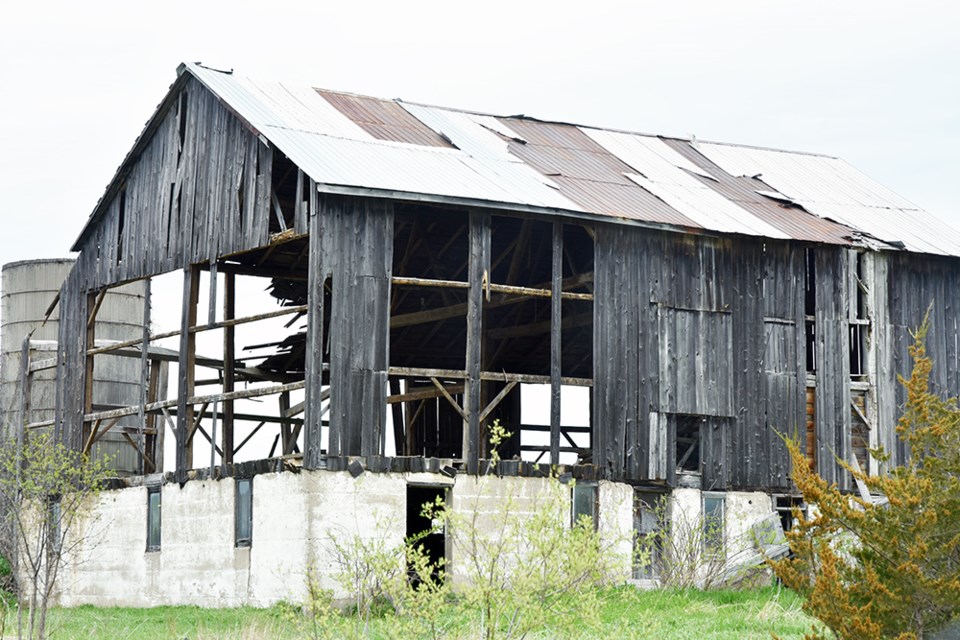 An old barn off the 13th Line in Bradford West Gwillimbury. Miriam King/BradfordToday

Simcoe County’s rural roots can be seen all over the region, from Bradford to Ramara, Severn to Springwater.

Some are in pristine condition, while others are crumbling. Some are altogether gone.

“Barns are the castles of Ontario, and they’re falling down,” said Ted Duncan, president of the Simcoe County Historical Association.

The association started in 1891 as the Simcoe County Pioneer and Historical Society. At the time, most municipalities in the county didn’t have their own historical societies. Many do now.

The association has set out to document as many barns as possible as part of a “barn picture survey” in an attempt to have a comprehensive record for years to come.

“Many in my generation lived on a farm, grew up on a farm or had a relative on a farm,” Duncan said.

He’s hoping others will share, or at least appreciate, that nostalgia and help the association with the daunting task of documenting barns in the county. The goal is to store the photos, along with a record of the green signs bearing the street addresses, in the Simcoe County Archives.

Someone has already documented all of the barns in the former Oro Township and volunteers are almost finished with Ramara, having photographed more than 300 barns, but there are many more to go.

Anyone who is willing to help with the project is encouraged to contact Duncan at tedcansher@sympatico.ca. Anyone with photos of barns that are no longer standing can also send them to Duncan.

Dog at centre of dispute with local rescue organization back home
Sep 25, 2020 5:00 PM
Comments
We welcome your feedback and encourage you to share your thoughts. We ask that you be respectful of others and their points of view, refrain from personal attacks and stay on topic. To learn about our commenting policies and how we moderate, please read our Community Guidelines.