Local hair salon owners anxious to get back to work

'I’m OK with everyone else opening up and I’m happy for them, but to lock just us down at this point is unfair,' says local hair salon owner
Jun 20, 2021 2:30 PM By: Tyler Evans 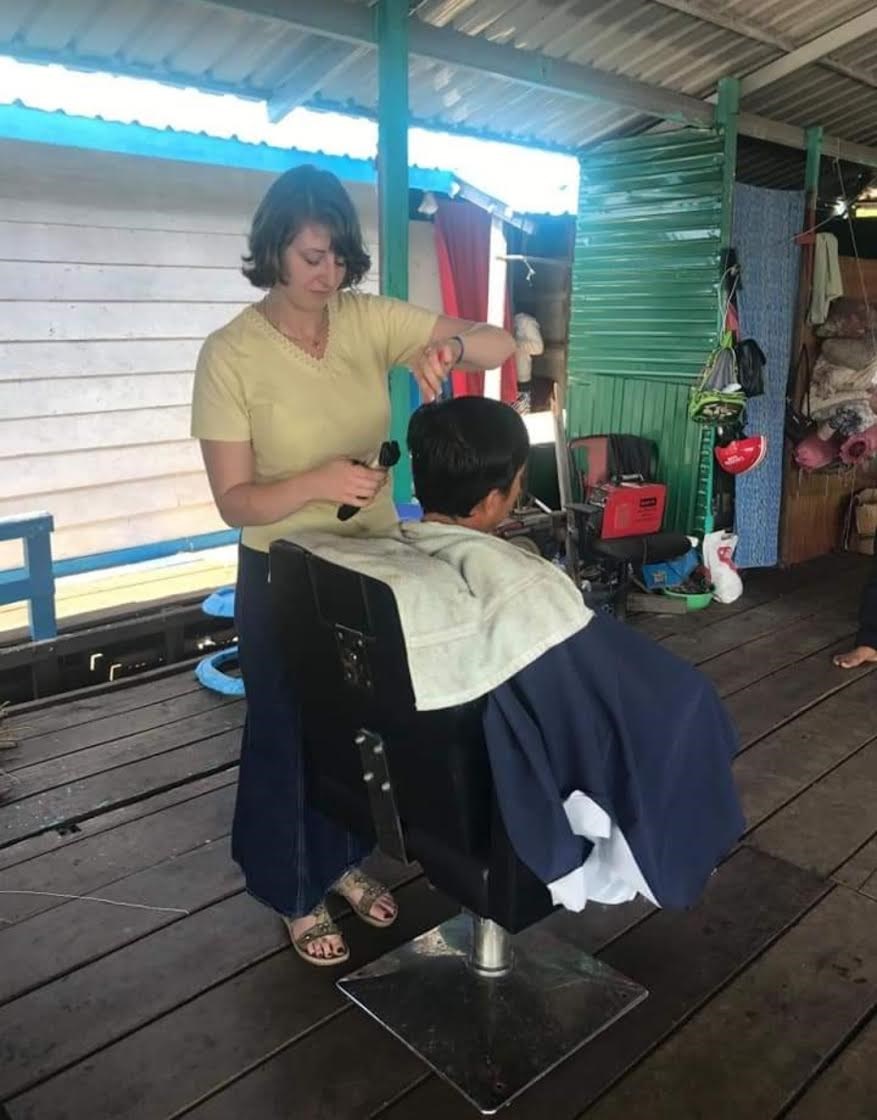 Shears In Gear owner Amanda Bowes is hopeful that she will be able to run her mobile hair care business again before July 2. Contributed photo

While most of Ontario’s economy opened up last Friday when the provincial government moved into Step One of its reopening plan, personal care services such as barbers and hair salons remain closed.

The projected date for a reopening of personal care services would be when the province moves into Step Two on July 2.

City Cutz Hair Salon on Colborne Street is one of the many local shops that is just hanging on by a thread while counting down the days until they can open their doors once again.

“I’m probably down $10,000 of personal money, but I’m lucky that I have another job or else I wouldn’t have any income at all,” said Angela Lewis, who started the business in 2003.

“I have no clue when we will be able to reopen but yet my landlord still expects his rent, Bell still expects the phone bill to be paid, and the hydro bill is still like $100 a month and we haven’t been in there in three months.”

Despite the costly closure that has lasted over three months, Lewis fully intends to reopen her business this summer.

“I want to keep it going for my loyal staff because of their hard work, and they are putting up with all this crap too,” she said.

“I’m OK with everyone else opening up and I’m happy for them, but to lock just us down at this point is unfair,” she said.

While Lewis decided to protest the government’s decision to close down personal care services back in April by remaining open on a Saturday, she does not plan on protesting anymore.

“I’m not going to protest because the government knows what’s right. Some salons only have so many stations, we are talking five people instead of 15, we are following all the precautions, it can be done safely,” she said.

“My staff doesn’t want there to be any more lockdowns and I want this to be over, too. I want to see my family, my grandson, and get back to business. So, if we have to wait a little longer and if I have to take a cut to my bank account then that’s what I’ll do.”

With rumours of an early reopening swirling the Internet Lewis’ next challenge might be staffing.

“I’d have to check with my staff to make sure they have childcare and can come back right away. After three months you start to get into a grove of doing nothing, it’s not as easy as just opening the doors and getting back to work,” she explained.

“The other problem is people don’t want to work; they are making more on government assistance right now because the government is feeling bad for what they've done.”

Once the doors finally open at City Cutz, Lewis will heave a sigh of relief for her business, staff, and customers.

“I don’t think people realize how important haircuts are for people’s mental health, it really does affect people,” she said.

Shears In Gear is another struggling hair salon in Orillia, but the business is not hurting as much as some because the service is completely mobile.

“I don’t have the overhead of rent and utilities, that is the only thing keeping me afloat right now,” said Amanda Bowes who has owned the business for five years.

Bowes' unique service is popular among many local senior citizens who are unable to travel to a salon.

“I actually called the health unit when we first got locked down to see if there was an exception because my service is more like an in-home visit for the elderly, but they said no,” she explained.

To keep her business alive, Bowes has been cutting back on her costs and currently has no employees.

“I have been keeping an eye on the news for when we can get back to work, that’s about it,” she said.

Bowes is hoping the provincial government realizes the importance of personal care services and the COVID-safe environment they provide.

“The very first thing you learn when you go into any kind of beauty industry is sanitation comes before anything else. We are definitely cleaner than a lot of the big box stores that are still allowed to open,” she said.

Bowes vows she will be ready to serve her clients as soon as she is given the green light.

“I’m excited about it, the numbers are going down quite drastically, so I don’t see why there would be any reason to keep us closed any longer,” she said.

Ronnie’s Haircare on Mississaga Street is also just trying to survive until the provincial government gives personal care businesses the go-ahead to open.

Janna Brock has owned Ronnie’s for the last nine years, and while times are dark for her and many other business owners, she is trying to keep a positive mindset.

“The government has given business owners a rent subsidy which has definitely helped out, and I’m lucky that I don’t have many personal expenses, but it definitely hasn’t been easy,” she said.

“Luckily, I had savings, so where there is a shortfall, I’m able to make up for it. But I can tell you that I know of other people and places that aren’t going to make it and it’s scary," said Brock.

To reduce costs and stress Brock hasn’t employed anybody during the pandemic. To keep herself busy during the current closure she has been volunteering at the Comfie Cat Shelter.

“I’ve been able to keep busy that way, but when we closed back in April I didn’t think it would be this long,” she said.

Brock is hopeful the province moves to Step Two before July 2, but the mixed rumours have left her unsure.

“I’ve heard on-and-off rumours from other hairstylists and there is a mixed opinion on what is going to happen,” she explained.

“I just don’t know which is frustrating because I could start booking for July 2 right now, but if they open up early that opens a can of worms with trying to move people around...It’s a whole mess.”

Brock says it will be a relief once she can reopen.

“I’m excited to see all of my regulars and probably some new people as well. I’m just trying to make it to that point when we are back open again.”