'If the May long weekend comes around and (Ford) says we are extending the lockdown, that would be devastating to boaters,' said local marina owner
Apr 26, 2021 1:30 PM By: Tyler Evans 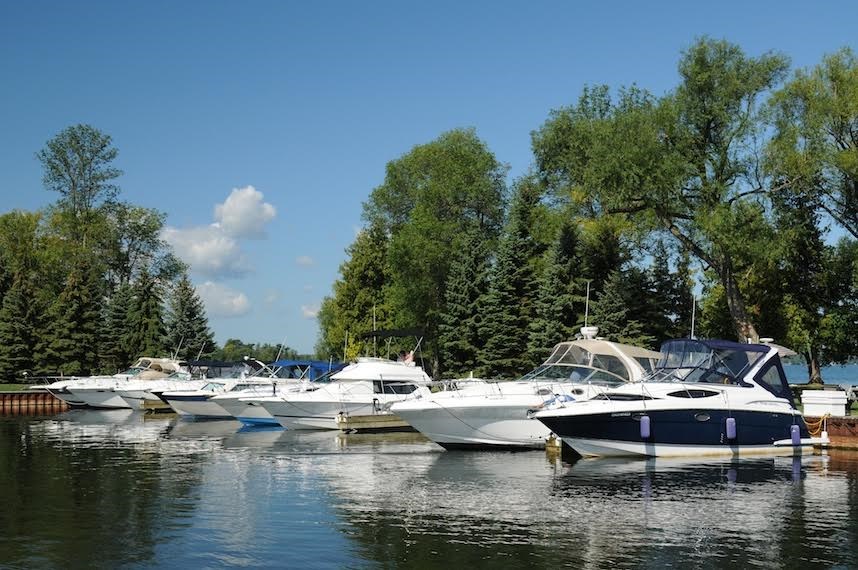 Local Mmarinas are hoping to open in time for the Victoria Day long weekend. Contributed photo.

During the provincewide stay-at-home order, local marinas are only allowed to be open for essential services.

Allan Lafontaine, executive director of the Orillia District Chamber of Commerce and the harbour master for the Port of Orillia, says the most recent lockdown comes at a bad time.

The Port of Orillia hasn’t had to lay off any staff in the wake of the stay-at-home order, however, fewer students will be offered jobs this year.

“Usually, every year, we hire students, and I haven’t brought our staffing back up to where we were in 2019. It impacts our staffing levels and people who are now going to be two weeks behind on being employed,” Lafontaine said.

“We were going to hire a couple of new employees this year, and we’ve had to delay that, so it’s tough on everyone.”

Dr. Peter Juni, science director of the health science table (which advises the provincial government), has said they did not recommend closing outdoor amenities such as marinas.

“I think certainty outdoor activities appear to be safe, so we would like to see the data that the government is using to decide to make these closures,” Lafontaine said.

Lafontaine is hopeful the Port of Orillia will be able to open when the stay-at-home order is scheduled to end on May 20.

The Port of Orillia is working with Boating Ontario and the Ontario Chamber of Commerce to lobby the province into reversing their decision, said Lafontaine.

“We are putting out calls and trying to figure out why it is that we are shut down, we are looking for that data.”

Over at Bridge Port Marina on Couchiching Point Road, owner Trevor Lecluse says the marina has never been busier.

Unlike the Port of Orillia, which remains fully closed, Bridge Port Marina is open, but by appointment only for essential service. They can put fuel in boats, sell boats and parts, and service boats.

“I would say we are busier than we have ever been to be honest with you. People aren’t spending money on going out to restaurants, travelling, and those sorts of things that they might do in a normal time, so they are spending that money on boating and other recreational activities,” Lecluse said.

The uptick in the demand means a record amount of staff members at Bridge Port Marina.

“I’m a fairly new owner, but in talking to the staff, we’ve had the busiest winter in the history of the marina, and to their knowledge they’ve never kept as many staff employed annually full time, there is just so much demand right now," he said.

“There was snow (last) week, the new marine contract doesn’t go into effect until May 1, and most boats in our region aren’t even in the water yet,” he said.

However, if the stay-at-home order is extended past May 20, marinas and boaters alike will feel a negative impact.

“We are waiting to see what Doug Ford says next. If the May long weekend comes around and he says, ‘we are extending the lockdown,’ that would be devastating to boaters,” Lecluse said.

“If they allow boaters to come back May 20, it would be a regular boating season. In my opinion, that weekend sort of symbolizes the start of the new season.”

Lecluse says he’s staying optimistic that boats will be back in the water for the Victoria Day long weekend.

“If we lose our optimism, what would we have left? We have to remain positive and hope for this boating season to be a go on May 20," he said.

“Everyone needs a return to normalcy and an escape from the last 14 months of our lives," he said.

Bridge Port Marina is also working in conjunction with Boating Ontario to lobby the province into allowing boating to resume in time for May 20.

Orillia and Lake Country Tourism Executive Director Kris Puhvel says he is also hoping to see recreational activities resuming in the near future.

“It goes without saying that our local marinas and golf courses will feel the economic pain with the current closures,” Puhvel said in a written statement to OrilliaMatters.

“As seasonal businesses, every day of operation counts, and we hope that they can resume their day-to-day activities as soon as officials deem it appropriate to do so.”