Local restaurant owner was going to open 'no matter what'

Perry Alpitsis had planned to open Uncle Perry’s Seafood and Steak in March; 'Everybody loves it. There are more people coming every day,' he says
Aug 7, 2020 11:15 AM By: Nathan Taylor 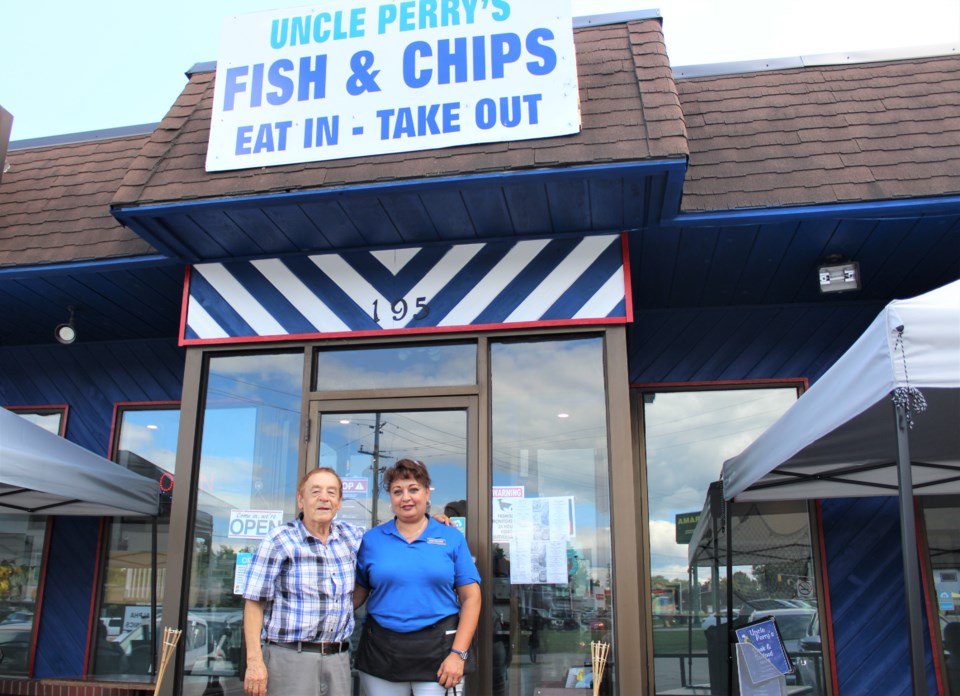 It would have been understandable for Perry Alpitsis to abandon his plan to open a restaurant amid a pandemic.

After all, during an interview with OrilliaMatters in January, he said the goal was to open the doors to Uncle Perry’s Seafood and Steak — where The Donut Line used to be — in March.

He was finally able to open about three weeks ago.

“I was gonna open no matter what,” Alpitsis said. “If I had a hard time getting customers, I’d do whatever I could.”

It seems all he had to do was flick on the ‘open’ sign.

“Everybody loves it. No complaints,” he said. “There are more people coming every day.”

And, if there are complaints, he’s ready to make it right.

“If they don’t like it, they don’t pay anything,” he said. “I want people to like my food.”

Uncle Perry’s Seafood and Steak offers dine-in and takeout options and it has a patio for those who want to eat outside.

New fish and chips restaurant set to open in old coffee shop
Jan 26, 2020 12:15 PM
Comments
We welcome your feedback and encourage you to share your thoughts. We ask that you be respectful of others and their points of view, refrain from personal attacks and stay on topic. To learn about our commenting policies and how we moderate, please read our Community Guidelines.