Perseverance pays off for Brechin's Kaz Kirkness; 'It’s contributing to something I find very valuable, which is education,' he says
Jun 26, 2020 3:30 PM By: Nathan Taylor 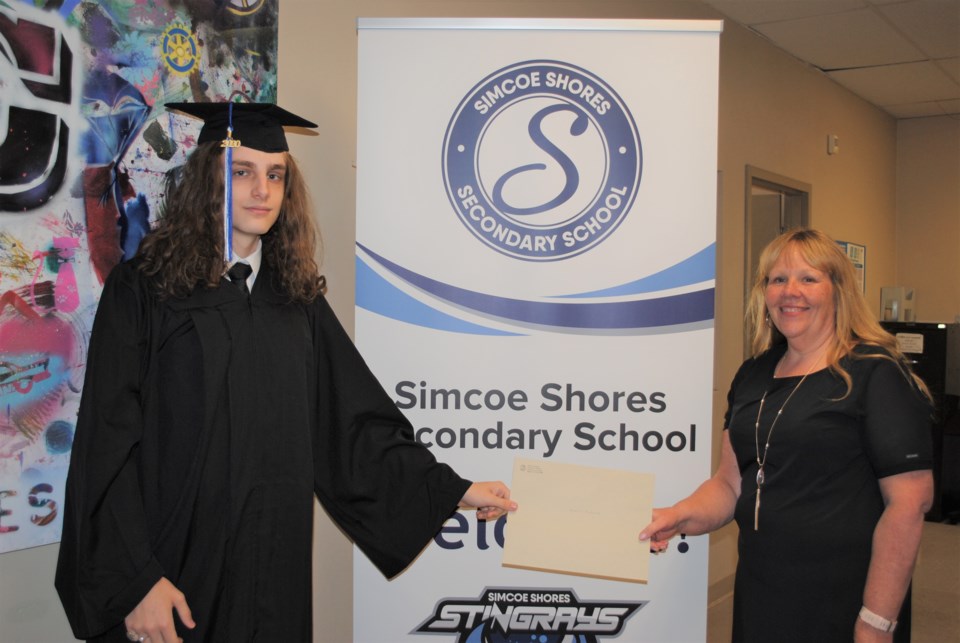 When Kaz Kirkness suffered a concussion during a soccer game a few years ago, the Brechin teen soon realized the regular high-school setting didn’t work for him anymore.

“I couldn’t handle the big crowds and the fluorescent lights. It literally hurt my brain,” said Kirkness, 19.

That’s when he connected with Simcoe Shores Secondary School, which is, as described on its website, “a reimagined alternative to the traditional secondary school experience for students 16 to 21 years of age wishing to re-engage or continue their education in a smaller, personalized program with various modes of learning designed to meet individual learning needs.”

With the help of the school’s guidance office, Kirkness was able to focus mainly on e-learning with Simcoe Shores.

“It was difficult at first, but I really enjoyed it,” he said.

The experience paid off in more ways than one. On Thursday, he received a $4,000 scholarship from the JAK (Justin Alexander Keogh) Fund to go toward his post-secondary education.

The fund was created in memory of Keogh, who died in a car crash in 2013. Keogh wanted to become a youth counsellor, and his family wanted to create a fund in his name to support other youth.

“I am very supportive of the JAK Fund’s goals towards helping youth. I am very appreciative to receive this scholarship and hope to pay it forward someday soon,” Kirkness said.

When he learned he would be receiving the award, he was “speechless.”

“I was overwhelmed,” he said. “It’s fabulous. It’s contributing to something I find very valuable, which is education.”

Kirkness plans to attend the Metalworks Institute to learn to produce audio and further his music knowledge.

“I’d like to spread a positive message among people, especially my age, through a medium like music,” said Kirkness, who plays guitar. “I eventually want to make my own music, but if I could open a studio to help others make music, I would as well.”

“He has excellent grades and he’s an Ontario Scholar as well,” she said.

Millard-Smith noted students who attend Simcoe Shores “face a lot of challenges and barriers” that make it difficult for them to thrive in a regular school environment. Despite those challenges, the students have done well, especially during the COVID-19 pandemic.

“It’s amazing to me how they stuck through their education through distance learning,” she said. “I’m so proud to be their principal.”

Kirkness thanked his parents for their support, and he wanted to give a shout-out to three people in particular at Simcoe Shores: Millard-Smith, guidance counsellor Janet Carter and teacher Tina Fernandez.