Recent weather has the snowmobiling season bogged down, but colder, snowier days are expected to return
Jan 12, 2018 2:57 PM By: Nathan Taylor 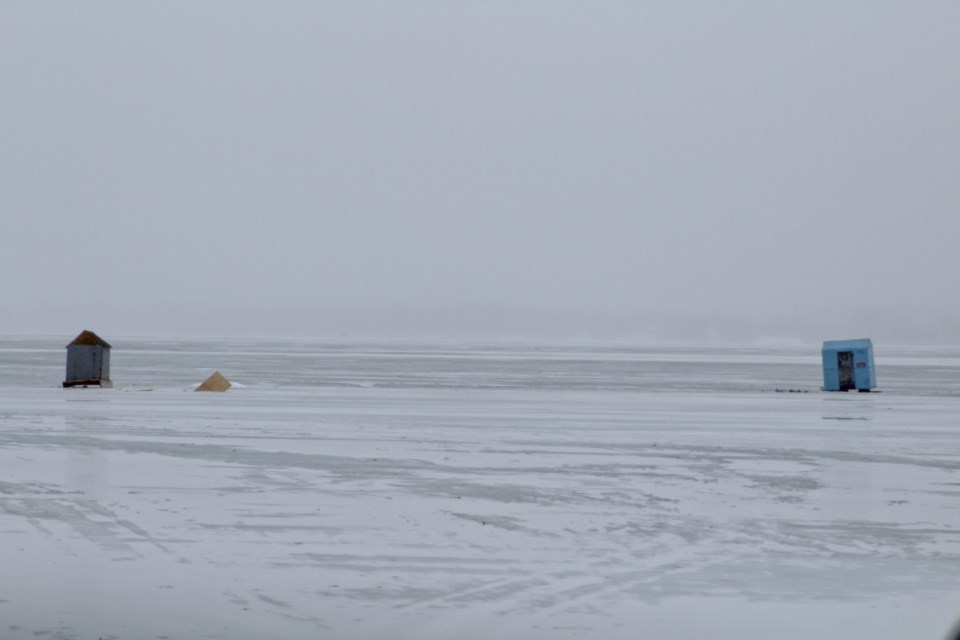 Ice huts on Lake Couchiching in Orillia, seen from the foot of Borland Street on Friday, Jan. 12, 2018. Nathan Taylor/OrilliaMatters

The January thaw happens at least once a year, but what the Orillia area has experienced in the past 48 hours "is not something we usually see," according to David Phillips.

"The January thaw is almost like death and taxes," said the senior climatologist for Environment Canada, but he added the milder temperatures late this week "are pretty pronounced."

It has put the brakes on the snowmobiling season.

"We were doing fabulously up until (Thursday)," said Rob Love, president of the Orillia District Snowmobile Club. "You could've gone snowmobiling from Ottawa all the way down to Strathroy. Now everything has gone to red."

Environment Canada is predicting snow and colder temperatures for all of next week, but the Orillia area is expected to get about five centimetres of snow this weekend.

"A few centimetres is probably not enough after (Thursday's) rain," Love said, "but anything is helpful. Another 15 to 20 centimetres and we'd be back on."

He advised snowmobilers to keep an eye on the interactive map, which can be found at ofsc.on.ca.

Love hopes to see more freezing temperatures and snowfall, and it looks like he'll get his wish.

Jan. 19-22 is typically what Phillips refers to as "the dead of winter." Next week will see colder temperatures return, followed by more seasonal weather.

In an area like this, where a cold, snowy winter is a significant economic driver, "we need that to come back, and it will," he said.

A flash-freeze warning was issued for the region Friday. The expected high was 9.6 degrees Celsius, with temperatures plummeting to -16 by Saturday.

That's good news for those who want to get out ice fishing on Lake Couchiching. However, with pools of water on top of the ice Friday, OPP reiterated its message that "no ice is safe ice."