Orillia duo up for Blues and Roots Radio award 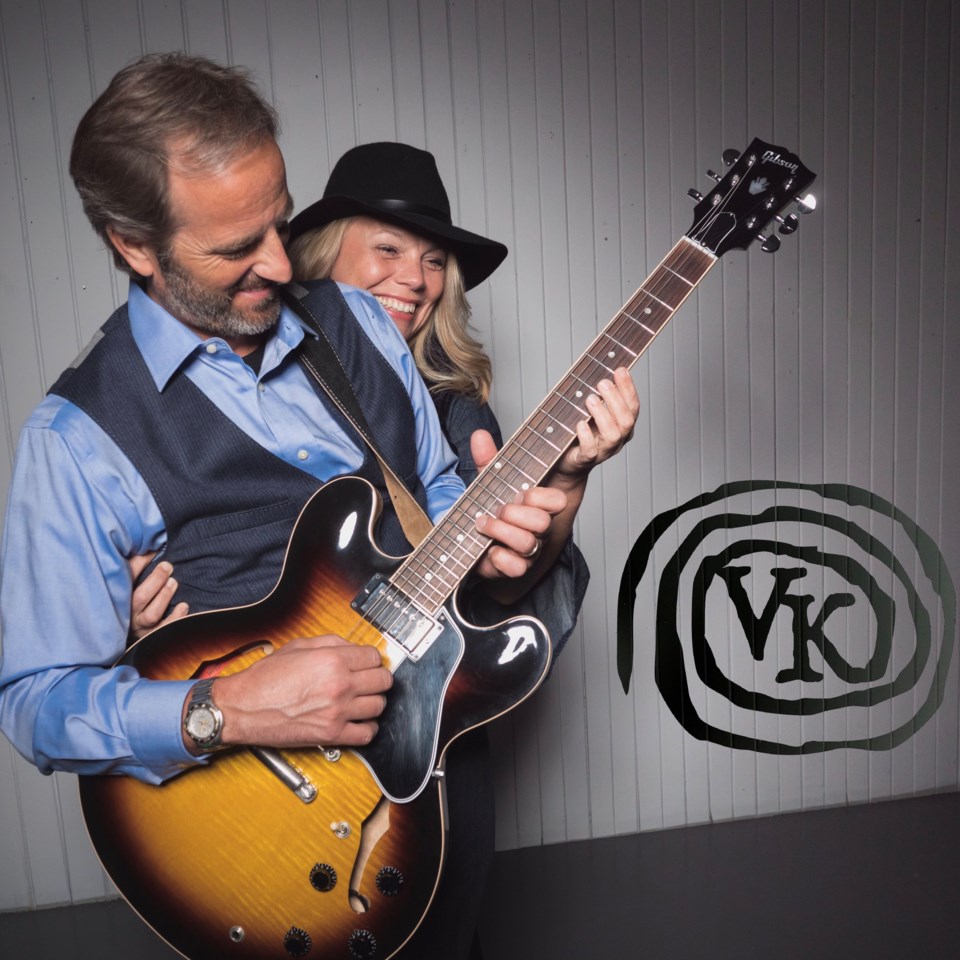 Orillia duo VK, made up of Steve and Marni Van Kessel, is up for Blues and Roots Radio Worldwide Album of the Year. Supplied photo

A husband-and-wife musical team from Orillia is in the running for the Blues and Roots Radio Worldwide Album of the Year.

Steve and Marni Van Kessel, who make up VK, will find out Dec. 20 if they’ve won for their latest album, Terms and Conditions.

“We were very pleased and pretty excited about it,” Marni said.

When they were playing as VK and the Narrows, they were included in the CBC Searchlight competition about six years ago, but the Blues and Roots Radio nomination is the first time they’ve been up for an award.

“The amount of airplay and support they’ve given us has just blown us away,” Steve said of the station blasting VK’s music to the world.

“They really help promote the independents and the non-mainstream music that’s out there,” Marni added. “That’s what makes them so special.”

Terms and Conditions is the Van Kessels’ second album, having released Doin’ Just Fine with the Narrows in 2014. The sophomore album is a personal one for them, but it was still a team effort. Musicians who have performed with VK over the years, whether with the Narrows or Legends of the Deep, and some new contributors joined the effort. They include Dave Hewitt, Jeff Traplin, Jamie Hassard, Steve Parkes, Jason Beers, Sybil Shanahan and Brooke Stewart. Well-known harmonica player Roly Platt also played along on one of the tracks. The Van Kessels, who run their own label, 112 Records, praised 112 Records partner and recording engineer Mac McGill, too.

Many of those featured on the new album are local.

“It’s amazing how much musical talent is in this area,” Steve said. “To have the good fortune to play with so many top-notch musicians is such a pleasure.”

They’re preparing to go back into the studio in January, backed by Legends of the Deep (John Lebarr, Jamey Heidman, Roger Stanley and Sean Murray). While VK is a duo, the band has had plenty of help from other musicians.

“It’s been an interesting journey, and a lot of kudos and credit go to everyone who has supported us along the way,” Marni said. “We’ve gotten where we are today because of that support.”

In the new year, they will start booking gigs and applying to festivals, and the added exposure afforded to them by the Blues and Roots Radio nod can only help.

“The timing of this nomination couldn’t be better,” Marni said.

For more on VK, check out the 112 Records website.

VK’s recently released video for What Makes Sense can be viewed here.