'The bottom line is the (forum) is about allowing the public to have a say,' says organizer; Incumbent Bruce Stanton has opted not to participate
Sep 22, 2019 1:30 PM By: Dave Dawson 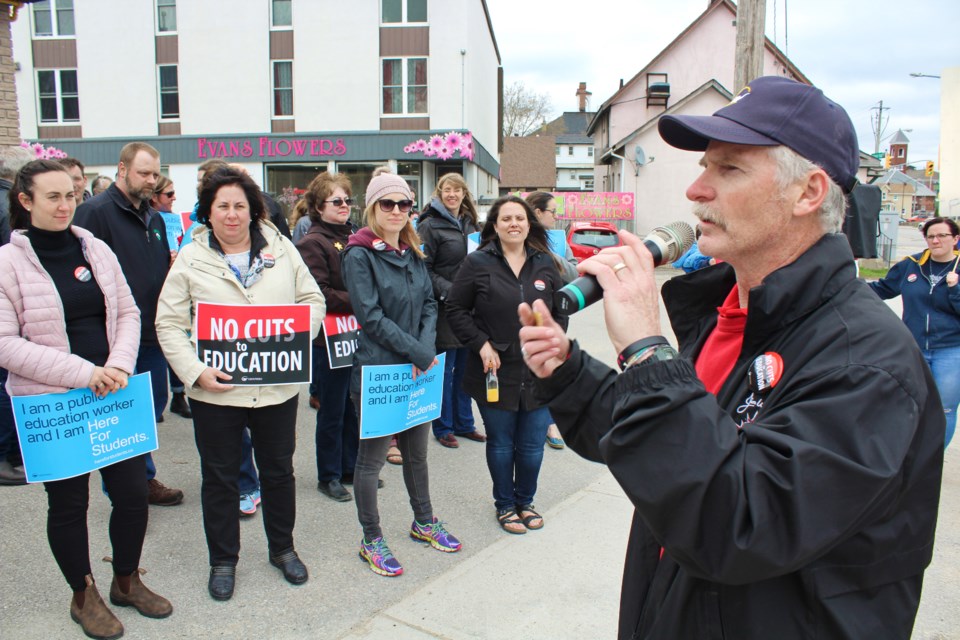 The Orillia For Democracy (OFD) event will be held Sept. 26 from 7 to 9 p.m. at St. Paul’s Centre. The forum will be live-streamed on Rogers TV.

“The bottom line is the (forum) is about allowing the public to have a say,” says John Winchester.

The retired former Park Street Collegiate Institute teacher organized regular all-candidates event at the high school in an effort to engage students in the political process.

“I did my first one in 1993 at Park Street,” said Winchester, noting those events were typically limited to one hour or the duration of one class. “Now, we have two hours, which gives us time to flesh this out and amp it up.”

The format will be similar to most debates; candidates will be given three minutes to introduce themselves.

Then, each will be asked a series of four questions - provided to them in advance. The moderator will ask some followup questions and then the candidates can each ask two questions of the other candidates.

Audience questions will also be taken, said Winchester, who is co-organizing the event with fellow OFD member Dennis Rizzo.

To date, only incumbent MP Bruce Stanton has opted not to participate.

“Unfortunately, (Stanton) has chosen not to attend,” said Winchester, who noted the MP’s campaign team had “concerns about who came up with questions" amid other concerns.

“We rank-ordered the questions to try to make sure they cover a variety of topics,” he said, noting the group's questions focus on affordable housing, climate change, health care and student debt.

“If these aren’t concerns of the Conservative Party, that concerns me,” said Winchester. “That’s their decision ... it’s too bad.”

Liberal candidate Gerry Hawes, People’s Party of Canada candidate Stephen Makk and Chris Brown of the Christian Heritage Party have confirmed they will be in attendance.

Local Green party officials have said they will also participate, although they don’t have an official candidate yet. The NDP, who is expected to name a candidate any day, also plans to attend.

“I think we will have five of the six candidates, so that’s pretty good,” said Winchester.

The long-time educator said it’s important for voters to attend such events and learn about the local candidates, their parties and their policies.

He also noted it is “easy for people to get jaded and to get cynical” about politics.

“The Liberals have been attacking (Conservative leader) Andrew Scheer for his comments 15 or 16 years ago regarding same-sex marriage. Obviously, they are trying to brand him as somewhat of a bigot.

“Now we see revelations from the last two decades of (Prime Minister Justin) Trudeau dressing up in blackface or brownface,” said Winchester.

The problem, he said, is the “average person is going to walk away from this saying all politicians are all about negativity.”

However, at the grassroots level, that is typically not the case, he said.

“Having lived in this riding for 32 years, I’ve never seen that. I have not seen any dirty politics here,” said Winchester.

He hopes to see the 400-seat Great Hall at St. Paul’s packed with voters - especially those interested in social issues.

Orillia for Democracy was formed about a year ago, soon after Doug Ford became premier and threatened to invoke the notwithstanding clause to slash the size of Toronto’s city council.

The group also met outside council chamber at city hall when the city was discussing its waterfront plans and has held rallies about education concerns outside MPP Jill Dunlop’s office.

“With the election coming up, we felt organizing an all-candidates forum was just something we should do,” said Winchester.

Thursday night’s forum will be moderated by Ron Ptasiuk of Rogers Politically Speaking.

The event is free.

Ontario reports 130 new cases of COVID-19 today
Jul 11, 2020 10:44 AM
Comments
We welcome your feedback and encourage you to share your thoughts. We ask that you be respectful of others and their points of view, refrain from personal attacks and stay on topic. To learn about our commenting policies and how we moderate, please read our Community Guidelines.