Orillia to investigate a possible ban on single-use plastics

City staff will prepare a report on what a ban would look like; 'We need to create awareness ... (about) the harm these single-use plastics create,' councillor says
Jan 14, 2020 10:15 AM By: Dave Dawson 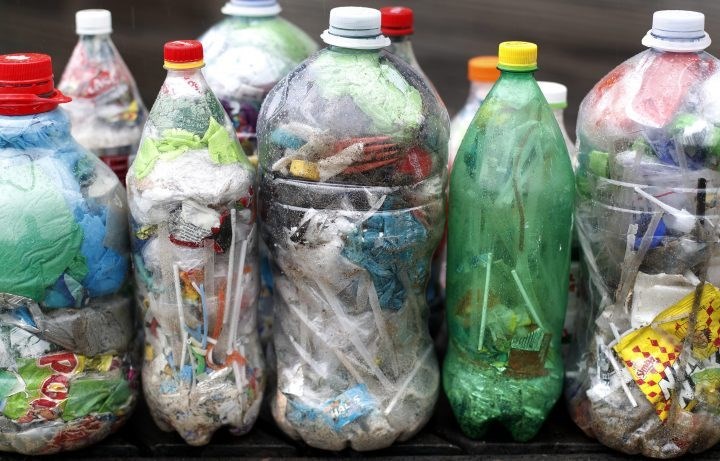 The City of Orillia is pondering banning single-use plastics.

“Every year, Canadians throw away about three million tons of plastic waste,” noted Cipolla, adding this represents about $8 billion in lost value and waste.

“About one-third of the plastics used in Canada are for single-use or short-lived products and packaging,” Cipolla said. “In fact, in Canada, up to 15 billion plastic bags are used every year and close to 57 million straws are used daily.”

He said statistics show that one million birds are injured or killed every year when they mistake plastic for food.

“I speak from experience,” said Cipolla, who recounted how his beloved dog, Rudy, swallowed a piece of plastic while walking on a local trail.

“We faced a difficult decision to put him down or (do) a very expensive operation,” said Cipolla, noting the operation, which was successful, was chosen.

“We need to create awareness within our community and, secondly, the harm these single-use plastics create for wildlife and pets is astronomical,” said Cipolla.

He said plastics can be seen accumulating in the waters at the Port of Orillia; he noted there is “a lot of work to do.” I

Cipolla said he’s driven by a desire to improve the environment for future generations.

“If we don’t do anything, 20 years from now, my grandchildren are going to say: ‘Grandpa, why did you let it happen?’”

Coun. Mason Ainsworth said he was in favour of the intent of the idea, but wondered about its scope and logistics.

“Does it include all single-use plastics? Are we looking at banning the sale of them? The manufacturing of them? How is that going to happen?” he asked.

He also said he is concerned about the amount of staff time such a “major, major project” would eat up and noted the federal government is looking at such a ban for the entire country and is already doing the work and researching the matter.

“I definitely support what we’re trying to get to, but there’s a whole bunch of variables,” Ainsworth said. “Like are we going to ban stores from selling single-use plastics? I’d like to see some scope or scale to this.”

In conversations with the economic development department, Emond learned there are about 150 to 200 people in Orillia employed in this industry.

“I would ask, in preparing the report, staff ... hold consultations with Polyethics, Barry Plastics and others not only about the potential impact a ban of this nature would have on their business, but find out what they as a participant in that industry are doing today ... and tomorrow to help alleviate issues going on with respect to the production of single-use plastics ... and the inability of the world’s citizens” to be more environmentally conscious.

The mayor stressed a report from staff would be merely a starting point.

“This is just a report to look at the possibilities of what a potential ban might look like,” said Clarke, who also cited some alarming statistics about the scourge of single-use plastics that “are filling our landfill.”

The impact is also being felt in other ways. He referenced the recent community pitch-in event during which he, his wife, other councillors and other volunteers cleaned up a stretch of Cochrane Street.

“There was a horrendous amount of waste (and) a lot of it was plastic bottles, plastic bags. They were becoming entwined in the natural environment,” said the mayor.

He also noted many countries, such as France and Germany, have banned single-use plastics along with cities such as Montreal and, closer to home, the Town of Blue Mountains.

He said a staff report would “contemplate what a ban might look like.” He said the ban could focus on one or a handful of items. It could be voluntary initially before a move to a legislative approach, he suggested. Or it could be a hybrid.

Council voted in favour of the report, which will come to a future meeting.