Volunteer committee behind event has disbanded; 'It was a tough decision,' said official
Dec 4, 2018 5:15 PM By: Dave Dawson 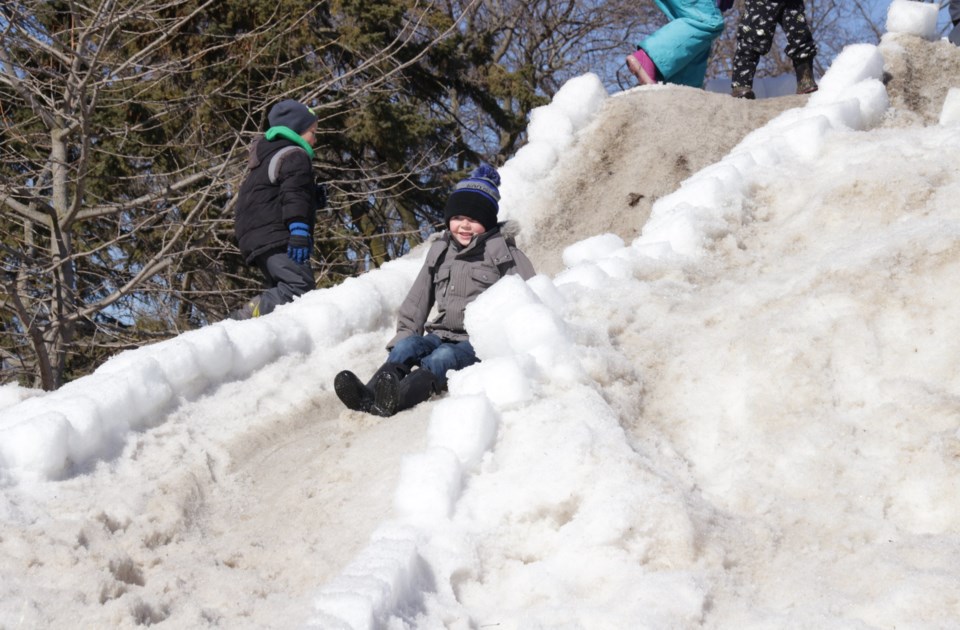 Rory Barton, 8, takes a go on the makeshift slide, converted from the melting ice castle, which is a staple at last winter's Orillia Winter Carnival. Mehreen Shahid/OrilliaMatters

The Orillia Winter Carnival committee announced late this afternoon that its members have voted to disband; the group will not plan any future carnivals.

“It was a tough decision, but in the end, the small volunteer committee decided to pull the plug due to budget constraints, lack of volunteers and general lack of support for the event,” said carnival co-chair Mark Earl.

“We have struggled for several years to make the event bigger and better, but each year attendance drops and fewer volunteers carry the load. It simply may be the event has run its course and it’s time for something new,” said Earl, a long-time carnival volunteer.

What most people fail to realize, organizers said, is that most of the winter carnival events are run entirely by volunteers and not the City of Orillia.

The Orillia Winter Carnival, the Santa Claus Parade, Canada Day, Civic Holiday Weekend, the Orillia Business Expo are all driven and run by volunteers, notes the committee's media release. In some cases, officials noted, the city provides small grants but, generally, the volunteers are also responsible for raising funds necessary to keep the events running.

Local businesses have been generous in the past but with so many organizations struggling to survive, donations are being spread thinner, officials noted in a media release.

The Orillia Winter Carnival has a deep and proud heritage in the community; the event was first held in 1928.

In its more modern incarnation, Shivers’ Ice Castle became the centrerpiece of the annual event and served as its headquarters at the Port of Orillia.

Organizers have tried to add and change numerous components of the two-day weekend event in recent years in an effort to inject some new energy and arouse more interest in the event.

The current committee would like to thank all of the past sponsors and volunteers for their time and donations.

All is not lost, however. A group in Severn Township is hosting a carnival at ODAS Park on Jan. 25-27, 2019. The public is encouraged to attend and support this event.

The Orillia Winter Carnival Committee will meet again in January to determine its next steps such as closing the not-for-profit in accordance with rules and regulations for not-for-profit organizations.

Police shut down major marijuana grow-op in Midland
Sep 29, 2020 1:55 PM
Comments
We welcome your feedback and encourage you to share your thoughts. We ask that you be respectful of others and their points of view, refrain from personal attacks and stay on topic. To learn about our commenting policies and how we moderate, please read our Community Guidelines.