High valued cards have increased by over 115 per cent as collectors or those getting into the hobby have had more time or interest in it
Feb 14, 2021 9:30 AM 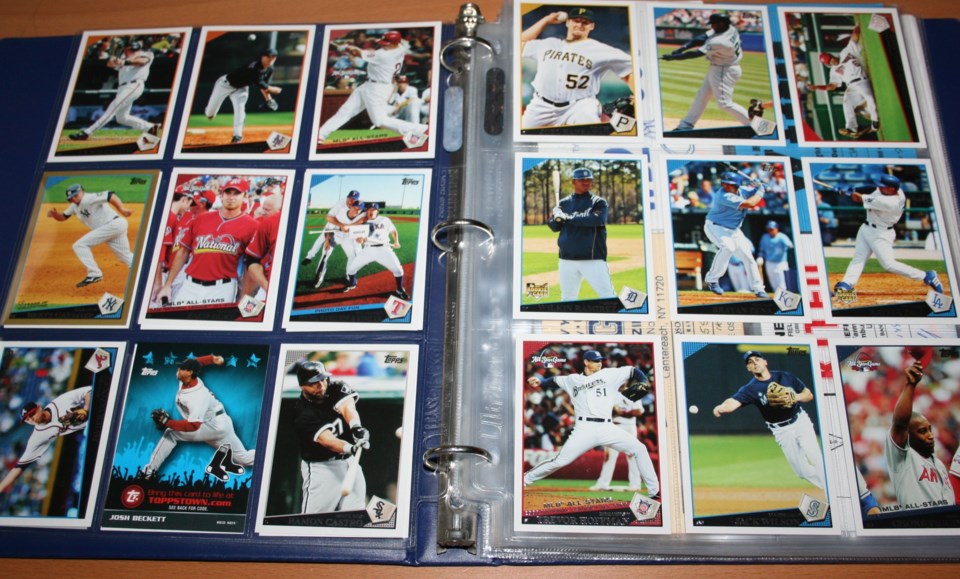 Hockey greats Gordie Howe, Bobby Orr, and Wayne Gretzky were a staple of many childhood collectors. Whether their hockey cards found a cherished place in a box or a binder, or between the spokes of a bike wheel, a hockey card connected people with their hockey idols.

The hobby of sports card collecting hit its peak in the early 1990s as companies like Upper Deck, Score, and O-Pee-Chee printed card after card. Over-production during that period drowned values of all but the rarest of rookie cards. But a resurgence in the hobby has happened, in part due to the COVID-19 pandemic.

“Most people don’t understand what these cards are truly worth,” said retired tax accountant and collector Barry Casselman. While being a longtime collector himself, he also started his own business helping other collectors realize what treasures they might have sitting in a shoe box somewhere.

“If people have cards of value, they may not know what to do with them,” said Casselman. “How to get them graded and realize the value of the cards. Maybe they want to keep them as a hobby, or if they want to sell them, I help with that.”

Regardless of what sport a collector collects, rookie cards are the biggest draw.

Recently, a 1979-80 O-Pee-Chee Gretzky rookie card was sold at auction for US$1.29 million US. That card was graded as a 10, as near to a perfect card as one can get. In fact, according to NHL.com, there are only two known cards graded as a 10. In comparison, a six-graded version of the card sells for about $5,000 US.

It’s not just older cards that get the attention of collectors, or high values. Canadian soccer star Alphonso Davies’ rookie card from 2018 is worth over US$600.

He said the interest has been driven by high value cards like the Gretzky rookie, and by people reconnecting with that nostalgia angle of their youth. For those starting out, collecting contemporary rookie cards is one of the better ways to go.

“Take Tim Stützle who was drafted third overall by the Ottawa Senators in 2020,” Casselman explained. “He was named MVP of the World Juniors and if he continues to do well, the value will only go up.”

An example of younger players whose cards have skyrocketed are Toronto Maple Leaf players Mitch Marner and Auston Matthews. Both players’ rookie cards from 2016 already go for over $500 each.

Nostalgia is also a part of it. A favourite player or team from years ago is sometimes a more expensive, but also a more enjoyable way of collecting.

Casselman said that since the pandemic began, high valued cards have increased by over 115 per cent as collectors or those getting into the hobby have had more time or interest in it.

Collecting, especially older cards, comes with its pitfalls. If a card is authentic, an abused or mis-cut card can reduce the value. Still it is better to have a card graded and know the value. Even cards that are “rough around the edges” can still command a higher price.

Then there are fakes.

One example Casselman shared showing the importance of having a card graded comes from his own recent experience.

Last fall, he purchased a 1979-80 Wayne Gretzky rookie card from a dealer and sent it to PSA Canada for grading.

PSA is the main grading and authentication company in North America. Several weeks later, he received a call with unexpected results.

“It was a fake,” Casselman said. “It was a good one, printed about 20 years ago. But it’s fake nonetheless.”

Before sending it away, based on the condition, he expected the value of the card would be about $3,000. Now it is worth the cost of the paper the fake was printed on.

“It just goes to show you really need to have cards authenticated and graded,” Casselman said.

He did receive his money back from the dealer, who he said was shocked that it was a fake, too.

“Some of the cards, it is really hard to tell,” Casselman said.

While his main business is helping others see what cards they have and what the value is, Casselman does buy and sell some cards as well.

Casselman can be reached by email at bcasselman@bell.net.

Phillip Blancher is a Local Journalism Initiative reporter with The Leader