Parents, board officials 'shocked' by Ford's call for outdoor graduations 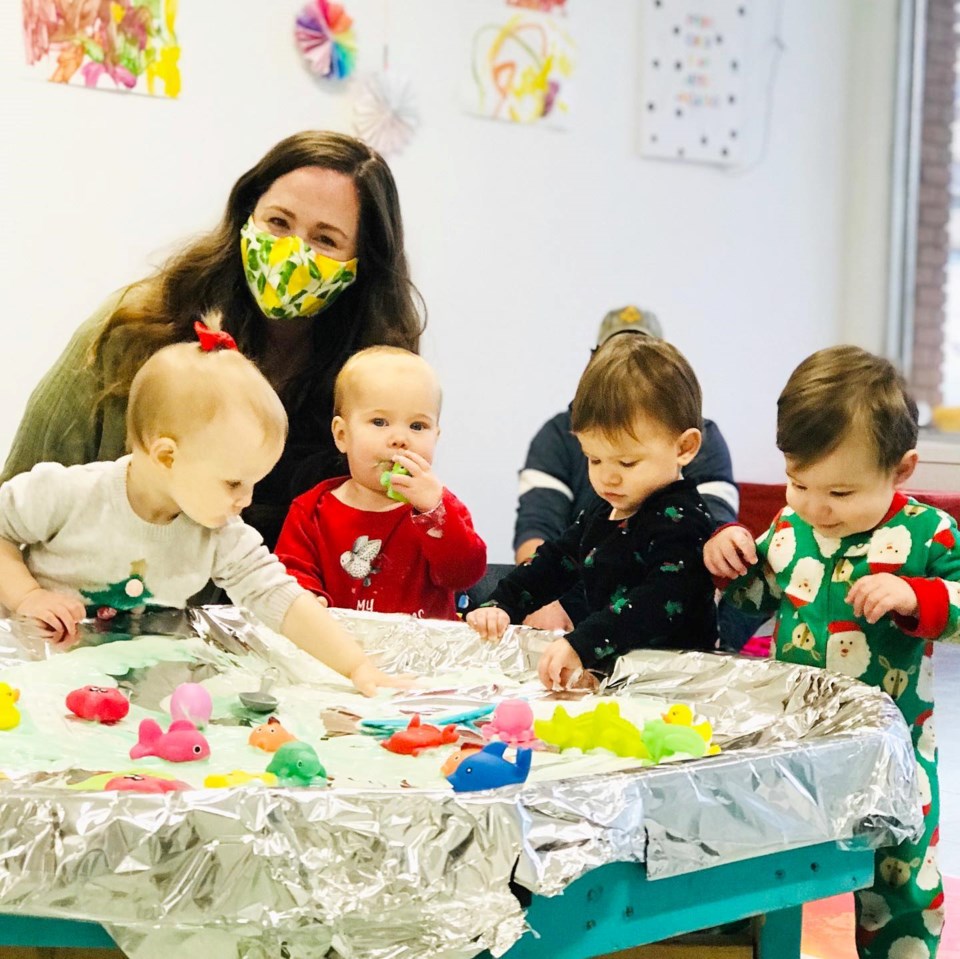 Orillia mother Lindsey Simard Toutant is disappointed that her autistic son will be finishing Grade 4 online instead of in the classroom. Contributed photo

Premier Doug Ford’s announcement on Wednesday that schools would remain closed for the rest of this year was not a big surprise.

But parents, teachers and board officials expressed "shock" that Ford stressed he wants to see outdoor graduation ceremonies this summer for all grades.

“That announcement was quite a shock to all the school boards across the province," said Jodi Lloyd, a trustee representing Orillia, Ramara and Severn who serves as the chair of the Simcoe County District School Board (SCDSB).

While students and parents may be excited to take part in outdoor graduation ceremonies this month, Lloyd says it may not be possible. In-person graduations take months to organize, and adding end-of-year festivities for all grades makes it even more difficult, she said.

“Quite frankly, it presents a big challenge. There are boards that have said they will not be moving to in-person graduations,” she explained.

“School staff has been working months now in order to prepare other end-of-year celebrations, and considerable work has gone into them.”

Lloyd says Ford’s remarks about outdoor graduation ceremonies were ‘disrespectful’ to all the work and preparation that has already been done for end-of-year celebrations.

“It really doesn’t show a full comprehension of the work that goes into organizing a graduation, it’s not just something that can be thrown together. Most schools start organizing these events in January,” Lloyd said.

Based upon the limited information the SCDSB board has been provided regarding the regulations and rules that would come with hosting an outdoor graduation ceremony, they will not be hosting such in-person events at this time, Lloyd says.

“The reality is the government’s own re-opening plan in Stage 1 only allows for 10 people to gather outdoors. To suggest we can have in-person graduations for hundreds of students conflicts with their own re-opening guidelines,” she said.

“Yesterday’s announcement set up expectations that school boards probably can’t meet for parents and students, which I think is very unfair and unfortunate.”

“This is the kind of message we’ve had all year whether it’s for graduations or for when in-class learning is returning,” she said.

“I’ve spoken to teachers who are just as much in the dark as we are for when the government is announcing something, they never seem to give them enough notice to implement anything. I feel sympathy for all the teachers who just want to provide the best experience for their students, I’m just frustrated on their behalf.”

Orillia parent Lindsay Griffin, whose three children attend Monsignor Lee Catholic School, fears students and families were given false hope by Ford, and the end result will be thousands of let-down children.

“Our children deserve to stand in front of family and friends and receive acknowledgement and praise for their hard work and commitment, but is it truly plausible?” she asks.

“Graduation takes months to plan and prepare. To ask the schools to once again pivot and change course with such little time to prepare is unreasonable.”

It's been a tumultuous two years for local students, who have now shifted their focus to completing their online studies with hopes of returning to the classroom in the fall.

“We have already begun preparing for a return to school in September, which we hope is conducted in a normal manner, and learning from home will be something of the past,” Lloyd said.

“Our hope is by September students and education workers will be vaccinated, and we will be at a point in the pandemic where we possibly won’t have to have many precautions.”

Lloyd says Ford’s announcement yesterday to keep students at home was met with a mix of emotions from education workers, students and parents.

“We’ve been asked to pivot back and forth, change numerous times. It’s been very difficult on everyone involved, especially our teachers who have been working incredibly hard under very challenging circumstances.”

Simard Toutant said she is disappointed her 10-year-old son will be finishing Grade 4 online instead of in his classroom at Couchiching Heights.

“I understand that the health and well-being of our children is at utmost importance, and obviously that demographic isn’t yet vaccinated and they could transmit the virus to family members and through our community. However, I think they took an approach for all of Ontario which I don’t think is necessarily the best thing to do,” Simard Toutant explained.

“Our cases in Orillia are quite low and I would have felt safe sending my child back to school.”

Simard Toutant says her son, who has autism and requires some extra support, has struggled with online learning during the pandemic.

“Online schooling isn’t a good fit in any way for him; he cries when we try to do the thing he’s supposed to do. He just wants to be back in school,” she explained.

“His teacher at Couchiching Heights has done a phenomenal job at supporting him, but for me to try to support him from home is difficult. He does Grade 5 math and I have no idea how to do it, and he has a learning disability. So, if I don’t even know how to teach the skill it’s really challenging for both of us.”

Simard Toutant is hopeful that her son will be able to return to school in the fall.

“As a parent of a child with special needs, I know that there are many children who are not excelling with online school. I can’t imagine a situation where I’m not sending my kid to school in September,” she said.

“I really hope my child is eligible for vaccination in the fall, because in order for him to thrive he needs to be in school.”

Griffin was also disappointed by Ford’s announcement. Griffin has a son in Grade 6, a daughter in Grade 3, and a daughter in Junior Kindergarten at Orillia's Monsignor Lee Catholic School.

“It’s heartbreaking because our children thrive in a stable learning environment, in a classroom setting with the support of their teachers and the joy of being surrounded by friends and peers. In my opinion, losing the social aspect of school is the most detrimental, even if their return was only for three weeks,” Griffin said.

While Griffin is disappointed in Ford’s decision, she says she is trying to keep a positive outlook.

“We have to try and understand the reasons given for keeping the schools closed," she said.

"If it means fewer transmissions, fewer deaths, a possible outdoor ceremony for our graduates, day camps this summer, or a glimpse at normalcy over the next few months, then our Premier made the right decision."

Griffin says her children returning to the classroom in September is ‘crucial’.

“They need to return to face-to-face learning in September. Now, more than ever, we need to be diligent in our actions, we need to continue social distancing and keep those vaccinations coming. The growth, development, and mental health of our children depend on it,” she said.

The Simcoe Muskoka Catholic District School Board was unable to comment in time for this article.