‘Pride has not stopped and will not stop’; local events go virtual

Provincial orders are preventing congregation, but the switch to online events has brought in a ‘new world of accessibility,’ says Fierté Simcoe Pride president
Jun 3, 2020 4:50 PM By: Jessica Owen 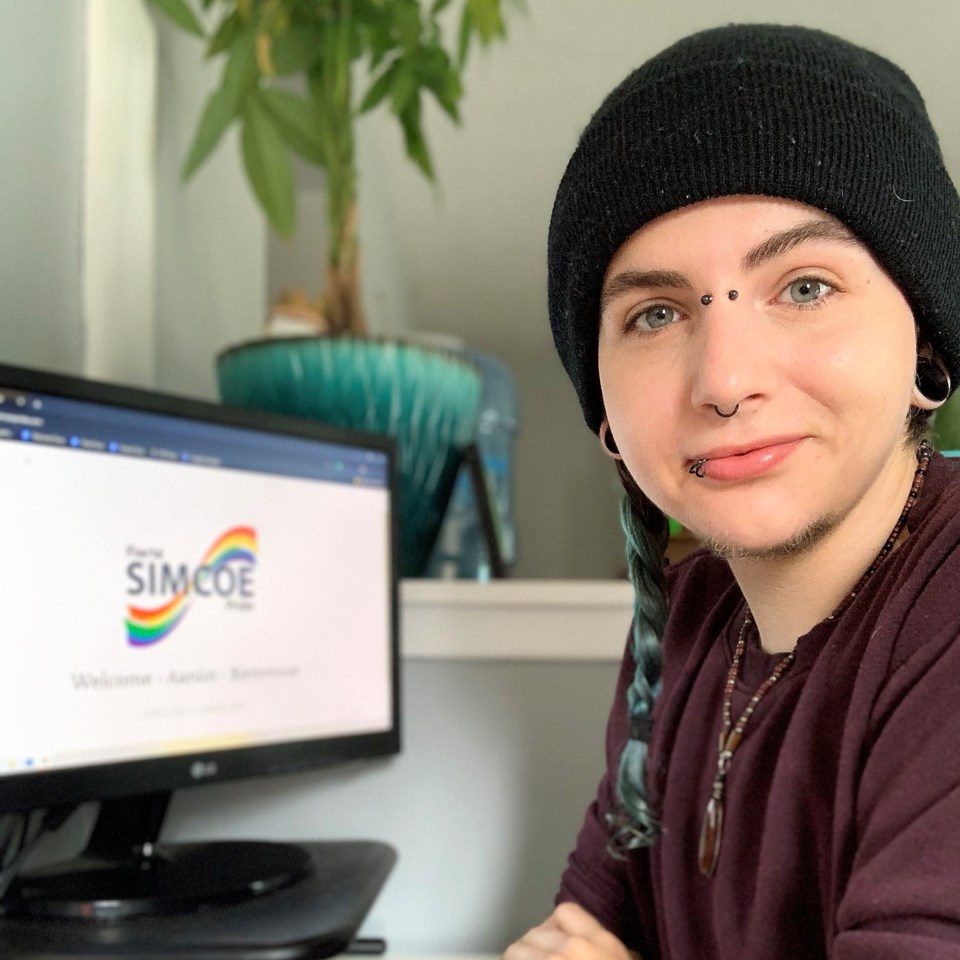 Pride Month has kicked off, but will look a little different this year.

June marks International Pride Month and while many community Pride events have been cancelled across the world due to COVID-19 concerns, there are still many local online events to help bring the LGBTQ community together this month.

Keegan Hobson, president of Fierté Simcoe Pride, says that as the organization runs events all year, they have shifted their monthly socials to an all-virtual format.

“In some ways, there’s definitely been some divisions across the community. Some people are really struggling with the reality that we can’t get together and celebrate as we usually do,” said Hobson.

“I also think, in a way, this shift to virtual events has created this new world of accessibility for people who haven’t been able to attend before, maybe because they’re not out or maybe they’re in a more rural community and they can’t access our events," Hobson said.

“We’re seeing such a larger outpouring of new folks coming in and getting engaged, especially youth. That’s been really fantastic. It’s probably something that would not have happened without that shift to virtual events,” he added.

While Fierté Simcoe Pride used to run their monthly socials in local communities such as Barrie and Orillia, continuing them online is bringing together LGBTQ people from various Simcoe County communities.

“We run them on Google Meets because they have a caption service, so it makes it a little more accessible for folks who are hard of hearing,” said Hobson. “They’ve gone really well. We’ve had amazing turnouts.”

However, Hobson says there have been some instances of negativity bleeding in to the online spaces.

“The first time we held a virtual social, we had some individuals find the link and drop into the call and start screaming slurs, unfortunately,” he said.

“It was handled really fast and really well. Since then, we’ve (changed protocol) so now folks have to send us an email to sign up and we send them a link, just to make it a little more secure,” said Hobson, adding there have been no incidences since.

Typically, Fierté Simcoe Pride runs their summer community events annually in late-July and early August, in order to not conflict with each municipality’s other Pride events in June. Events are usually run over a two-week period, and include flagraisings in all Simcoe County municipalities and an annual awards gala.

Hobson says the board is determining how to proceed with this year’s festivities. They have a meeting mid-June, at which time they will be determining this year’s event schedule.

“Right now, we’re in talks with different groups across Simcoe County to see if we can do socially distanced flagraisings, or at least get proclamations,” he said. “Some of the key events we’re trying to shift online will be the Pride Prom, which is always a big hit especially with the youth, and our awards gala.”

“I know it’s difficult right now for a lot of folks to remain inside during the nice months, but it’s important for community safety,” said Hobson. “Pride has not stopped and will not stop just because we can’t gather together.”