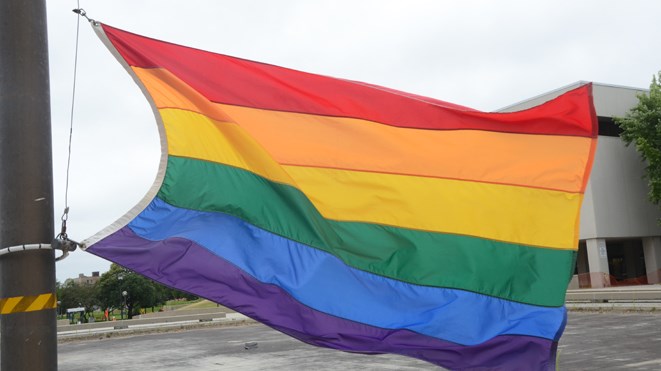 Provincial election candidates in the region are being asked for their thoughts on issues affecting the lesbian, gay, bisexual and transgender (LGBT) community ahead of the June 7 vote.

Fierté Simcoe Pride has reached out to all 31 candidates in the ridings of Barrie-Innisfil, Barrie-Springwater-Oro-Medonte, Simcoe-Grey, Simcoe North and ​York-Simcoe, providing them with a questionnaire featuring 17 queries, as part of what the group is calling Proud Vote.

The organization decided to pose the questions after being contacted by members of the LGBT community who wanted to know where candidates stood on the issues. Fierté Simcoe Pride sent the questionnaire to candidates on Monday, giving them until May 27 to respond.

“It’s a tight timeline, but we want the community to have time to process the answers,” said Fierté Simcoe Pride president Brandon Rhéal Amyot.

Only two of the 31 candidates have not received the questionnaire, as they haven’t yet responded with contact information.

Most of the MPP hopefuls have happily accepted the questions, Amyot said.

“It’s very encouraging because what we don’t want is people answering questions they don’t understand. We don’t want to make people look bad.”

Questions being posed include the following: What specific actions will you take to improve the lives and well-being of gender and sexually diverse communities? In what ways will you bolster access to trans-inclusive health care? What will you do to help end the one-year MSM (“men who have sex with men”) blood ban?

“Generally, they’re very receptive,” Amyot said of the candidates. “They want to know. There aren’t many people who are ignorant because they want to be.”

“Marginalized communities tend not to vote,” Amyot said. “This is a chance to engage our community in the electoral process and encourage them to vote.”

Strides have been made over the years in terms of LGBT rights and issues, Amyot said — pointing to Ontario’s Accepting Schools Act as an example — but added that doesn’t mean LGBT residents should become complacent.

“Based on some of the rhetoric we’ve seen in this campaign, we’re not sure, in the future, if LGBT rights will have the multi-party support they now have,” Amyot said. “We know that as easily as rights can be won, they can just as easily be lost.”

This is the first time Fierté Simcoe Pride has undertaken such a survey of candidates. It is looking into something similar for the October municipal election and the next federal vote.

The group doesn’t want to be doing this for every election, though.

“Ideally, we’ll get to the point where (candidates) just bring it up on their own,” Amyot said.

Shy, fast and elusive: Skinks pose a challenge for photographers
Aug 9, 2020 11:15 AM
Comments
We welcome your feedback and encourage you to share your thoughts. We ask that you be respectful of others and their points of view, refrain from personal attacks and stay on topic. To learn about our commenting policies and how we moderate, please read our Community Guidelines.