Province's 'baffling' cormorant cull is 'going to be a disaster'

Hunt that begins today will allow hunters to kill 15 birds daily; 'They might as well as be shooting loons and great blue herons ... it's mind boggling, says naturalist
Sep 15, 2020 7:30 AM By: Andrew Philips 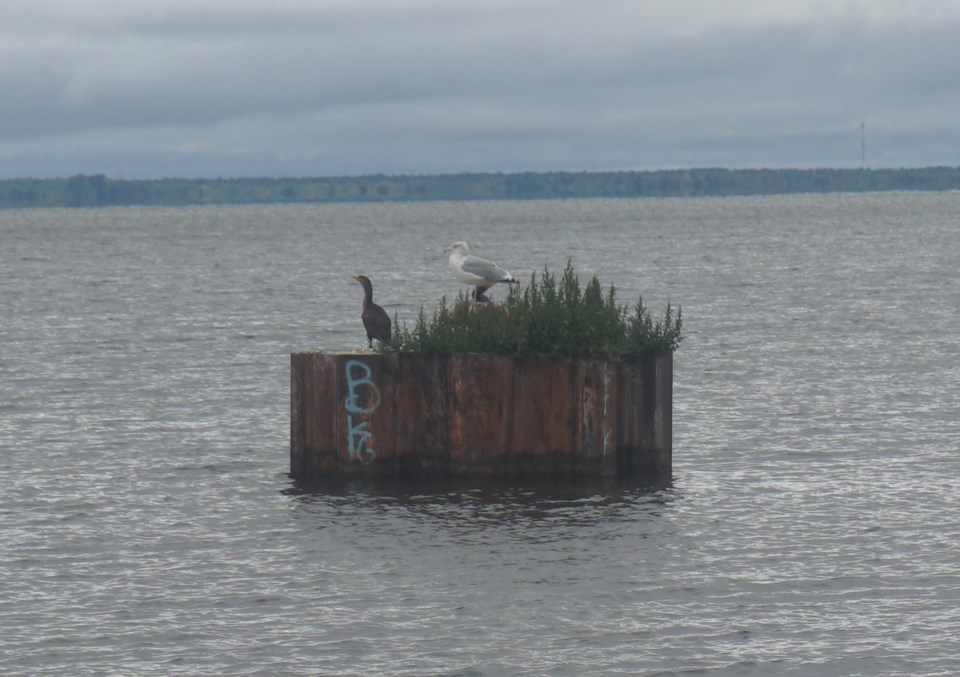 A cormorant and seagull enjoy a quiet moment on Georgian Bay. Andrew Philips/MidlandToday

While the province says it’s a necessary step, its widespread double-crested cormorant cull that begins today is drawing some pointed criticism.

“It’s going to be a disaster for people with minimal impact on the cormorants,” naturalist David Hawke, an OrilliaMatters columnist, predicted. “It’s akin to shooting ring-billed gulls.”

That Progressive Conservative government’s “fall harvest for double-creasted cormorants introduced to protect local ecosystems” was quietly introduced in late July just prior to a holiday weekend.

Hawke said that while some find cormorants to be a nuisance since they kill vegetation where they nest, they are a native species and actually feed on an invasive fish species: round gobies.

“They might as well as be shooting loons and great blue herons,” he said. “This whole thing is baffling and it’s mind boggling that this is being done as a hunt. Because to me a hunt is for food. You can’t eat them because of their hundred percent fish diet. They're not edible.”

But Simcoe North MPP Jill Dunlop said the government announced the hunt that lasts until December 31 and allows hunters to kill 15 birds daily as a means to to combat a growing problem.

“The fall hunting season was introduced to protect our local ecosystem and will help communities manage the destruction caused by the cormorant populations where they have negatively impacted natural habitat and other water bird species.”

But Bob Codd, who’s a member of the Midland-Penetanguishene Field Naturalists, said there doesn’t seem to be any real science behind the hunt.

“Any scientific literature would suggest that there's no basis for it,” said Codd, who runs the local group’s website.

“I think Mr. Ford is just doing it to appease what he sees as his base. I guess there's a small clamour to do something about them, but a provincewide cull in my opinion isn't the answer. This doesn't really make any sense. You can't eat them. Even a jurisdiction like the United States rejected a cull."

While no one seems to have firm numbers on how many hunters will be participating, the birds' numbers could be drastically different by next year should participation be high.

"I don't know how many people are going to participate in it, but the potential is vast,” Codd said. “If everybody who could, did, it would be really devastating.”

The Animal Alliance of Canada said that the bird could be brought to near extinction in just one season since there are an estimated 143,000 adult, breeding cormorants in the province since hunters hold small game permits (about 197,000) can legally kill up to 15 cormorants a day during a hunt that lasts 111 days.

But Lauren Tonelli, resources management specialist with the Ontario Federation of Anglers and Hunters, doesn’t think member participation will be that high in the hunt except, perhaps, in smaller lake areas where cormorants outnumber other birds and have damaged habitat.

”I really feel like it'll mostly be people who have seen those types of issues for the past decade,” she said, adding they’re not expecting to see each hunter take 15 birds a day so fears of the bird being hunted into near extinction are without merit.

“I mean, you could apply that to anything. If every angler in Ontario went out and took their limit of fish everyday that they could, you probably would have an issue as well. But obviously that doesn't happen.”

And while there were no big fireworks displays for either Victoria or Canada Day this year due to the pandemic, the sounds of shotgun blasts bursting through the air could take away some of the calm and tranquility Ontario’s lakes normally offer in the fall.

Hawke wonders whether that loss of tranquility and leaving either dead or dying cormorants to rot on islands where they’ve been shot or floating over to nearby shorelines could create hostility and lead to conflicts between hunters and those enjoying area lakes like boaters, campers and cottagers.

“You’re going to see a shoreline of dead birds,” Hawke said, noting he can see a major social disconnect happening between the varying groups. “I can see a huge social clash happening. We now have more cottages, more people than ever before.

“These guys will go out, blast away and knock a bunch of cormorants out of the sky. They can't take them home because they're not worth eating. What do you do with the carcass? I think we're going to see a shoreline of dead cormorant carcasses rotting.”

Hawke said he can’t understand the logic behind the government’s decision to try to decimate the waterbird’s provincial population through a legal hunt since the province once had an extended Canada Goose hunt, but that had seemingly no effect on that species’ population.

“Why don’t they have a concerted effort to oil the (cormorant’s) eggs so they don’t hatch and the population would slowly decrease,” he said, adding that move would be better for everyone and would address concerns related to cormorants such as damaging trees for nesting and roosting, eating a small percentage of so-called ‘sport fish’ and leaving behind guano-topped islands.

As well, some consider the cormorants' revival in the Great Lakes from historic lows in the 1970s to be a success story with Hawke noting the bird suffered dramatic declinces back then due to exposure to environmental contaminants like DDT.

Tonelli, meanwhile, said her organization has been after the province for two decades to deal with the burgeoning cormorant population.

“We had a lot of members noticing that cormorant populations were increasing and their colonies were getting bigger and they're causing more damage along the waterfront and smaller islands,” Tonelli said. “Their numbers are increasing throughout Ontario.”

Tonelli said that in 2018 when a similar initiative was being mentioned, her organization wanted the government to take “active management” of the species by having Ministry of Natural Resources and Foresty personnel conduct population control measures through smaller culls and oiling eggs where needed rather than an official hunt.

But she said she understands the reasoning behind the hunt since it will cost the government fewer resources in terms of staff time.

She added: "Obviously allowing a hunt doesn't really cost them anything and they actually make a little bit of revenue."