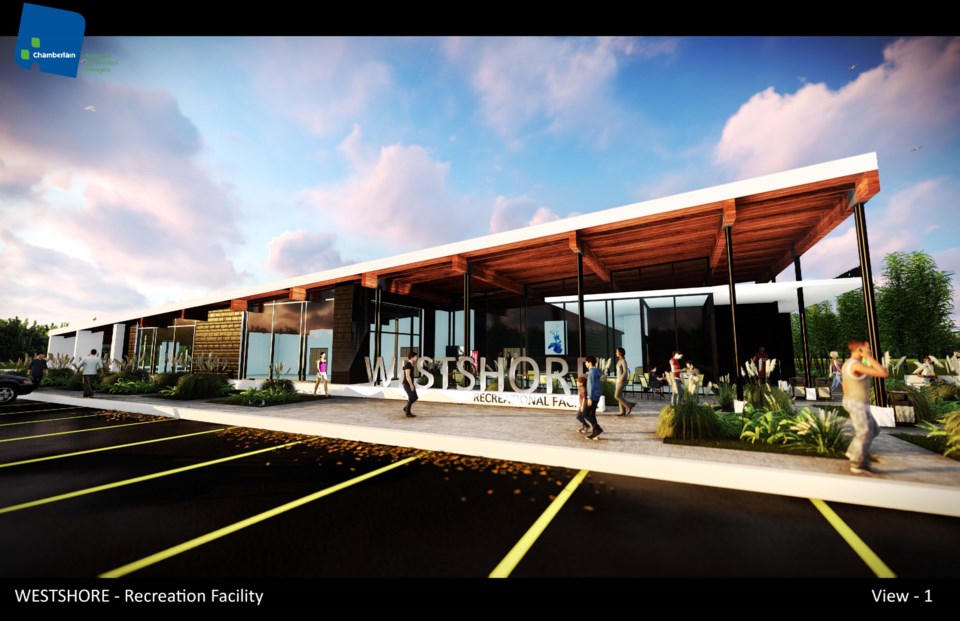 A rendering of what the recreation centre in Westshore could look like.

Severn Township council has reversed its decision to not apply for a grant for a recreation centre.

In October, citing a lack of information about how much the facility would cost, council voted 4-3 against applying for up to $5 million to go toward its planned Westshore Recreation Centre on Menoke Beach Road. That’s when Severn resident Wanda Minnings took action.

“They were banking on that community centre going through,” he said, noting there are plans to build 340 homes in the area over the next year, and hundreds more after that. “Based on what was heard at that meeting, the other councillors changed their minds.”

At its next meeting, council voted unanimously in favour of applying for the grant.

“I almost felt like a huge weight had been lifted off my shoulders,” Minnings said, describing the public meeting as “a really excellent example of community activism.”

“We don’t know if there will be an opportunity for a $5-million grant in the future, so it was really important.”

Burkett said he was “really happy” with council’s change of heart.

“We have a pretty good chance (at receiving a grant) because we’re shovel-ready,” he said.

Burkett commended Minnings “for the hard work she did.”

Resident wants answers about future rec centre in Severn
Oct 26, 2019 1:30 PM
Comments
We welcome your feedback and encourage you to share your thoughts. We ask that you be respectful of others and their points of view, refrain from personal attacks and stay on topic. To learn about our commenting policies and how we moderate, please read our Community Guidelines.