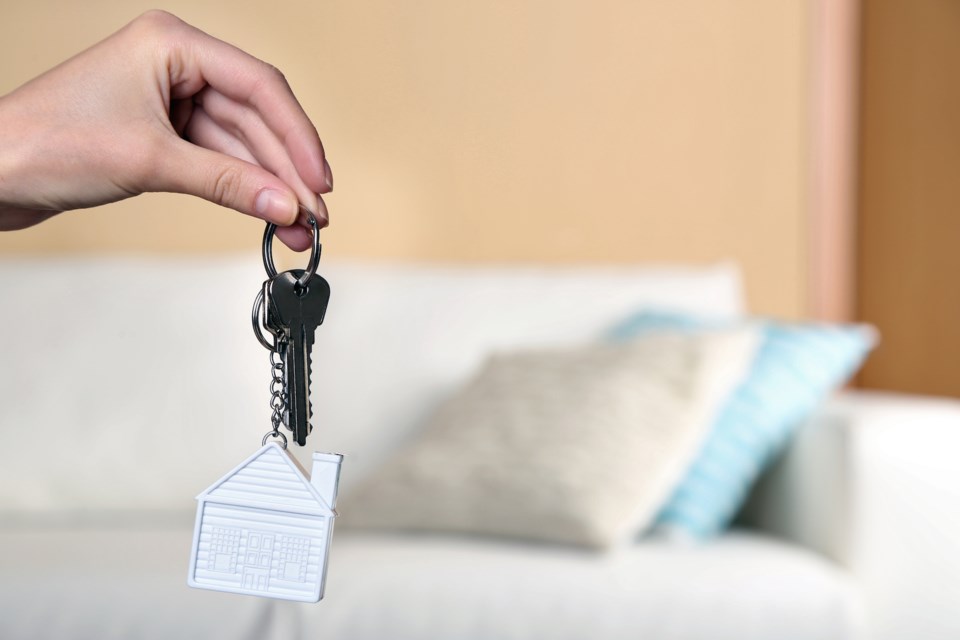 Barb Benoit moved to a small community along a bay near Big Chute in Severn Township 36 years ago looking for peace and quiet.

And, for the most part, she has enjoyed the area.

But that all changed in 2017 when a new owner purchased a nearby five-bedroom house.

Her first clue that it had become a rental was the day she saw 12 people jump off the dock, which was followed by a night of loud partying. She later found the property advertised on Airbnb.

“It scares me,” said Benoit, adding she has approached the homeowner and isn’t too shy to approach disruptive renters and “read them the riot act.”

“I should not be policing somebody else’s rental. It really irks me,” she said. “(The owner) is gone. He takes the money and walks away.”

She believes the property has been removed from the international short-term accommodation site, but it continues to be rented out, now largely to families.

Although, that can also be disruptive. She’s been concerned about jet-skis speeding in the small bay where people paddle and the shooting of guns on residential property.

And she’s worried other homes in the area are also being used as rentals.

Benoit’s experiences reflect those of others in rural areas and cottage country in and around Simcoe County. And there have been efforts by many of those municipalities to control the situation.

In July, Oro-Medonte Township passed a zoning amendment defining temporary accommodation of a dwelling unit of 28 days or less as commercial operations, which are not permitted in a residential zone.

While many permanent residents who have been asking council to crack down on short-term rentals are happy, proponents argue they are an important aspect of the area’s tourism sector. Opponents have until Wednesday, Aug. 12 to file an appeal.

“There will be an appeal,” said Barry Sookman of the Oro-Medonte Association for Responsible STRs, who believes the municipality is taking a sledgehammer approach. “It’s absolutely not the way to go.”

He wants the municipality to come down hard on “the few” who rent out their properties as noisy party houses through fines or through a licensing approach, adding he vets guests before allowing them to use his property as a control measure.

Waterfront resident Kim Pressnail is concerned that disruptions from unruly renters will continue unabated without controls.

Pressnail, who has been actively looking for enforcement to deal with disruptive rentals since having endured weekend-long disruption in his neighbourhood in recent years, says all residents have had up to this point is a night-time noise bylaw. But he says it's rarely enforced.

The trick, says Craig White, is balancing controls with the desire to maintain the economic benefits rentals can bring to a community.

White manages about 160 cottages across Ontario through his company CottageLINK Rental Management and says he shares the concerns of neighbours of short-term rentals, like Benoit.

“One of the major banes of our existence is cottage owners who rent indiscriminately,” given the ease with which owners can now list and rent out their spaces, he said.

“There are cottages on some lakes where the owners really have no intent of ever using their properties. They don’t care about their neighbours; they’ll put groups of 15 or 20 people in week after week and they don’t even look at the makeup of the group," White added.

White says his company typically rents to families and limits who can use a property. A maximum of six people will be allowed to stay in a three-bedroom home, for instance. And White says his company won’t rent to groups of people under 25, rejecting 20 to 25 per cent of those wishing to do so.

Municipalities are often left trying to control unruly behaviour in the absence of landlords, which White says could leave them walking a tightrope.

Earlier this year, Severn Township Mayor Mike Burkett asked Simcoe County council to address the issue on behalf of the 16 member municipalities. County officials responded by presenting a seminar with experts who had used various approaches to address the issue.

Severn has hired an outside consulting firm to explore the issues. It has also passed an interim control bylaw, which prevents new operations but grandfathers pre-existing short-term rentals, limiting its effectiveness.

A public hearing on the issue, originally planned for spring when snowbirds were expected home, was suspended as a result of the COVID-19 pandemic.

Severn, Burkett added, has had success simply by reaching out to the handful of identified problematic properties, pointing out how crowds of people can be problematic to neighbours and overwhelm septic systems.

But there is concern that the municipality surrounded by water will have more issues to deal with if it doesn’t address the issue.

“I know to come up with a solution is going to be very difficult. So this is why I’m interested in what Oro-Medonte has done and I want to see what the outcome is,” he said.

Among those presenting to county councillors earlier this year was Toronto municipal law and land-use planning lawyer Leo Longo, a year-round, part-time Collingwood resident. He has acted for both individuals defending their long-term rentals and municipalities trying to control them.

He points to two basic approaches used by municipalities. One is to define short-term rentals as a land use and then regulating that use in the zoning bylaw. Another is to create a licensing process to control how they operate and imposing inspections to ensure they meet minimum requirements.

“The fact this seems to be a hot issue is because there isn’t one template… applied across to each municipality. Each one has its own view,” he said.

He points to the Town of the Blue Mountains which has been dealing with the issue since 2009 with a bylaw that prohibits short-term rentals in identified residential neighbourhoods largely consisting of single-family homes, but allows them in the higher-density residential zones with condominium buildings.

“They recognized from the start that simply zoning wasn’t sufficient,” said Longo, who represented the town, which established a licensing system to ensure their safety and to get a handle on who was operating and what was utilized where.

The bylaw was upheld in appeal by the Local Planning Appeal Tribunal (LPAT) as well as the divisional court.

“Commercial uses sometimes are incompatible with residential uses next door so that’s why we have zoning bylaws to put in various uses… that creates a liveable community and one that doesn’t have incompatibility between uses," he said.

“It’s still an ongoing issue… that municipalities are facing.”

Council is now in the process of converting its licensing program to create a “sub-component” targeting the largely online advertising of illegal short-term rentals.

“That conversion is still in the process. We’ve been through a number of public consultations on how that will happen and I suspect in the fall council will be presented with the final version,” said Sampson. “So our previously standalone (short-term accommodation) licensing arrangement will be part of a much larger program.

“It’s an important part of the tourism business in our area, but it’s also an issue local residents want us to keep an eye on because, frankly, while we’re prepared to have some short-term accommodation rental units, they need to operate properly without major noise issues because residents want to live a quiet, peaceful life up here," he added. "And that’s kind of why they come here.

"They don’t come up here to live next door to the hot-tub parties at 2 o’clock in the morning.”