'People are starting to get scared; people are wondering when they will ever be able to afford a house here,' says chair of Orillia's affordable housing committee
May 10, 2021 1:30 PM By: Tyler Evans 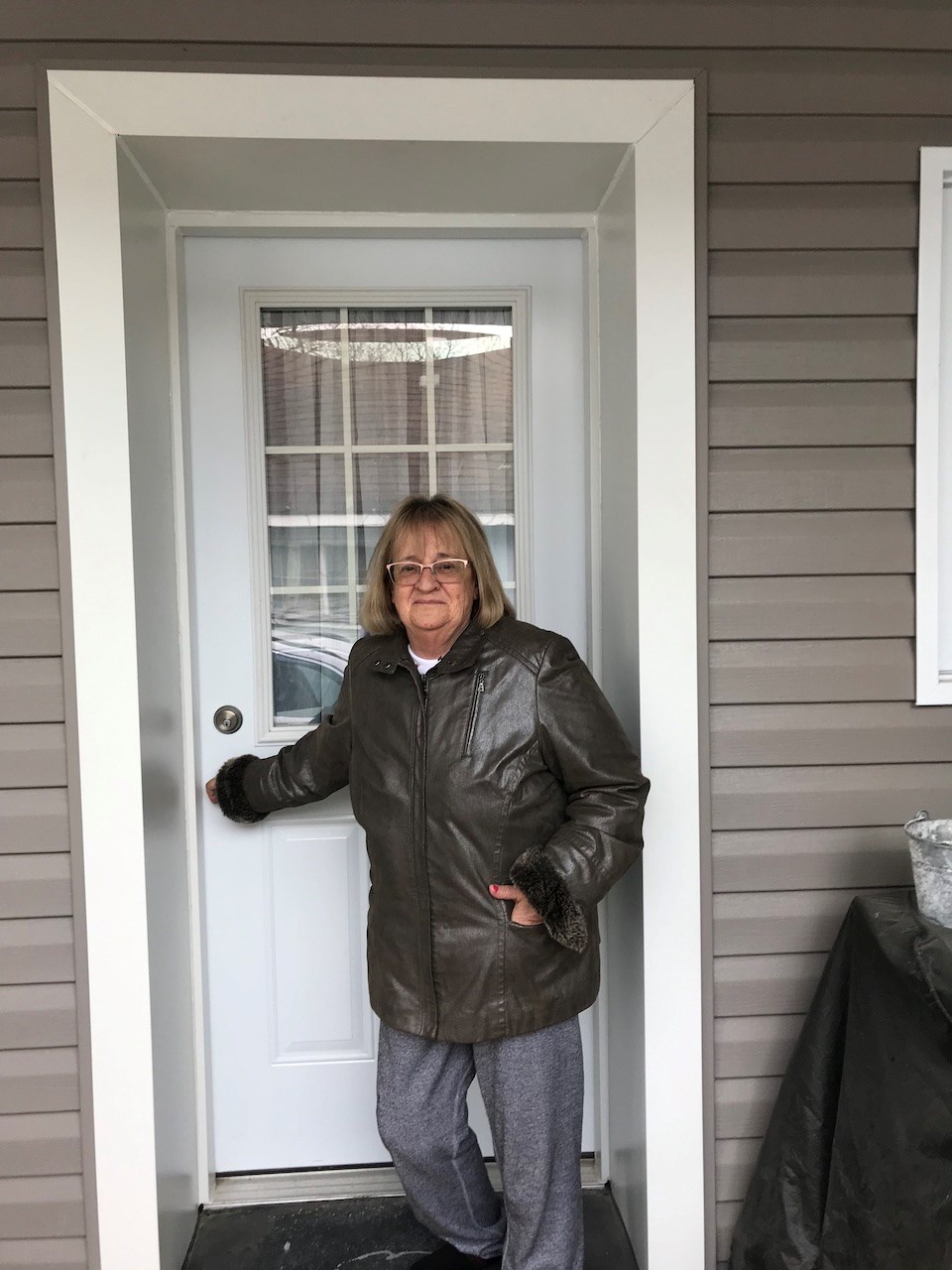 The cost of buying a home in Orillia has skyrocketed in recent years. Factor in soaring rents, a sky-high demand and low inventory and you have a scenario where affordable housing is nothing more than a concept.

Orillia's Heather Bazinet knows all about it. Bazinet, who has lived in Orillia for 49 years, was recently forced to leave her rented townhouse when her landlord decided to capitalize on the sizzling market and sell, leaving her homeless for three months while she searched for an apartment she could afford.

“Unfortunately, there is nothing to rent in Orillia. As soon as you do see something it’s gone by the time you contact the people,” Bazinet said.

“It’s really disheartening, and if it weren’t for my daughter knowing somebody who was just renovating a place, I would be living on the streets, that’s how bad it is here.”

A quick scan of local internet sites tells the tale about the cost of rentals in Orillia. There are some renting rooms in a house for anywhere from $600 to over $1,000 - for a room and shared use of common areas.

Bazinet says the process of trying to find an apartment in what is a red hot market is emotionally draining. But Bazinet is one of the lucky ones; she did eventually find an apartment at a ‘reasonable’ cost, but she had to move her single daughter in with her to help make ends meet.

“I couldn’t do it without her, which is another sad thing. I’m 71 years old. I was a registered nurse at Soldiers' Memorial Hospital for 30-plus years and have a good pension, yet it’s still tough,” she said.

When Bazinet searched for resources and assistance with finding a home, she found no help.

“I called and left my name and number at enough places looking for affordable housing, and I could have been dead and buried before I got a callback,” she said.

“Something has to be done. The cost of living and the cost of everything else has gone up so much that someone like me who had a good job, and a good pension is now living pension to pension.”

“That’s reality, and I think a number of things have occurred to play into that,” Clarke said.

“Orillia used to be a well-kept secret for years, but that doesn’t seem to be the case anymore for residents and businesses moving here.”

Clarke says in the last few years Orillia was ranked the third best place in Canada to live for seniors and the 33rd ranked best place to live for the general population by publications such as MoneySense.

The COVID-19 pandemic has also been a factor in driving new residents to the Sunshine City.

“There has been a yearning for people to be able to dip their toes in the water, not have a lot of noise pollution, and look up at a positive blue sky with a lot of trees around,” Clarke said.

“People find Orillia to be a place that offers a great quality of life, so COVID has created a demand for what we offer here in Orillia.”

Clarke says he’s concerned that people who were born and raised in Orillia may be driven out of town by a lack of inventory and high prices.

“I’m concerned for what this means for our residents and prospective residents. Whether you are a renter or a purchaser, we need to find housing for everybody and that is getting harder and harder to find,” he said.

“For January and February, there were about 131 houses sold here with the average price around $640,000. I don’t know how the majority of the population is going to afford that," the mayor conceded.

“They have been doing a stellar job, but the demand just keeps excelling,” he said.

The county recently gave the green light to build an $80-million affordable housing complex and community hub for seniors and families at the former Orillia District Collegiate and Vocational Institute (OCDVI) site on West Street North. That will create 130 new affordable housing units.

Clarke notes the city has also invested almost $1 million into the Building Hope campaign and community hub that will be opening soon on Queen Street.

“There are lots of things in the queue, but none of these things are short-term solutions,” Clarke said.

“It’s a complex issue and there are many aspects to it, that’s the reality of where we are at the moment.”

Clarke says the city can and should do more.

"We are getting away from our normal historic responsibility because we do pay the county for this, but we are going to have to find other ways to resource other projects," he said.

"Whether that's with donating land, development charge forgiveness, or even coming up with things like tiny home concepts which are wonderful and viable alternatives to traditional housing," he said.

Clarke promises the city will make a more concerted effort to address the issue, noting the municipality adopted an affordable housing strategy during their last budget process.

"We only have a few hundred thousand dollars in that fund at the moment, but it is there, and we will entertain any submission that comes forward," he said.

"It has to be a not-for-profit, and it can be used for any affordable housing solutions."

“This has been a prevalent issue for many years, but in the last 18 months, it’s gone completely off the charts. The price of housing is ridiculously high,” Davidson said.

“The chances for young people just starting out to get themselves into a home right now have gone down substantially.”

Davidson says the committee is working on a few different projects to help shift momentum, but they are currently in the infancy stage.

“We are working on this every single day," he said, noting the federal government recently approved $3.4 billion for affordable housing in the budget over the next five to seven years.

"Hopefully we can put some plans together that will enable us to get some of that money into the Orillia and surrounding community,” he said.

Davidson says creating affordable housing in Orillia would help many other sectors within the city and would have many positive spinoffs.

“It’s a proven fact that if you can help someone find housing, and they have money to put food on the table, then we will save money in so many other ways including in the health-care system. It will help people keep healthy and out of the hospital,” Davidson explained.

Davidson says the current dearth of affordable housing is creating a squeeze on the city's infrastructure.

“People can’t even afford to (rent) an apartment here. I’ve seen them go for over $2,000 a month, and I’m also now seeing GST added to rent prices which is the first time I’ve seen that in my 50 years of being in this game,” he said.

“People are starting to get scared; people are wondering when they will ever be able to afford a house here.”

The rate of homelessness has gone up substantially in Orillia in recent years, says Linda Goodall, the executive director of the Lighthouse Soup Kitchen and Shelter.

In the last year, the Lighthouse has expanded from its 14 beds for men at the shelter on Peter Street to 48 beds for men and women who are housed in a local hotel due to COVID protocols.

There is a fear among those experiencing homeless that the situation could get worse before it gets better, Goodall says.

“People are worried that the rollout of COVID vaccines is going to take a long time to get through (and) people with fixed or lower income will have a really difficult time,” she said.

“If you get someone into a house first, so they have four walls around them and they are secure, then they can take the next step to heal mental health, addictions, and things like that,” she said.

Goodall also says there are many solutions to help combat the affordable housing problem, and everybody can play a role in righting the ship.

“There is a program called secondary suites where people can build an apartment in their house with some funding in order to make it affordable,” she explained.

“One other way is getting landlords on board because sometimes they can be hesitant to rent to those who need affordable housing, so we need to provide more education to landlords to help them have a better understanding of the benefits of providing affordable housing," she said.