Sixth annual event will be held Dec. 13 at Orillia Bowl; The ugliest of sweaters could win participants a pretty prize
Nov 13, 2019 9:15 AM By: Andrew Philips 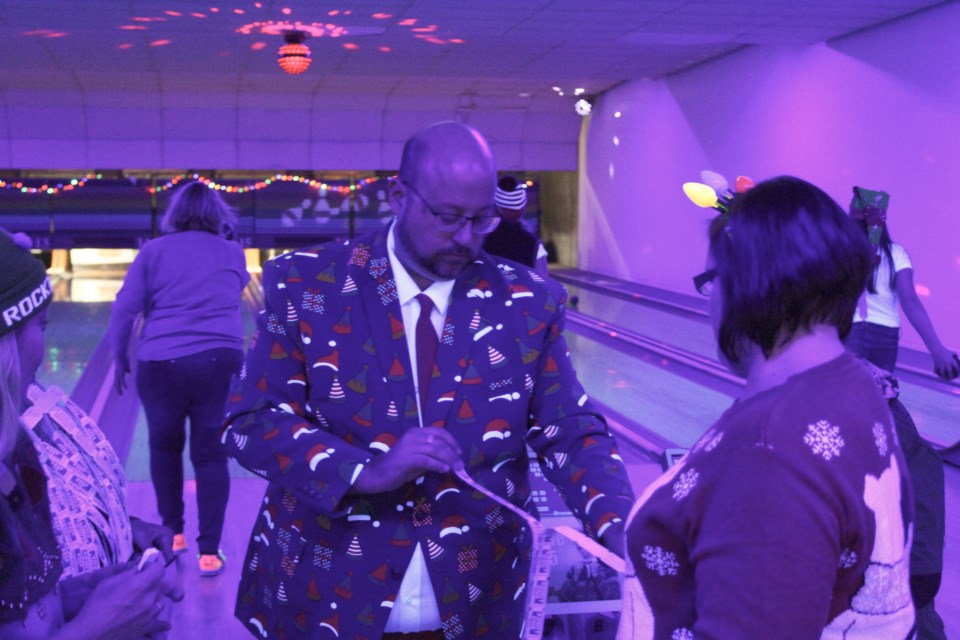 While’s it’s not quite the Dude’s beige cardigan, area residents are encouraged to sport their ugliest Christmas sweater at an upcoming bowling fundraiser.

And the uglier the sweater, the better, according to Derick Lehmann, who again is organizing this year’s Ugly Sweater Bowling Party at Orillia Bowl Dec. 13 with all proceeds benefiting the Sharing Place Food Bank.

The sixth annual offering features three evening shifts with teams of six bowlers able to sign up for a two-hour lane rental costing $120 at the 18-lane facility.

“All the money raised goes to the food bank,” Lehman said, noting he expects next month’s offering to surpass the initial $3,000 goal, which would bring the event’s six-year total to more than $15,000.

“Monetary donations help the food bank with additional programming and to help them buy what they need.”

As well, Lehman emphasized the event is strictly for fun so anyone can play and have a chance to win one of the many prizes donated by area businesses.

“All the prizes are based on raffles so you don’t need to be competitive to win,” he said.

That said, one prize will be awarded during each of the three shifts for someone sporting what’s judged the ugliest sweater with the winner taking home a coveted plaque outlining his or her accomplishment.

“People get pretty excited about it,” Lehmann said, noting ugly sweaters of all types are welcome from recent purchases to 40-year-old items now lingering in a basement box.

While the first two, family-friendly shifts filled up quickly, the third shift, which runs from 11:30 p.m. to 1:30 a.m. and is for those 19 years old and up, will feature a performance by local band Bleeker with members also spinning jukebox tunes and helping out.

Lehmann first came up with the concept six years ago as a means to raise money for the food bank during the busy holiday period. But after being unable to find ice-time for an ugly sweater-themed skating party, he turned his attention to the pin game.

And unlike some of the more expensive fundraisers held throughout the city during the year, keeping the cost relatively low is important to Lehmann since it allows a larger demographic to participate.

“This makes it reasonable for everybody,” he said.

Both drivers required extrication after head-on crash on Highway 12
Jul 5, 2020 8:00 AM
Comments
We welcome your feedback and encourage you to share your thoughts. We ask that you be respectful of others and their points of view, refrain from personal attacks and stay on topic. To learn about our commenting policies and how we moderate, please read our Community Guidelines.