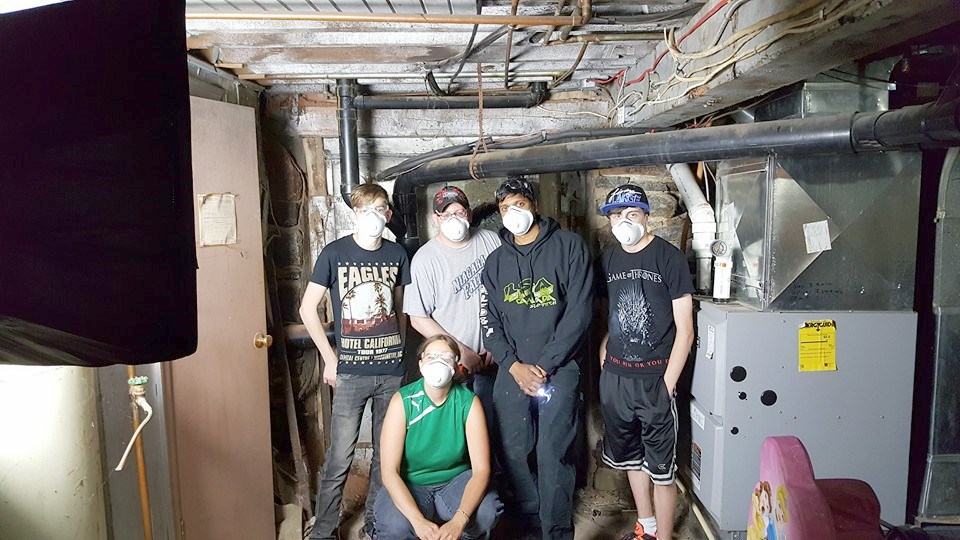 A few months ago, the producers of the Underground Orillia documentary were hoping to debut their project in a public setting, where the community could attend for free.

They have found the “perfect fit.”

Underground Orillia, which explores underground tunnels in town, will debut Aug. 29 as part of the City of Orillia’s Movies in the Park series, at the Rotary Aqua Theatre at Couchiching Beach Park.

One of the producers was approached by the city to see if they would be interested in having the documentary screened at the park.

“We jumped at the opportunity,” said Shane Morrison, who is producing the documentary with Olivia Duck, Xavier Fernandes and Aaron Sheedy. “Couchiching Beach Park and the Aqua Theatre have been such a huge part of Orillia. It just seemed like the perfect fit.”

The crew is putting the finishing touches on the documentary and will be working this weekend to wrap most of it up.

“It’s been two years in the making,” Morrison explained. “We’ve got hours and hours of footage and hundreds and hundreds of photographs. It’s a matter of the telling a story at the same time. That’s what takes the time — getting everything in the right place.”

Underground Orillia focuses on a long-discussed topic among locals. There have been many rumours over the years about the existence of tunnels, and their purpose.

“We have physical proof that there are (tunnels), and that is exciting,” Morrison said. “This documentary showcases some very interesting and unknown underground areas in Orillia.”

The Aug. 29 screening of Underground Orillia will start at 7:30 p.m. There is no fee to attend. Find out more here.

Ontario reports 409 new COVID cases again today
Sep 25, 2020 10:47 AM
Comments
We welcome your feedback and encourage you to share your thoughts. We ask that you be respectful of others and their points of view, refrain from personal attacks and stay on topic. To learn about our commenting policies and how we moderate, please read our Community Guidelines.