Adrianus Vanderbos charged with careless driving in wake of two-vehicle collision
Jun 12, 2019 7:59 AM By: Dave Dawson 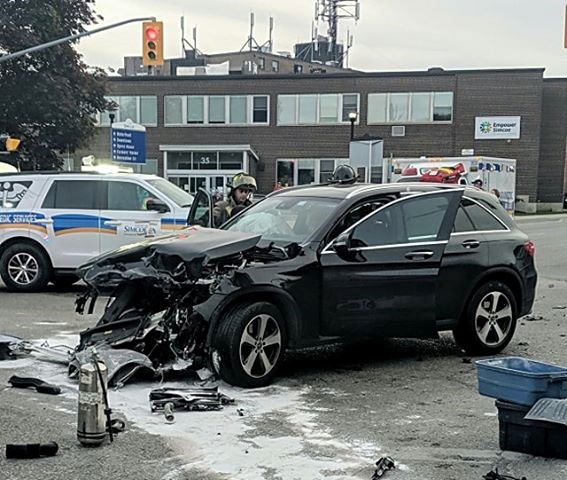 This vehicle sustained serious damage in a two-vehicle collision at the corner of West Street and Coldwater Street Sunday evening.

A 35-year-old Orillia male is facing charges following the Sunday evening crash at the intersection of West Street and Coldwater Street.

The two-vehicle collision occurred at about 8 p.m. Sunday.

Witnesses said a vehicle went through a red light at the intersection and collided with another vehicle.

The occupants of that vehicle, an elderly couple, suffered minor injuries. One was transported to Soldiers' Memorial Hospital.

"It was initially thought to be (impaired), but once tested, came back with no alcohol in his system," said Hill.

Both vehicles sustained extensive damage and Coldwater Street was shut down for more than an hour as the scene was cleaned up.