Valuable natural resource in north Orillia is in peril

Environmental Advisory Committee is working with others to help tackle issues and restore Sundial Creek
May 9, 2018 1:45 PM By: Dave Dawson 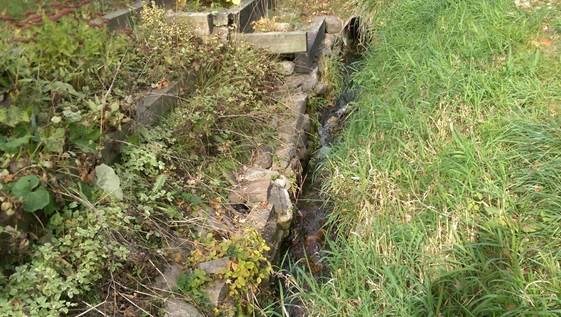 Sundial Creek is being choked with silt and invasive species and is experiencing elevated levels of nitrate and chloride. The city's environmental advisory committee is working with other local partners to try to remedy the problem. Jeff Cole for OrilliaMatters

Sundial Creek, a valuable, under-appreciated and rare resource, is slowly being choked to death.

In 2016, Couchiching Conservancy staff began monitoring the water quality of Sundial Creek and discovered elevated nitrate-nitrogen levels in the creek and the Grant Wetland into which it flows. They asked the city’s environmental advisory committee (EAC) to help determine the cause.

Since then, EAC volunteers have conducted an observation survey, completed a survey of residents in the neighbourhood and conducted interviews with representatives from the Ministry of Natural Resources and Forestry and the Ministry of Environmental and Climate Change.

Not only have they verified what the Conservancy uncovered, they confirmed excessive silt build-up, an absence of healthy riparian areas, significant invasive plant growth and other concerns.

“The challenge we’re facing with respect to Sundial Creek is one of significant nitrate loadings and chloride loadings on a creek that used to be able to support native brook trout population,” EAC chair Michael Williams told city councillors Monday night. “The reason why we point that out is it’s not very often, in the middle of a city, you can find a cold-water stream that can support brook trout fingerlings, (which) is a sign of a very high-quality watercourse.”

However, Williams said that has either already been lost “or is greatly disappearing … because of nitrate and chloride loading into that creek and because of invasive species.”

But, not all hope is lost. EAC and others are working to combat the issue on several fronts.

Williams said a partnership has been established between the Couchiching Conservancy, city staff and EAC “to try and track down sources of those contaminants and figure out if there’s anything that can be done on each one … with a view of restoring the creek.”

EAC member Jeff Cole has been spearheading the effort. He told councillors an ad hoc working group has formed to tackle the thorny issue.

Cole said the goal is “not only to try to understand (the problem) but to resolve the problem. It speaks well of members of this community that they would come together in such a fashion, on a voluntary basis, to undertake this investigation.”

EAC asked council for patience and to continue to support the initiative. “With the group that’s been assembled, I am really confident we can come back a year from now with recommendations to not only repair the situation, but also to understand better exactly what is going on in that area.”

For example, he said at some point council will have to grapple “with what sort of materials are going on roadways adjacent to watercourses where it’s very clear there’s runoff.”

He also foresees the need for an education campaign of residents in the area, noting better stewardship would be beneficial. “It’s very clear … a lot of people don’t realize the resource sitting right out there on their front yards.”

Council may also have to grapple with the use of fertilizer, he said.

“There probably will be a day when we will have to talk about the amount of fertilizers going on lawns, gardens, private properties and public properties throughout the city,” said Williams. “When you look at where everything is going, it all goes downhill and all goes into Couchiching and Simcoe.

“If you look at the weed problems and aquatic vegetation in those lakes there is only one way to look as to where the problem is and that’s to the land,” he said. It will soon be time “to start to talk about restrictions about what is eventually finding its way into the lake.”

Council committed its staff to continue to help support the efforts and praised the volunteers for their efforts. EAC expects to return to council in about a year with findings and recommendations.