Against a bigger team in the final, Terriers showed their heart and determination to earn a hard-fought victory - and the tourney title
0
Nov 4, 2019 7:30 PM By: OrilliaMatters Staff 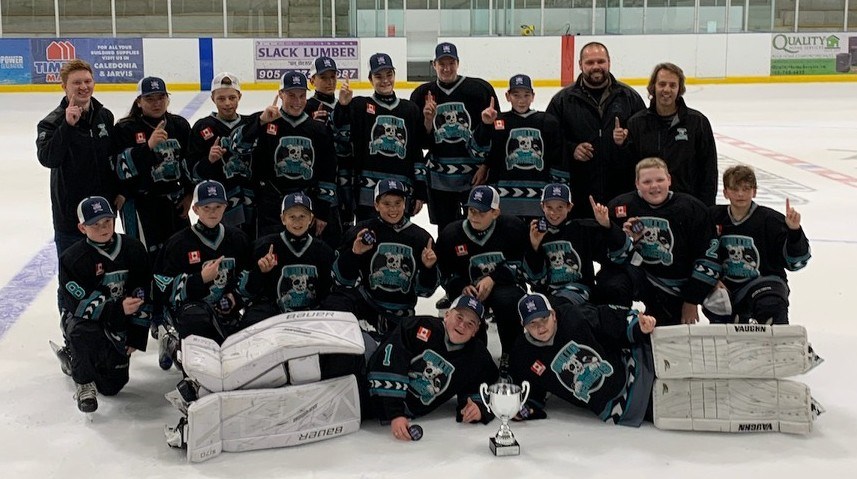 The Terriers opened the tournament with a 4-2 win on Friday in a hard-fought battle against the Strathroy Jr. Rockets.

The Saturday morning started perhaps a little too early for the team as they dropped the second game 2-0 to a strong team from Merritton. However, once the opening round was over and the games became elimination, the team once again found their groove.

The Terriers defeated the host Caledonia Thunder 3-1 in the quarter-finals on Saturday afternoon.

They were up early again on Sunday morning to battle the Ayr Flames, which came into the game undefeated in the tournament. This time the Terriers were ready, handing the Flames a 3-2 loss.

The Terriers were in the finals and looking for some redemption against the Merritton Bulldogs! Though the Bulldogs were much bigger in size, the heart and determination demonstrated by each of the Terrier players was the deciding factor as Orillia came away with a 4-3 win over the previously undefeated Bulldogs.

From both goalies shutting the door when needed in close games, to the defence averaging just two goals against, and the forwards providing big goals, it was a total team effort that allowed the Terriers to hoist the cup Sunday afternoon.