Flora Haslem 'has pushed through' some challenges and 'has improved her time with each swim,' says coach
Jul 29, 2019 5:30 PM By: OrilliaMatters Staff 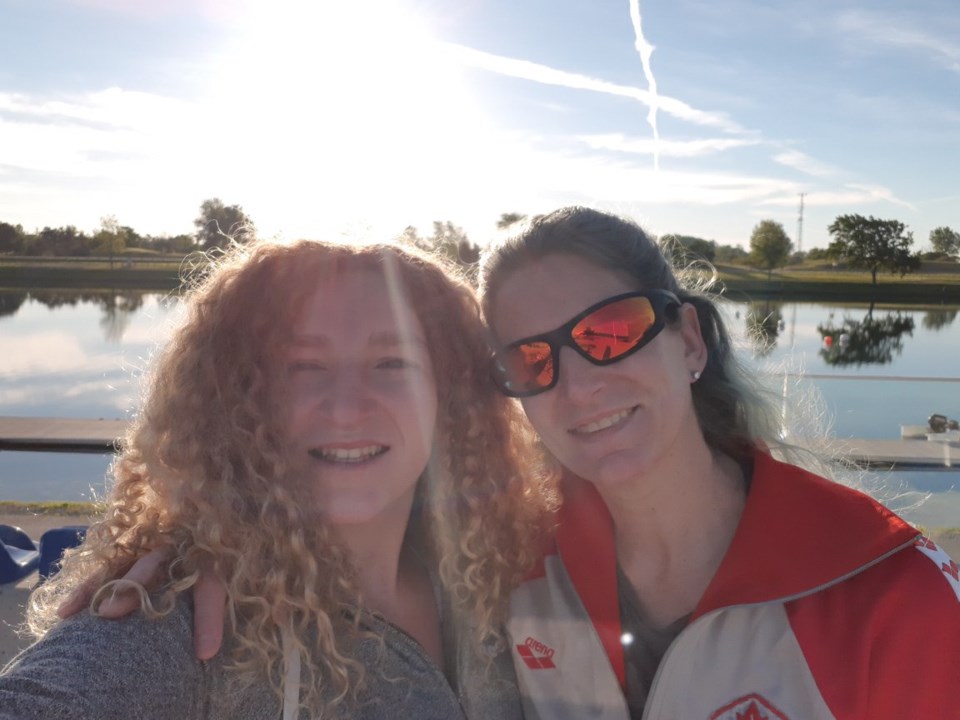 Flora Haslem and Coach Tatum Haslem are shown after an open water race. Photo provided by the Orillia Channel Cats.

She is currently half-way through her open water season, and has done very well according to her coach/mother Tatum Haslem.

“She has pushed through some very cold water temperatures and has improved her time with each swim," said Tatum Haslem.

Flora’s first five kilometer race was in the Welland Canal. She was one of two people who didn’t wear a wetsuit (out of 40) racing in 16C/59F water temperature and she took first place.

Next was the St. Mary’s Quarry 5K race. Haslem placed second overall and first out of the females and took five minutes off her time from the previous 5K swim.

The third 5K race for Flora was in Lake Simcoe, where she placed third overall and second among the females.

Flora has a few more races to complete this summer and is working towards her goal of completing more significant lake-crossing swims.