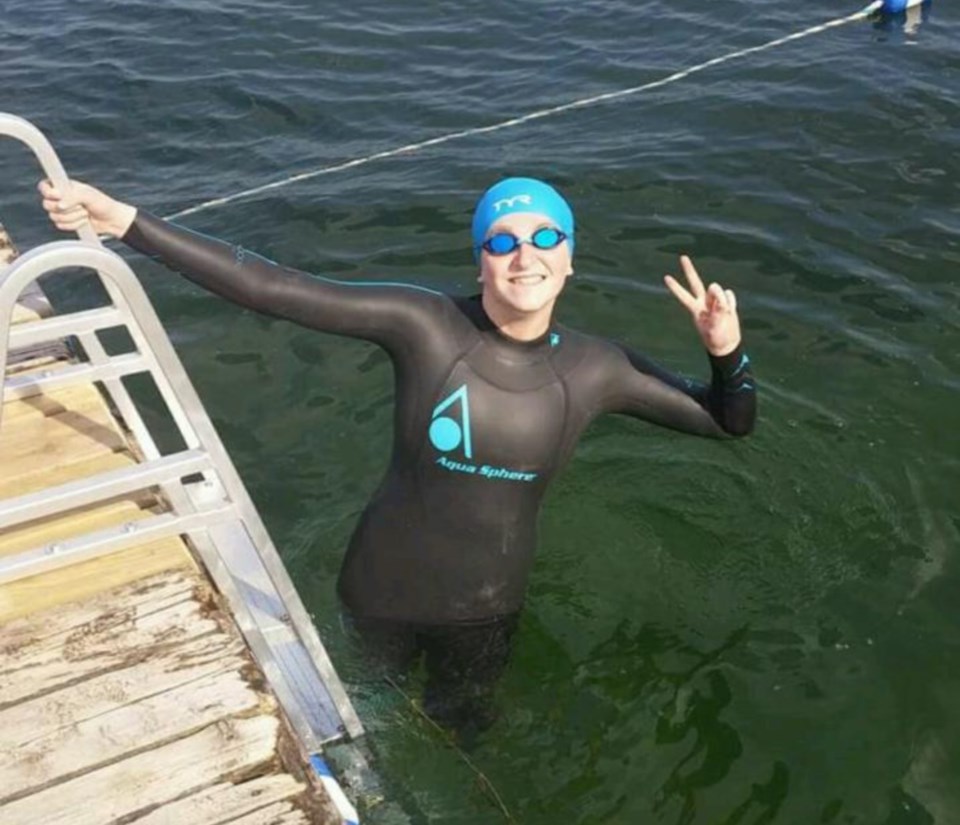 Halsem completed the swim in just over three hours, placing second among the females and sixth overall.

“I was a bit frustrated because one of the buoys floated off course which caused some of us to swim almost two kilometres extra," said Haslem.

“She held it together well and finished the race strong as ever," noted Channel Cats Coach Tatum Haslem.

Flora is preparing for her next Open Water (3.5 km) swim in Toronto, slated for Aug. 26.

Former Orillian sets personal best in virtual Boston Marathon
Sep 21, 2020 8:00 PM
Comments
We welcome your feedback and encourage you to share your thoughts. We ask that you be respectful of others and their points of view, refrain from personal attacks and stay on topic. To learn about our commenting policies and how we moderate, please read our Community Guidelines.