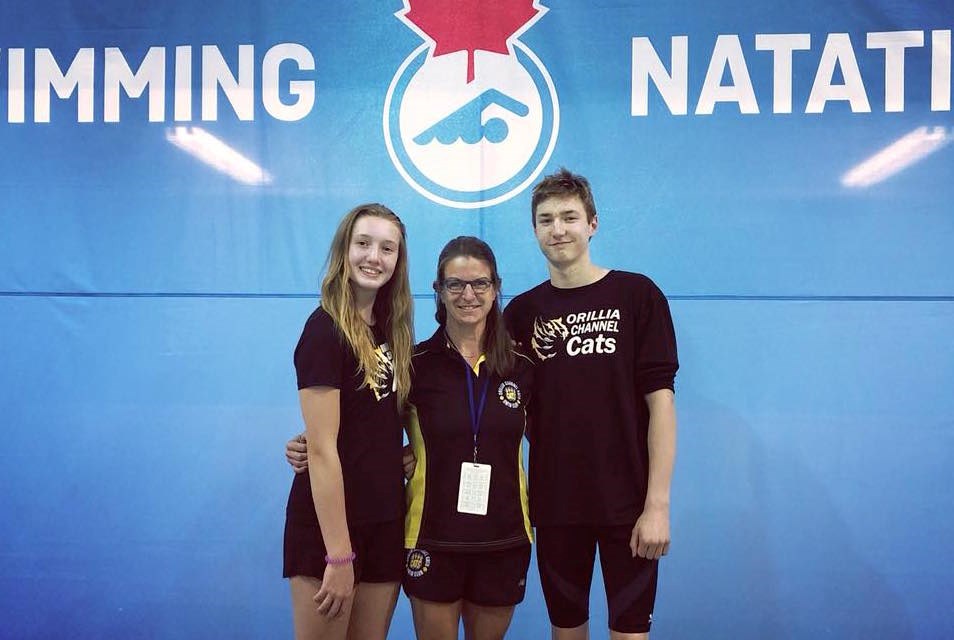 NEWS RELEASE
ORILLIA CHANNEL CATS
*************************
Two members of the Orillia Channel Cats Swim Club competed at The Long Course Canadian Junior Championships held in Winnipeg at the Pan Am Pool. Some of the fastest Canadian swimmers between the ages of 13-17 were in attendance.

Caleb Near (15) and Blythe Wieclawek (13) qualified in two events each.

Near competed in the 200-metre backstroke, improving his personal best by almost three seconds, qualified for finals, placed 12th overall and broke the club record (2:14.05).

He also raced in the 100 backstroke beating his time by almost a full second (1:00.36) and qualified for finals where he placed sixth overall. Near just missed setting a new club record in that event by .04 seconds.

Wieclawek , at her first national level meet, competed in the 100-metre backstroke and swam a personal best time by over a second (1:09.36) and set a new club record in that event.

Wieclawek moved from 44th place up to 24th. Wieclawek also raced the 50-metre freestyle and was just off her best time in that event, placing 27th overall.

“My goal as coach heading into this meet was to keep the training interesting and challenging enough to race best times in Winnipeg. We practiced in the lake, headed to the nearest 50-metre pool twice and trained a couple of times with the club from Bracebridge just to mix things up,” says head coach Meredith Thompson-Edwards.

“I am very pleased with our results. The plan is to be able to attend these big national -evel competitions and race best times, to not let the pressure of the competition affect performance," she said. "In my opinion Caleb and Blythe were very successful.”

The Channel Cats will begin training for the upcoming season in September.