Colts skating in a 'different direction,' part ways with coach 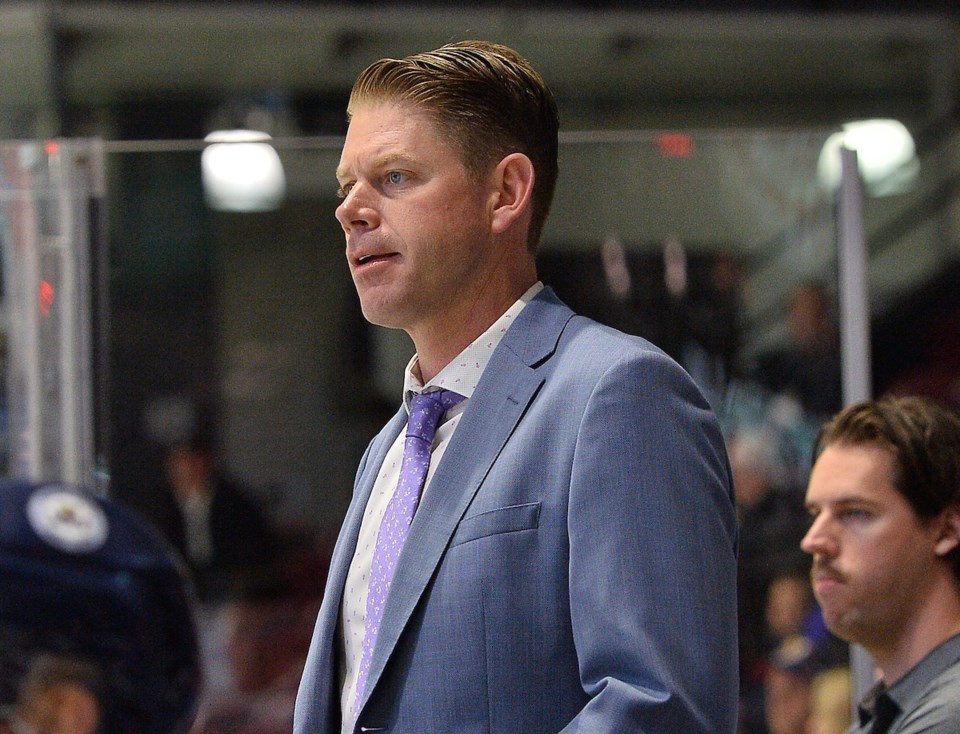 Todd Miller's days behind the Barrie Colts bench have come to an end.

The longtime assistant coach, who took over after interim head coach Warren Rychel was fired in mid-January, was told Friday by Colts president and owner Howie Campbell that the Ontario Hockey League club was going in another direction.

Miller, who was with the organization for almost 11 years, was hoping to take over the head coaching vacancy on a full-time basis after his friend and longtime head coach Dale Hawerchuk died last month after a year-long battle with cancer. The Hockey Hall of Famer was 57 years old.

"It is disappointing that I don't get that opportunity, but they're looking in a different direction, which I understand," Miller said. "It would have been nice and I'm going to miss the guys. It was something that I was hoping we can continue doing."

Miller admits it's not going to be easy leaving Barrie.

"I loved my time in Barrie and enjoyed every minute of it," said Miller, who first stepped behind the Colts bench during the 2010-11 season. "I want to thank the fans for my decade of being there. It's just been a tough year, obviously with Dale and that situation, but things have to move on at some point.

"Change does happen," he added. "I'm not happy, but at the same time, I'm just ready for my next challenge."

Miller took over a struggling Barrie team in January that had lost six straight and, at the OHL trade deadline, had dealt away most of its veteran stars, including Ryan Suzuki, Tyler Tucker, Matej Pekar, and captain Jason Willms.

After expecting to compete for a Central Division title, the Colts suffered a rash of injuries and were in danger of missing the playoffs when the coaching change was made by letting Rychel go.

Miller would guide a young, rebuilding group led by newcomers Evan Vierling and Ethan Cardwell to an impressive 13-7-2 record and get within six points of the division-leading Sudbury Wolves before COVID-19 shut down the OHL season with just two weekends remaining.

The 42-year-old Elliot Lake native said the players responded well amid the uncertainty.

"They took the bull by the horns and it was a tough year on them as well with coaching changes," Miller said of the young club. "I think we all just came together and decided we're going to work our butts off here.

"I was real proud, right out of the gate, with the kids," he added. "Even down the stretch when we were playing three-in-three nights and they might have lost one pretty big in the third game, but those two games before that they emptied the tank and that's what they had to learn. I hope they take that with them."

The team's response will only make the players better in the future, Miller said.

"There's a lot of learning lessons over the course of the year last year and I think that's going to bode well for the team moving forward," he said. "All the young guys getting so much ice time, I think they're going to go to a whole other level."

Miller was hoping for the chance to continue guiding a young Colts team, which is expected to be among the top teams in the Eastern Conference this coming season.

"I thought I got my opportunity and proved I could do it, and unfortunately they were just going in another direction and there's nothing you can do about it," he said. "I tried to give as much as I could to those young players. I just hope the best for the players."

Miller says he's hoping to stay in the game and has already had conversations with other hockey clubs, both pro and the OHL, about possible coaching opportunities.

"We'll see how it goes," said Miller, whose hopes are to be a head coach down the line. "Even if ... I land as an assistant in the American Hockey League, I'm looking at many different options right now.

The OHL season is slated to begin on Dec. 1, which is dependant on getting clearance from the province.

Other possible names being considered for the Colts' head-coach position include former bench boss Marty Williamson, who is currently the club's senior advisor to the director of hockey operations, and Josh Dixon, a former head coach with the QMJHL's Saint John Sea Dogs.