Long-time volunteer at Hawk Ridge records hole in one

With his feat this week on the Meadow Nest course, Bryan Austin now has two aces and has finally caught up to his wife, who already had two
Jul 31, 2020 7:15 PM By: OrilliaMatters Staff 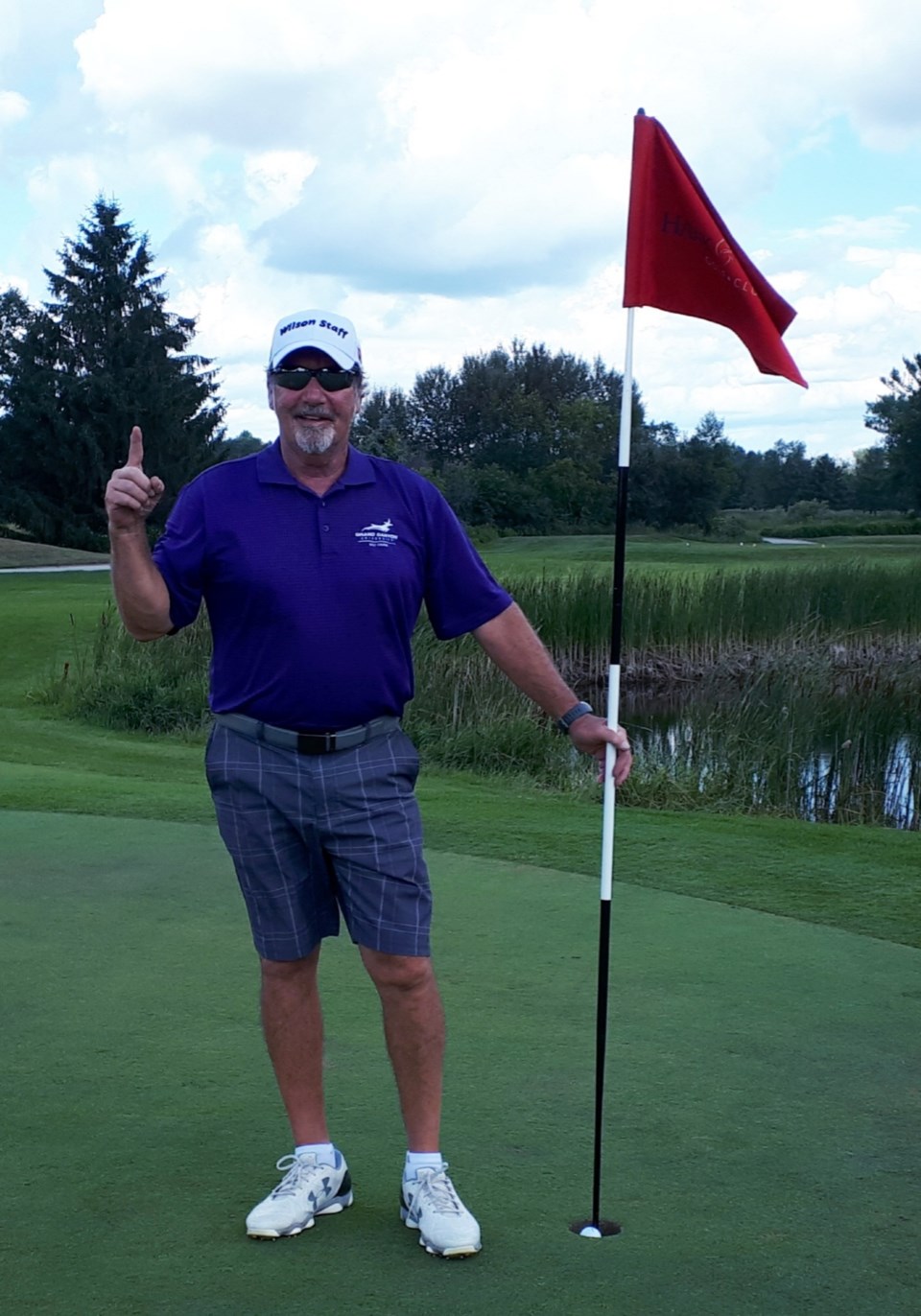 Bryan Austin was all smiles after recording a hole in one on the 8th hole of Meadow Nest at Hawk Ridge Golf Club. Contributed photo

Austin hit a 9 iron 129 yards to a tough front-left pin placement on the 8th hole of the Meadow Nest course at Hawk Ridge Golf Club.

Austin's first ace was 20 years ago in Belleville. He has now caught up to his wife, Cathy, who already has two aces.