After a one-year hiatus, popular Wednesday Night Racing Series is poised to return; 'It’s a staple in the community here for youth and families,' says official
Apr 17, 2021 8:30 AM By: Tyler Evans 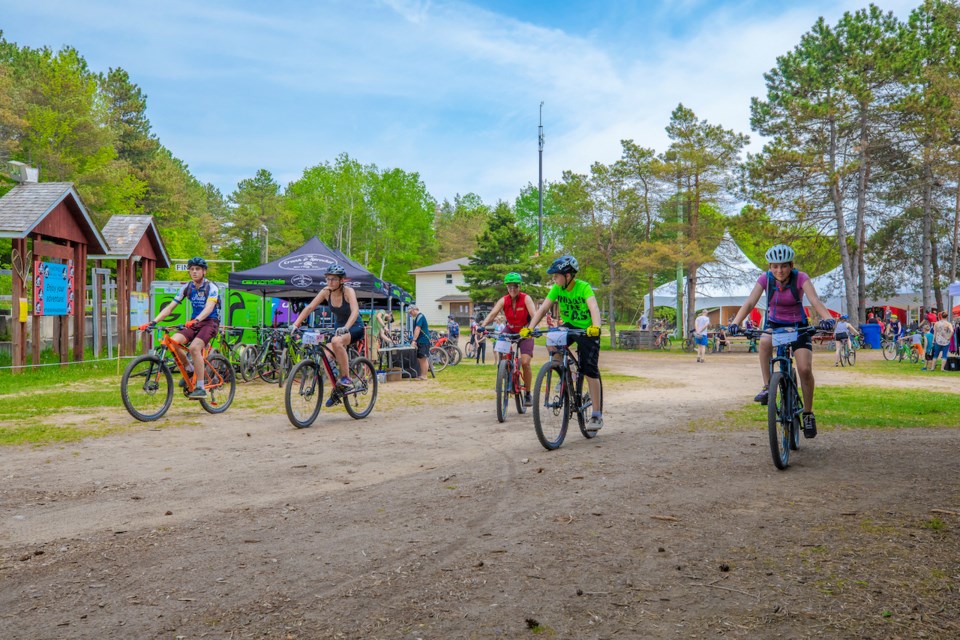 Hardwood Ski & Bike in Oro Station is open today and is set to resume its Wednesday Night Racing Series next month. Contributed photo.

Hardwood Ski & Bike is open for mountain biking as of today. Despite yesterday's tightening of provincial regulations, no mention was made of such facilities so, at least for now, the trails will be open.

Bike rentals are available via online reservation. Bike service and retail are open for curbside drop off/pick up.

And, after a one-year hiatus, Hardwood is gearing up to resume its popular Wednesday Night Racing Series later this year.

General manager Gareth Houben says the plan is to start on May 18, but that is subject to regulations and protocols that are laid out by the provincial government and the Ontario Cycling Association.

“We have to be in the colour code of orange or better in order to run these races,” Houben said.

Despite the current stay-at-home order, Houben is confident the race series will return.

“With the information we are being given from various sources, and with vaccines and all the things they are telling us, we will be able to deliver these races in our region at the very least,” he said.

“We are very hopeful to be in orange if not by May, at some point thereafter.”

Last year was the first time the series didn’t run in the over 20-year history of the program’s existence.

“It’s a staple in the community here for youth and families, and with the current state of affairs, we want to be able to give people the opportunity to get outside and exercise. It’s kind of our mandate,” Houben said.

Houben believes last year was “really tough” for racers who were unable to participate in the series.

“A lot of people, especially our Hardwood Next Wave Team, and other teams like that, train all year to race. It’s a social thing for them; some of them are very competitive, some of them are high-level athletes looking to go to the Olympics, so we have a big range of cyclers and I’m sure it was a big blow to everyone,” he said.

“It’s so important to get them back to some sort of normalcy as long as we can keep them safe.”

While the race series is expected to return, Houben admits there will be some changes in place to keep racers safe.

“In previous years the races would have mass starts, people would be shoulder to shoulder, we would have award ceremonies, everyone would be having a good time socializing. It might be a little while before we see that again,” he said.

“We can keep everyone distant, we can deliver individual start type races where no one comes within six feet of each other, everyone gets to come out whether they are doing so for fun, for training, or for whatever reason they may have for wanting to do it," he explained. "We are just hoping to give people a reason to get out and exercise, people need it for both the physical and mental element.”

While the series will be restricted and modified, racers are still expressing a desire and excitement to return, Houben says.

“Everyone is thrilled to be quite honest. We have a pretty loyal following, a lot of people who come out year after year. Not being able to come out to race and see all their friends was definitely tough on them,” he said.

“They may not be able to see their friends the same way, but at least they will be able to get out and push themselves a little bit on the race courses, that’s a great step back into the race scene. If we can move into orange, and then yellow, and eventually green, then regulations will allow things to open up a little bit more. It’s all about progress," said Houben.

Under the newly modified series rules, Hardwood Ski & Bike can only host 100 racers at a time during the orange zone. To make sure everyone is still included in the race series, it will now be done over two nights, Houben says.

“Tuesday nights will be offered first to the Hardwood Next Wave Race Team and their family members, Wednesday night for the general population,” he said.

For more information about Hardwood Ski & Bike and the race series, click here.