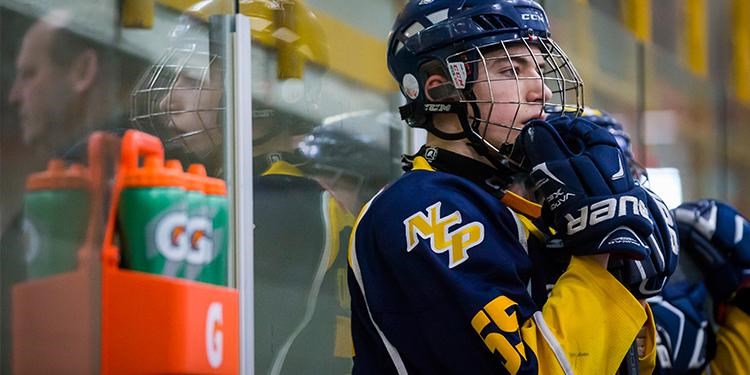 The North Central Predators, a AAA hockey organization headquartered in Rama, have chosen their coaches for next season. File Photo

NEWS RELEASE
NORTH CENTRAL ONTARIO PREDATORS
*************************
After having been away from a ‘normal’ hockey season due to the pandemic, North Central Ontario Hockey Association vice president Rich Foshay is pleased that the selection of its organization head coaches represents a hopeful view to next season - where families can enjoy what Canadians love - playing and watching our National pastime.

“Our Coach Selection committee is thrilled to present our head coaches for the upcoming season. This news is so much more enjoyable to share than discussing safety protocols and restrictions associated with COVID-19”, states Foshay, the organization’s Coach Selection Chair.

“We have assembled an excellent group of first class people to coach for the upcoming season. Our Association sees hockey as a means to help all our players with the development of life skills and the creation of great memories and friendships that will last them a lifetime....along with producing excellent hockey players competing at the province's highest level," said Foshay.

"These selected coaches will contribute positively to our Association's goals. We can't wait to get our season started in the fall."

Bob Drury U-18 (Major Midget) – Bob is a FireFighter who lives in Oro. He was heavily involved in its minor hockey executive there before joining our Preds’ Association.

He is now entering his fourth season in our organization. The progress Bob’s teams have made during his time at NCP is remarkable. He took a last place team in the highly competitive Eastern Triple A league (ETA) and moved them to 7th place out of 13 teams in his first year and then coached them to 5th place finish in year two making the playoffs both of these years.

Unfortunately for his ’05 birth year players, the Pandemic short circuited their U-16 (Minor Midget) year where all signs pointed to a continued path to the top of the league. Bob will bring stability to our Major Midget program for the upcoming season and combine this with a thirst for continued improvement and winning.

Dale Shannon U-16 (Minor Midget) – Dale lives in Oro and has been a fixture in our organization for six years now. His teams have been consistently in the top half of the league, a perennial playoff team, and trending upwards each year.

In his last full season in the ETA his club earned a 18-12-6 record and good for 5th place in the ETA (13 zones). Dale played in the Ontario Hockey League for the Oshawa Generals and North Bay Centennials and comes from one of Simcoe County’s most storied hockey families with both his brothers, Darryl and Darrin having decade plus careers in the National Hockey League.

Dale is excited to have his brother Darrin on the bench with him this coming season along with skills guru Zach McCullough for his club’s coming OHL draft year. Our Association is ecstatic with the leadership of Dale, excited with the bench staff he has assembled and looks forward to this group pushing for a berth in the OHL Cup, emblematic of excellence for U-16 teams in their OHL draft year.

Dale has bred a ‘winning culture’ with this group and we have no doubt that this flagship team will represent our organization with results and class.

Joe Gidari U-15 (Major Bantam) – Joe is currently a police officer after having spent several years in our Canadian military….something of which Joe is very proud.

His coaching credentials include winning an OMHA “AAA” championship at the Minor Bantam level along with another trip to the OMHA Championship weekend the following year. No one is more prepared than Joe Gidari when it comes to recruiting, season preparation and  player motivation. Few coaches can put “AAA” champion on their resume.

Joe takes over for Orillian Chris Carroll who developed this group of players into one of our hardest working and successful groups of players making the playoffs each year and consistently finishing in the top half of the league.

With an excellent core of talent, impeccable work habits and a coach with championship pedigree, our Major Bantam U-15 team is in a position to succeed at the highest level.

Todd Larmon U-14 (Minor Bantam) – Todd is a high school teacher who is entering his second year with our Association. Todd’s first year with NCP was derailed by the pandemic. Todd has played hockey at the Junior “A” level and brings an enthusiasm and work ethic to his teams that is second to none. He has had much success behind the bench having captured a bronze medal at the OMHA “AAA” level a few seasons back….an incredible feat.

Todd takes over this group from Orillian Rob Cipolla  who developed this group steadily over a three-year period culminating in playoff success in the ’19-’20 season. Todd loves coaching kids having done so at the high school level along with his other passion…coaching rugby. Our Association is looking forward to seeing what he can do with this group in his first full season with them. The U-14 group is in good hands.

Mark McGrath U-13 (Major Peewee) – Mark is a high school guidance counsellor from Bracebridge. His playing resume includes having ‘starred’ in the MetJHL with the Muskoka Bears before moving on to play for the NCAA “Division 1” powerhouse St. Lawrence University. Mark then turned his talent into a pro career in Europe before it ended prematurely with a leg injury.

Mark’s coaching career is extensive having coached at several levels over the past decade. Most recently he has been South Muskoka’s skills development director. Under his leadership, his teams are consistently motivated to ‘play the right’ way, skilled and play with the same enthusiasm and passion Mark exhibits for the game. This group has shown steady progression under Elmvale resident Todd Blyth who improved his team’s winning percentage by 15 points over the past two regular seasons. This U-13 group is poised to take another big step forward under Mark’s leadership.

Chris Sharland U-12 (Minor Peewee) – Chris will enter his third season with the Pred with his second season with this group spent in the midst of the pandemic shortened season. Chris is a police officer who lives in Orillia. He has played both junior "A" and at the highest levels of University hockey as a goalie - which gives him a unique vantage point on the game as coach.

Chris has been inducted into the University of Windsor's Hall of Fame based on a stellar playing career there where he led his hockey club to its first ever Queen's Cup Championship....emblematic of  Ontario University hockey excellence. He then played professionally in the US in the Western Professional Hockey League before deciding to begin his policing career.

Chris is an excellent communicator and motivator with his players emphasizing team play, skill development and fun for our young group. As is always the case with our younger teams, the move to “AAA” hockey for families is a big step as our zone is geographically huge and the time commitment great in order to compete against the best players in the province.

Chris continues to establish his program as a developmental opportunity for your aspiring “AAA” players and is currently reaching out to potential prospects throughout our zone in order to move this group to the next level. We’re excited for the upcoming season under Chris’ leadership.

Tobias Whelan – U-11 (Major Atom) – Tobias is from Orillia and works in the Financial Advising industry. Tobias is well known to people in Orillia as one of its’ most successful hockey players of the past two decades.

Tobias had stellar careers with the Oshawa Generals of the OHL and Lakehead University (Thunder Bay) in University Sport having served as team captain for both. He continued his playing career professionally before returning to Orillia to begin his career and raise his family.

Tobias has been involved in our Predators’ organization for a number of years as our Skills Director and many people locally will have experienced Tobias’ hockey talent for coaching in Orillia Minor Hockey and with a number of skills camps he has run in recent years.

Tobias will provide our youngest team with impeccable habits, hockey IQ and a commitment to the game that will be second to none in the Eastern Triple A league.

Developmentally, the athletes under his tutelage will experience a tremendous opportunity to experience the game, develop their individual skills and foster a positive, team focussed attitude. We are ecstatic that Tobias will lead our youngest athletes as they learn about the game of hockey.

Predator President Roger Crandell concurs with Foshay on the assembled group of coaches. "We are very excited to see this collection of coaches lead our teams this coming season. We have outstanding people with excellent hockey backgrounds prepared to work with our kids to  support their hockey aspirations - done so within a positive and healthy playing environment. Our local youth are motivated and incredibly talented young people. We are proud to help provide for them an opportunity to pursue their passion for hockey."