OHL forward has not forgotten his roots 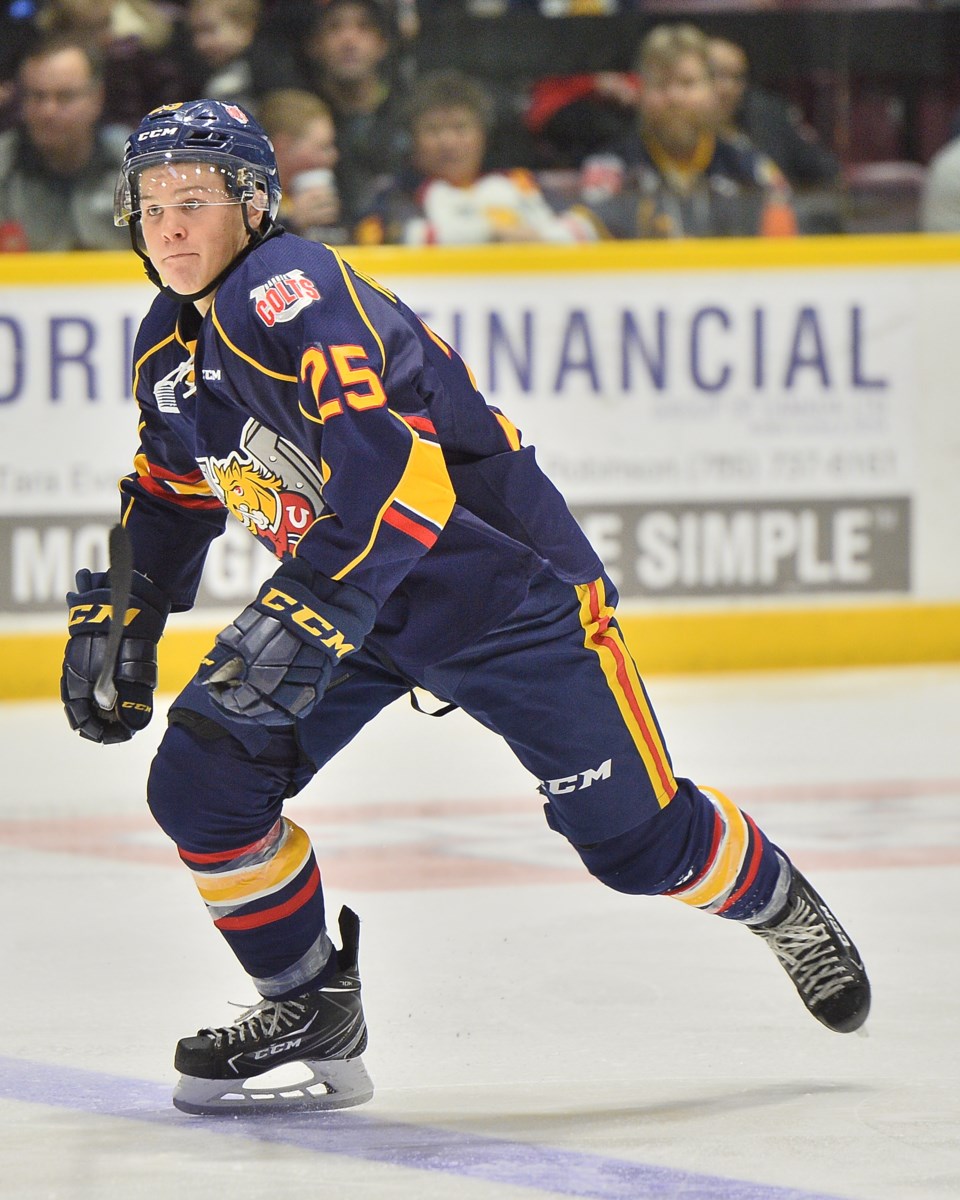 Kyle Heitzner, an Orillia native who now plays for the Barrie Colts, has been nominated as Orillia’s Athlete of the Year for 2017. Terry Wilson for OrilliaMatters

Editor’s Note: Six accomplished athletes have been nominated as Orillia’s top athlete for 2017. Over the next several days, OrilliaMatters will profile the nominees. Today, we feature Kyle Heitzner.

Hockey has been a defining force in Kyle Heitzner’s life, but his success on the ice has not changed him as a person, says Jason Bailey, the manager of the Orillia Ball Hockey League.

After playing minor hockey in Orillia and helping his team win a provincial title, Heitzner began playing AAA hockey with the North Central Predators and skated onto the radar of the OHL’s Barrie Colts, who selected him in the 11th round of the 2015 draft.

To prepare for the OHL, he jumped from AAA minor midget to junior hockey and moved to Cambridge – at the age of 16 – to play for the Winterhawks, where he learned his craft against bigger, stronger, older players. The rookie still managed to tally 31 points in 38 games while being named the team’s most improved player.

In his first season with the Barrie Colts last year, the crafty 5’10” centre had five goals and two assists in limited action while playing in 52 games. This year, Heitzner has played a more regular role on either the third or fourth line and has contributed 12 points in 36 games for a team that is near the top of the OHL standings. In addition to being a great athlete, Heitzner was named the Colts’ Scholastic Player of the Year in 2017.

Despite playing just a step or two below the NHL, Heitzner has never forgotten his roots, says Bailey, who notes Heitzner has been a regular at the Orillia ball hockey rink for years, where he has won countless team and personal awards. Being an OHL player has not kept him from returning to the local ball hockey rink.

Heitzner has helped his team win five consecutive Men’s A Division titles. In 2017, he was the Orillia league’s MVP and scoring champ. “Heitzner has pretty much won everything here at the OBHL: scoring titles, championships, MVP’s – you name it and he has probably won it,” said Bailey. “But the most impressive thing about Kyle is that he has done all his winning with kids and adults a lot older than him. Kyle started playing in men’s leagues with his dad when he was about 14. He wasn’t just playing in the leagues, he was dominating them.”

Just as impressive is the way he conducts himself outside of the games, said Bailey. The Patrick Fogarty Catholic School graduate “always makes sure to take the time to talk to his fans and supporters,” said Bailey. “He spends a lot of time around the rink and being positive with young kids learning the game. He probably spends more time down here than most of the players in our league, and that’s pretty amazing for a guy that has a whole professional hockey career ahead of him that could easily just leave this small league/town behind.”

In addition to his stellar achievements in hockey, Heitzner, in his final year at Fogarty, helped his team to a second-straight provincial field lacrosse title and also played fastball.

The athlete of the year is chosen by a nine-member panel of local judges. The award will be handed out during a meeting of City Council Feb. 12. The award was first presented in 1952 after Norm Davis created a trophy for the honour. Past winners include Walter Henry, Bill Watters, Brian Orser, Clary Payne and Gander Ross.

Wins and titles are built by hard work, says passionate local coach
May 26, 2020 7:00 PM
Comments
We welcome your feedback and encourage you to share your thoughts. We ask that you be respectful of others and their points of view, refrain from personal attacks and stay on topic. To learn about our commenting policies and how we moderate, please read our Community Guidelines.