The format for a potential return also remains up in the air at this point
Apr 15, 2021 5:45 PM By: Brad Coccimiglio 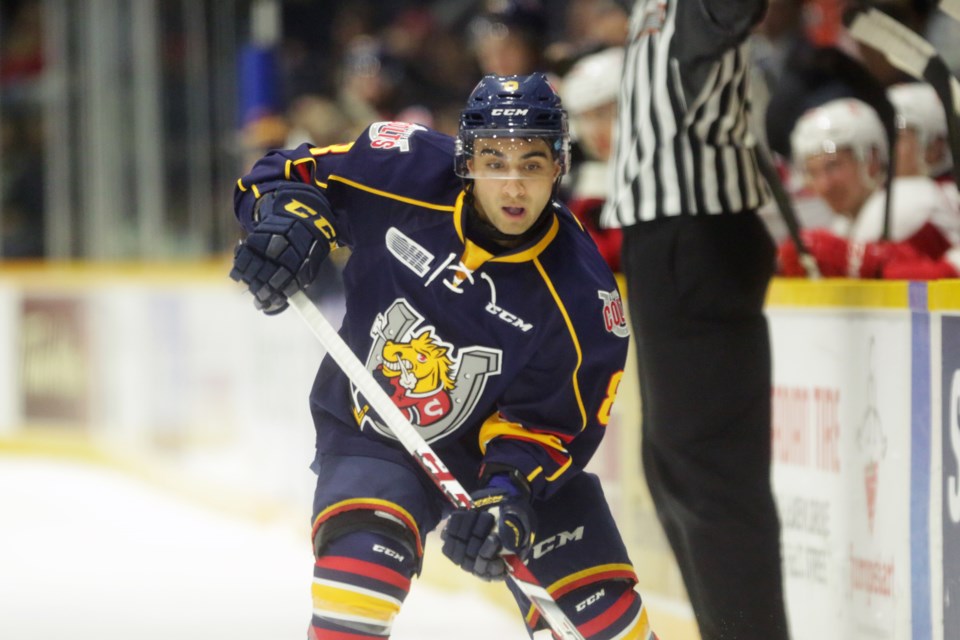 Lucas Chiodo of the Barrie Colts seen during a game against the Soo Greyhounds at the Barrie Molson Centre. Kenneth Armstrong File Photo

The potential of the Ontario Hockey League returning to play remains up in the air.

With rising COVID-19 cases in the province of late, Ontario Minister of Heritage, Sport, Tourism and Culture Industries Lisa MacLeod said in a press conference Thursday afternoon that how quickly the spike happened has played a role in a delayed decision on when the return might happen.

MacLeod said the final decision on when the league would be able to return o action lies with Ontario’s health officials.

MacLeod said she “hoped we would be in that position at the end of March.”

“The health conditions shifted within days underneath our feet,” MacLeod added. “We have gone back to the OHL to look at what a different scenario could look like.”

“At the moment, given the current health circumstances, it would be irresponsible for us at the moment to green light play,” MacLeod also said. “We’re starting to see outbreaks in other leagues, even within the NHL, so we just need to be very mindful of these young athletes and their long-term health.”

In March, MacLeod said she was optimistic that the league would be returning.

Now, the OHL’s return and exactly how it could look when it does happen still have a number of questions attached to it.

“What format this may take is still under discussion,” MacLeod said.

“There will be a lot of going back-and-forth in order to ensure (it’s safe),” MacLeod added. “You look at the number of people that can be in a building; which cohorts are able to mix; what the level of sanitation is; what are the rigorous testing protocols; making sure that if there is going to be some form of hub or a bubble that the athletes would enter the facility clean, i.e. not carrying COVID-19 and strict adherence to the rules and procedures. I felt that we had a place that we were able to land on and then, withing two day, the number of cases in Ontario spiked and we were in a stay-at-home order.”

The OHL released a statement Thursday evening on MacLeod’s comments, noting that it had recently been granted approval on a return to play plan.

“Over the past number of months, the league has worked tirelessly with Premier Doug Ford and the office of the Chief Medical Officer of Health on a return to play plan, which we believe is in the best interest of our players’ physical and mental health,” the league statement said. “This has been our priority and our return to play plan was recently granted conditional approval. The recent increase in COVID-19 cases across the province paired with the latest reinstatement of a stay-at-home order have put increased pressure on these plans.”

The Canadian Hockey League announced earlier this week that the Memorial Cup has been cancelled for the second consecutive season.

The CHL’s other member leagues have managed to get games in this season.

The Quebec Major Junior Hockey League, which began regular season play in October, has a playoff schedule planned to begin for Quebec-based teams later this month while its Maritime-based clubs will begin playoff games in early May.

About the Author: Brad Coccimiglio

A graduate of Loyalist College’s Sports Journalism program, Brad Coccimiglio’s work has appeared in The Hockey News as well as online at FoxSports.com in addition to regular freelance work with SooToday before joining the team full time.
Read more