Sebastien Roy moved to Orillia to fish; Despite a big investment in the sport, 'it’s not about the money. It’s more about the memories'
Aug 1, 2020 11:15 AM By: Sam Gillett 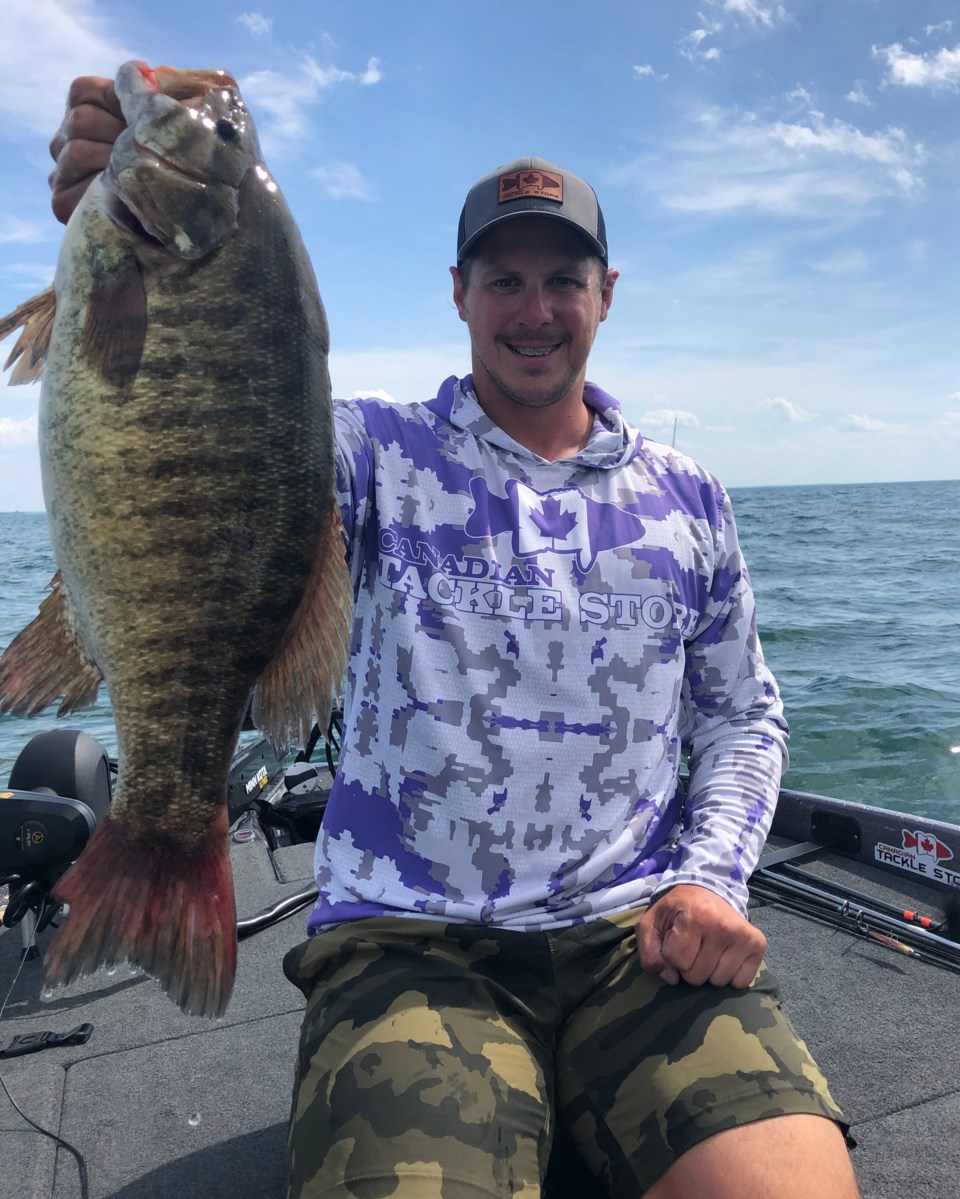 Sebastien Roy, a local angler, hooked a 7.18-pound bass at the recent Bronze Back Cup hosted by the CSFL on Lake Simcoe. Contributed photo

While many sports have suffered due to COVID-19 restrictions, that’s not stopping local pro anglers from netting super catches.

On July 25 and 26, the Canadian Competitive Sport Fishing League (CSFL) hosted the annual Bronze Back Cup, a two-day event which usually brings top fishers from across Ontario to Lake Simcoe.

Scott Murison of Oro-Medonte and Frank Adamo from Bradford won the tournament as their five best fish totalled the most weight.

Orillia angler and Canadian Tackle Store owner Sebastien Roy caught a 7.18 pound bass - a massive fish which won him the "biggest fish" prize worth over $3,000.

“I looked at my partner and said, 'That’s a big fish. Nobody's touching that,'” he told OrilliaMatters.

Such a big bass is a rare find, especially in a tournament, said Roy.

“You know that catching a seven-pounder in a tournament ... not a lot of people are going to catch that.”

Murison says he didn’t know he and his fishing partner had won the annual competition until near the end of the tournament.

“I don’t think I knew I won until I came in and weighed in  There’s just too many good anglers in that field.”

“It’s a big body of water; weather's a big factor. The water is very clear, so fish are spooky, they’re skittish,” said Murison. “Staying far away, making long casts - those are a couple things you have to do.”

Those strategies must be working: Murison won the Canadian Open of fishing just two weeks ago.

For competitive anglers, a tournament means getting up around 4:30 a.m., and spending eight hours on the water -- usually under a hot sun.

Roy moved to Orillia because of fishing. Now that he lives here he can get on the water much quicker. And this summer, due to new costs for out of town anglers looking to launch their boats, he’s been able to get out much easier.

The tournament changed, too, switching locations from Couchiching Park to Lagoon City due to Orillia’s new COVID-19 restrictions and parks staff reductions.

“The tournament director has a lot of things in place,” said Murison. "It’s made it different, but I’m just fortunate to get out and enjoy the tournaments.”

“In general, if events can be done properly, all the necessary precautions can be done,” said Pallotta.

But out on the water, social distancing is easy. And all that matters is the fish and memories.