Medals handed out as popular program wraps up for another season
Jun 26, 2018 10:30 AM By: OrilliaMatters Staff 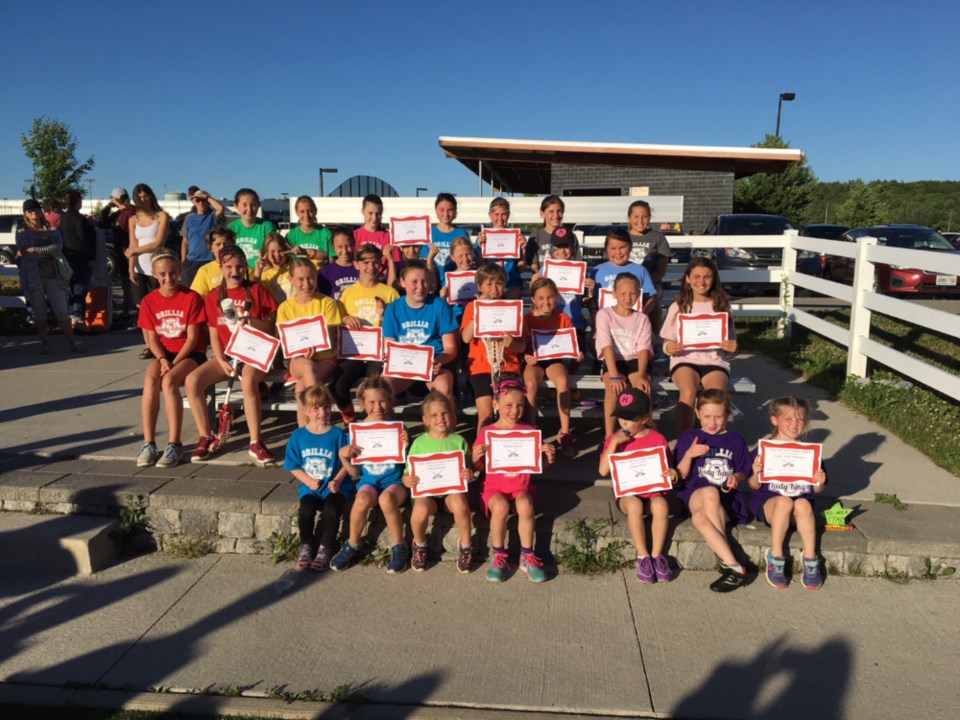 NEWS RELEASE
ORILLIA LADY KINGS LACROSSE
*************************
Another successful season of Orillia Lady Kings house league lacrosse action came to a close last night as teams fought it out to see who would be the ultimate winners in each of the four divisions. The weather cooperated and organizers were extremely happy with the enthusiasm and improved skills all the players showcased in the final night of play.

In Little Lady King (LLK) play, Scetto Construction would earn a 3-1 win over TD Canada Trust to claim gold this year. Amelia Scetto would score a pair of goals and would get a single marker from Olivia Mathieson to pace their team to victory. Pyper McDonald was the lone goal scorer for the TD Canada Trust squad. There was another close battle in the bronze-medal matchup as Pepper Haulage would score a 3-2 victory over Mariposa Landscaping. Lily Robins provided all the scoring for Pepper Haulage recording a hat trick while Ellie Lynch would be the lone goal scorer for the landscaping crew.

In U11 playoff action, Telford Property Management received two-goal efforts from Emma Donglemans and Cameryn Knee to pace their team to a 5-0 victory over Sunshine BBQ and claim the gold medal. Jessica Noganosh also scored for the winners. The bronze medal game went to R&F Construction as they trounced Freeman AutoSource by a decisive 10-1 margin. Aside from Rayne Noganosh’s two-goal effort, the construction crew received balanced scoring from Morgan Parnell, Kaelyn McDonald, McKenna Maracle, Jayden Maracle, Brooke-Lynn May, Annabelle Watson-Baker, BriAllen Wilson and Tessa Patterson all with goals aiding Mira Cresanto, who earned the win in net. Emersyn McLaughlin was the lone goal scorer for the auto dealership to beat Cresanto who earned the goaltending win in net.

The U13/U15 house league gold medal game was a lopsided affair as Peak Engineering put the gears to Tryon Construction by a 12-1 margin. Melanie Decock recorded a four-goal effort while sister Hailey Decock and Sadie Armstrong each recorded two-goal efforts. Jaiden Smellie, Kingsleigh MacPherson, Grace McLelland and Jessica Sattler rounded out the goal scoring and Valerie Clay would play well in net to earn the victory. Clare Wilson was the lone goal scorer for Tryon Construction. Champlain Ready Mix cemented the bronze medal by winning 12-3 over Bradley Homes. Grace Yakeley had quite a night as she recorded a five-goal, three-assist effort for the winners. Sophia King, Jaylon Thompson and Megan Duffy each had a pair and Izabella Marino rounded out the scoring. Hailey Irwin with a pair and Catherine Varley scored in a losing cause.

The scoring continued in U13/U15 elite action as Royal Lepage – Dan Parnell gang earned a terrific win over TJS Sheet Metal by a 10-4 score. Sydney Shawyer and Emma Torkoff each recorded three goals while Mayson Parnell added her own two-goal effort in the win. Anna Lajoie and Eleanor Waite added singles for the realtors. Kieran Goldthorpe would reply with a two-goal effort and Riley Marwick chipped in with a goal of her own in the loss. Kutting Edge Promotions Inc and West Street Storage would end the season fittingly in a 6-6 tie in the final game of the night. Bethany Marchant had a hat trick and Makayla Clarke added a two-goal effort alongside Sofia Cessanese adding her own marker for Kutting Edge Promotions Inc. Jayden Taylor and Hannah Rudge each scored two goals with singles from Rebekah Kee and Kennedy Clarke would round out all the scoring stats for the evening. Ryin Davidson and Megan Walsh were the goaltenders of record.

On behalf of the executive, volunteers, players and parents we would like to thank all the sponsors for their ongoing support and participation in this year's season. A huge thank you also goes out to Mardi McLaughlin (VP girls lacrosse) and Shannon O’Connor (House league director) for their tireless efforts and dedication.