Local lacrosse team's season comes to a close at Welland tournament
Jul 28, 2018 10:30 AM By: OrilliaMatters Staff 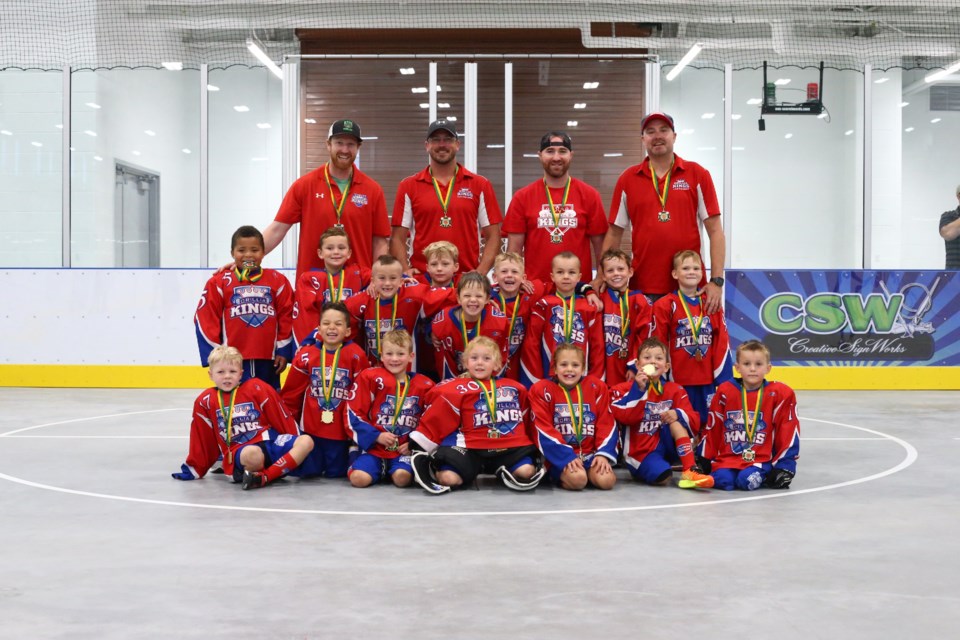 The Strata Wealth Management paperweight Kings have reached the end of a fun-filled season.

The Kings played their final game July 22 at the Greg Campbell Memorial Tournament in Welland, pulling off a big win against the Kitchener-Waterloo Braves. The team fell short on the scoreboard earlier in the tournament in games against teams from Peterborough, Oakville and Guelph.

Earlier this month the team travelled to Oshawa to compete in the Braver than Brave Tournament, winning two of their four games.

Overall the paperweights played 13 games this season, which included match-ups against teams from Barrie, Newmarket and Shelburne.

The team comprised of five- and six-year-olds, most of whom were playing their first year on a rep team, gained skill, knowledge, respect and a love of the game from coaches Chad Thompson, Andrew Hawke, Adam Hamilton and Tobias Whelan. The players in turn taught the coaches a few things, like how to floss and how to win a water balloon fight.