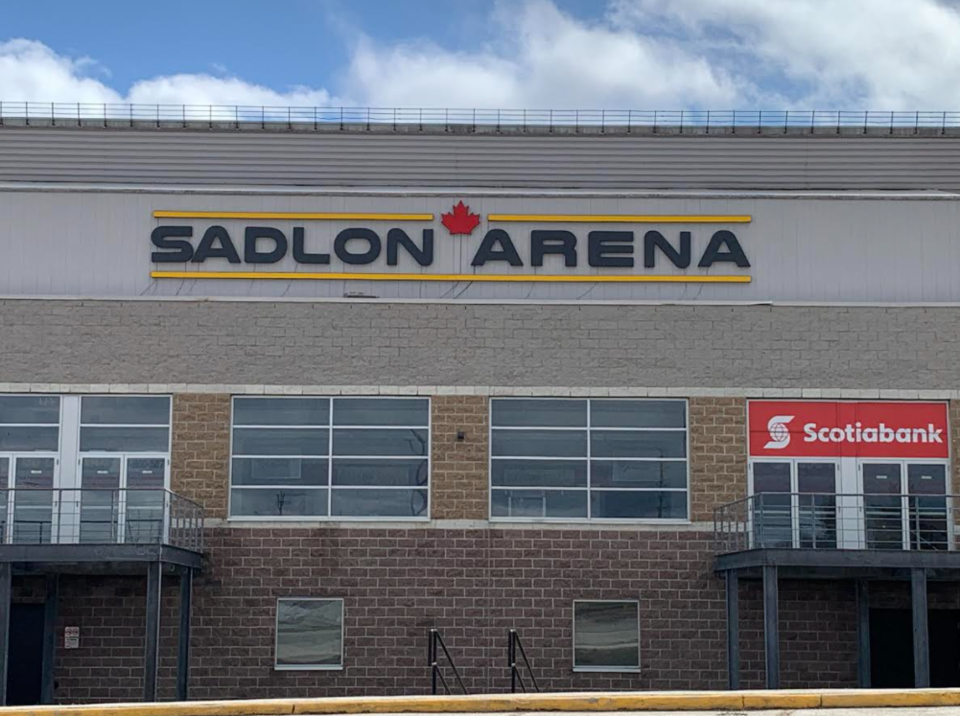 Resizing Barrie’s Sadlon Arena comes with more questions than answers at this point.

Councillors approved a motion Monday night that city staff report back to them before completing and submitting a grant application for the Ontario Community Building Fund - Capital Stream to expand the Bayview Drive facility.

It would involve a three-storey addition on the north side of the building, including a new grand entrance to the arena with additional multi-purpose/trade-show space, ticket booths, concessions, a multi-use sports bar, additional office and retail space, possibly a new home for the Barrie Sports Hall of Fame, additional dressing rooms, player dining and lounge facilities, medical facilities, storage and meeting space, media and VIP lounges, a new sound system, an upgraded green room along with additional spectator seating to bring its total capacity to about 5,000 people.

The capital cost estimate is $7 million to $9 million, but those numbers are a year old.

Deputy Mayor Barry Ward said councillors need to know more before even applying for the funding.

“I’m not suggesting it’s a good or bad idea; I just can’t tell from the information that we have,” he said. “We have time. The Ontario Community Building Fund isn’t even taking applications yet. They haven’t even set the criteria for those applications. Nothing has been set yet.”

Ward said it’s unknown if there’s a funding maximum, what the capital and operating costs of this project are, its design, revenue streams and how much of the city municipal accommodation tax (MAT) would be needed for the project. It's also unclear whether there could be a surcharge for every event at Sadlon Arena to help pay the expansion’s cost.

“We need this information from staff before we decide, as a city, whether we’re going to go ahead with this project. We don’t know the cost,” he said.

Coun. Gary Harvey, who is pushing the project, supports Ward’s request for more information, as long as it doesn’t take too long, because there could be a short window to apply.

The Ward 7 councillor also says this expansion would have broad implications.

“I want it to be clear, this is not about the Barrie Colts,” he said. “This is about tourism and economic development. It’s the one sector that’s been hit the hardest through this pandemic, is our hospitality sector. When you think of the revitalization this could put into that sector when it comes to hotel visits, restaurant visits…

“The amount of skin in the game the Barrie Colts will have with this… the area of extended dressing rooms would just give the Colts a shell, and they would be taking care of all the finishing, estimated at between $1 million and $2 million,” Harvey said. “They have significant skin in the game. … They’re not going to be receiving a whole new place courtesy of the taxpayers.”

But Mayor Jeff Lehman said there are many variables that come with this project.

“If we knew we could pack that place with 5,000 to 7,000 people for events on a continuous basis, then there’s an obvious return on the investment to expand that facility,” he said. “If not, if we’re talking about one event a year, you've got to really look at the economic impact of that and the operating impact of that, and run the numbers.”

Coun. Keenan Aylwin said he does not support the project.

“We have strategic priorities that we have set as a council and I think there are other projects that we are looking at that fit better into those,” he said. “We’ve just struck a performing arts centre task force, struck a market precinct task force and I think it’s important that we let those groups do their work and come back to council with their recommendations, because there may be requests for funding, capital funding.”

Aylwin also said Barrie’s tourism master plan has a section on sports tourism which says the current mix of sport facilities provides a good base for community use and some provincial competitions.

“To me, that’s fairly clear where the tourism master plan stands,” said the Ward 2 councillor. “We’re missing out in terms of arts and culture, and the reality of this proposal is that it would require capital finding of some sort above and beyond what’s available through the Ontario Community Building Fund. That funding is very limited.”

Coun. Jim Harris supported the motion, but with reservations.

“I’m a wary observer of the potential outcome,” he said. “My sticking point would be how it impacts other facilities that we don’t have and desperately need.”

City council will consider final approval of this motion at its May 31 meeting.

Harvey has said the expansion is necessary so Sadlon Arena can host major national and international events. Lack of seating and event space don’t allow that now.

City staff would work with community stakeholders such as Tourism Barrie, the Barrie Colts organization, the Canadian Hockey League (CHL), Skate Canada and Curling Canada to ensure that the application meets the requirements of these organizations to host provincial, national and international level competitions.

Harvey says the grant, funding from Barrie’s municipal accommodation tax and other federal funding could cover the costs, so taxpayers would not be on the hook. Revenue from the tax is split between the City of Barrie and Tourism Barrie.

Harvey notes that while the former Barrie Molson Centre was state-of-the-art when it opened in December 1995, it isn’t anymore. Capacity would be close to 5,000 with the expansion, he said.

If the application is successful, staff would report back to councillors on financing options and ongoing operational implications for the proposed Sadlon Arena expansion.

A provincial agency, the Ontario Trillium Foundation’s website says more information will be available later in 2021.

Harvey says the grant has an overall budget of $55 million for the submissions and typically grants cover 50 per cent of the capital cost.