'Susan has been integral in the association's success and being financially sound for its members' says OMHA president of retiring administrative assistant
Jun 14, 2021 9:30 AM By: Tyler Evans 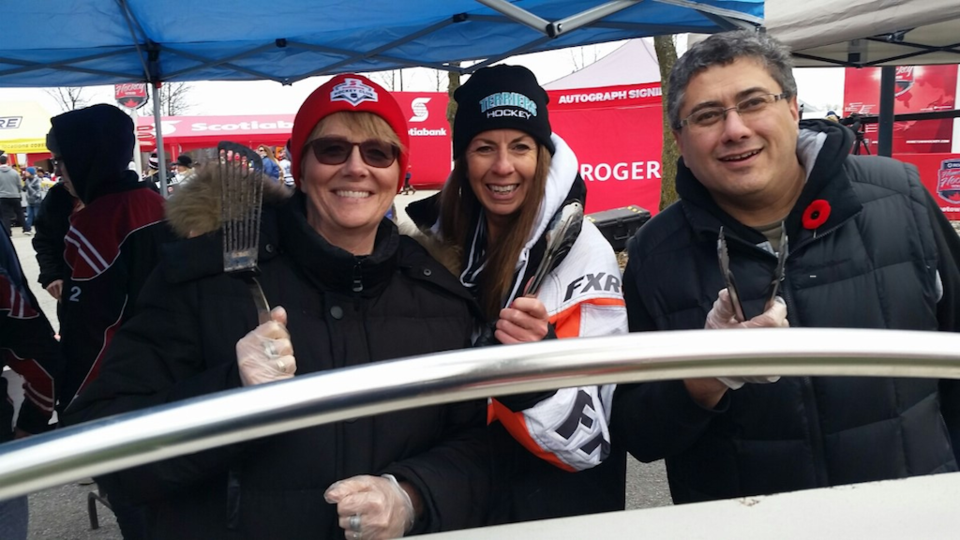 Susan Burnett is retiring after serving 22 years as the administrative assistant for the Orillia Minor Hockey Association (OMHA).

Burnett transitioned into her role with the OMHA after spending time as the executive director for the local Big Sisters organization for several years.

Her duties at the OMHA included supporting the board of directors, looking after the books, registering players, working closely with the Ontario Minor Hockey Association to help get youth rostered, and she helped Mike Borrelli run various tournaments hosted by the local organization.

“My background included working with a not-for-profit organization, so working for another one made some sense for me,” Burnett explained.

“Working for a not-for-profit is very interesting because your boss changes every year or two because the president changes; that change makes it interesting.”

“I’m not even a hockey fan," she quipped. "The game itself - I’ve never really liked which is kind of funny."

Burnett’s love for the OMHA goes well beyond sticks, pucks, and ice.

“Hockey is the biggest sport in Orillia and our whole community comes into that arena at some point whether it’s for minor hockey, girls' hockey, or figure skating. The community, as a whole, really traverses through that door,” she explained.

“It’s a great way to stay in touch with the community and it was a wonderful way to be involved in watching kids grow which makes up for some of my best memories.

"I enjoyed watching kids start as mites and end up graduating and going away for school. In the last few years I’ve actually had their children come register which is a whole circle of life," she explained.

Despite Burnett’s love and passion for the OMHA, she has faced many challenges in her position over the years.

“As life has gone by there have been many challenges with the rules, more regulation, parents having to take courses and clinics,” she explained.

“When I first started at the Community Centre people just came to play hockey; you didn’t have to sign up for this, be certified in that. As time has gone on, there has become more things like insurance and liability issues that have put people at the forefront," Burnett said.

Over the years, the game of hockey and how it’s played has evolved, which has also presented many challenges for Burnett.

“The game itself has changed. The focus used to be on kids coming in to do their practices and then playing their games, now that focus has changed,” she said.

“Hockey Canada has changed it to a more skill-based game; the focus isn’t so much on the game anymore as it is on the development of the player.”

The many changes to the game over the years are a good thing, Burnett believes.

“The game is now more appealing and inclusive for more people. Parents are given direction to not worry about the winning aspect of games as much as they are the development of the player,” she said.

The biggest challenge of all for Burnett came during her very last season with the OMHA - the COVID-19 pandemic.

“It’s been an interesting change, and I think as an association we have been instrumental in getting our kids as much ice time as possible for our kids to play hockey during COVID,” Burnett said.

“We were one of the very few associations who were able to actually have kids play games, although they were three-on-three or four-on-four, some associations never got that off the ground," she noted.

Burnett gives credit to the parents, players, and the board of directors who worked tirelessly to make sure local youth got to play some hockey this past fall.

“The fact that the kids adapted to this different play was really great given the circumstance,” she said.

Burnett is now prepared to move on from the OMHA; her resignation goes into effect as of June 29.

“Life has chapters. I think after 22 years it’s time for me to write another chapter,” she said.

“I have lots of things on the go. My husband Jim and I have property up north we go to, we have just purchased a motor home, and our plan is to travel.”

It’s going to take some time for Burnett to get used to retired life. It will be much different from the 32 hours a week she logged during hockey season.

“It’s a pretty intense job and I know for sure somebody is going to be able to pick up that stick and carry on, I’ll be there to help with the transition of that,” Burnett said.

“I welcome someone new to come in with lots of energy. It’s going to be an interesting year coming up with COVID still hanging around. I pray come September we will be back on a normal hockey season, but I’m not sure about that right now," she admitted.

Burnett plans on stopping by the arena frequently during hockey season to make sure everything is running smoothly.

“That place has been my baby for 22 years. Some people go to a job, but it was never a job for me, it was a part of me,” she said.

“I want to thank everyone for the years, and I’m going to miss seeing their little faces coming into that arena for sure.”

“Susan has been integral in the association's success and being financially sound for its members,” Fagan said.

“She has always and only been concerned about protecting the members, that has been her greatest strength.”

Fagan went on to say the entire OMHA community will feel the loss of Barnett’s presence in the organization for many years to come.

“It’s going to be very difficult to fill her shoes moving forward,” he said.

Fagan encourages all candidates who are interested in the role to apply before June 18.