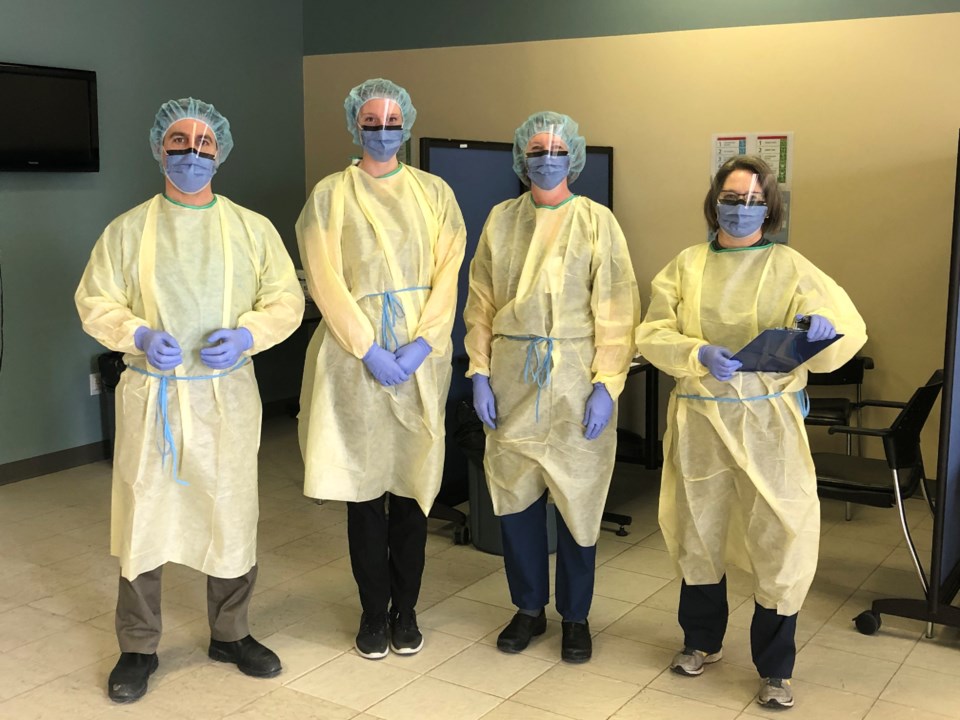 Assessment centre personnel are shown in this submitted photo.

Assessment centre numbers are following a steady pattern the highest single-day numbers were recorded this past Saturday.

In the past couple weeks, the lowest number of those tested was on Saturday, June 6, when only 34 people visited the centre located on 845 King St. in Midland.

In all, the assessment centre has seen 1,982 visitors, of which 1,941 have been tested, while 41 were screened only. Due to expanded testing, the screening step has been excluded and those who book an appointment are being tested straightaway.

A hospital official said the centre will remain open on Canada Day.

People are encouraged to call the assessment centre at (705) 529-1025 to book an appointment to be tested.

The assessment call centre, which schedules appointments, is open seven days a week from 8 a.m. till 8 p.m. The call centre will provide individuals a booked appointment upon request, ensuring that the safety of the public and staff can be maintained through physical distancing.