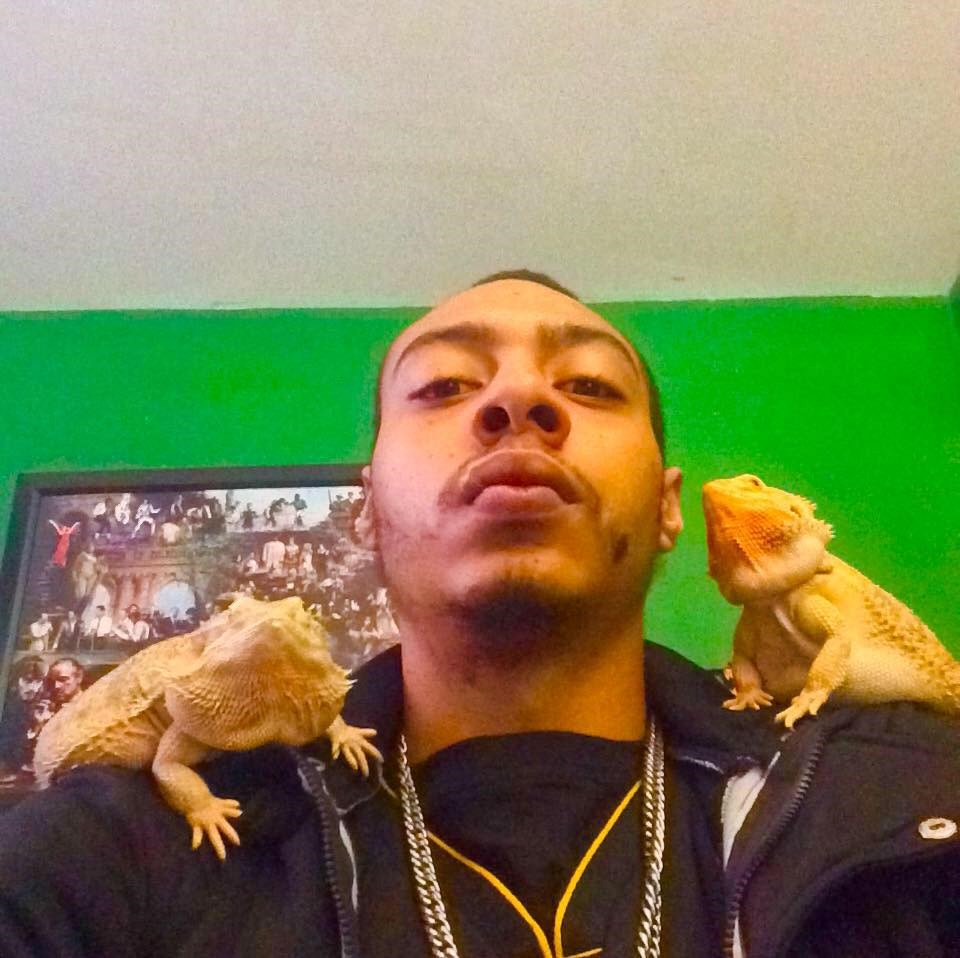 Dyrrin Daley, now 28 years old, is being tried on first- and second-degree murder charges in the deaths of James Pasowisty and his son, Nickolas.

Editor’s Note: The following article contains graphic details that could be disturbing for some readers.

A Barrie police officer going through the upper floor of an Allandale apartment where a father and son were found dead noted a “strange-looking knife” that was bloodied, a box cutter — its blade wrapped in tissue soaked with blood — and a pair of scissors, he testified in court on Thursday.

Barrie police Sgt. Michael Velema, who was a constable at the time, was the fourth officer to show up at the gruesome scene early on Feb. 8, 2017, arriving with an officer-in-training, he told the Ontario Superior Court sitting in Barrie on Day 3 of the double-murder trial.

Dyrrin Daley, 28, is standing trial on charges of first- and second-degree murder in the deaths of 19-year-old Nickolas Pasowisty and his 51-year-old father, James Pasowisty.

Leaving the officer-in-training at the doorway, Velema said he made his way up the stairs, staying on one side to avoid bloodied steps. Inside, he made note of two bodies on the floor and then helped the other officers clear the apartment, unsure if other victims, or a suspect, might still be there.

Inside one of the bedrooms, identified earlier in the trial to be that of the teenaged victim, Velema saw a flashlight on a couch illuminating a love seat.

“There’s also this strange-looking knife,” which was covered in blood, he said. “It was one of the strangest knives I’ve seen.”

The exposed blade appeared to be about four inches long, with its handle just as long if not longer, court heard. It had been painted a vibrant green and had what Velema described as a medieval look to it.

Velema said he could see there was another blade and, when exposed, it would form a sort of a fork with the other blade.

In the living room, he saw a pair of metal scissors, the handles pink with blood, near the right armrest of the chair. Close to the backrest was a utility knife, or box cutter, with its blade wrapped in a bloodied tissue.

Velema said he knew a cellphone from which 911 calls had been made was tracked to within 400 metres of the vicinity, but he was unable to find it, even though it had been activated to ping or create a sound.

The officer determined blood in the snow on the tiny balcony indicated someone who was injured had been out there. The door also remained open.

Officers had earlier described a bloody scene inside and Velema said the floor was so slippery that one officer nearly fell.

Paramedic Mihajlo Todorovic testified that he arrived at the William Street scene and was escorted to the bodies. He quickly determined both had no vital signs after taking their carotid and radial pulses. He also found that rigor mortis had started to set in.

Identification officer Const. Shannon Green told the court she was awoken at 4:30 a.m. that morning to begin work on the scene.

On Thursday, Green explained her role is primarily to collect evidence of a crime scene, which includes taking evidence.

She began by photographing bloody footprints in the snow in front of the house, which were starting to fade with fresh snow falling.

Although an officer had put a recycling box over one to prevent it from being covered. She also took swabs from the bloodiest portion of three prints.

The distance of the footprints, Green said, indicated the person was running, not walking.

“Running from a height… just did not make sense,” she said.

Green said she also photographed what was later identified as an HDMI cord and a cigarette butt on the sidewalk, which she put in evidence bags.

Green is expected to continue providing evidence when the trial resumes on Friday.