Door is open in Simcoe North, but retail cannabis has not entered

'Eventually, there may be a store in Midland, we just don't know when,' said town official; It's up to the AGCO to give retail outlets the green light
Mar 4, 2020 1:44 PM By: Mehreen Shahid 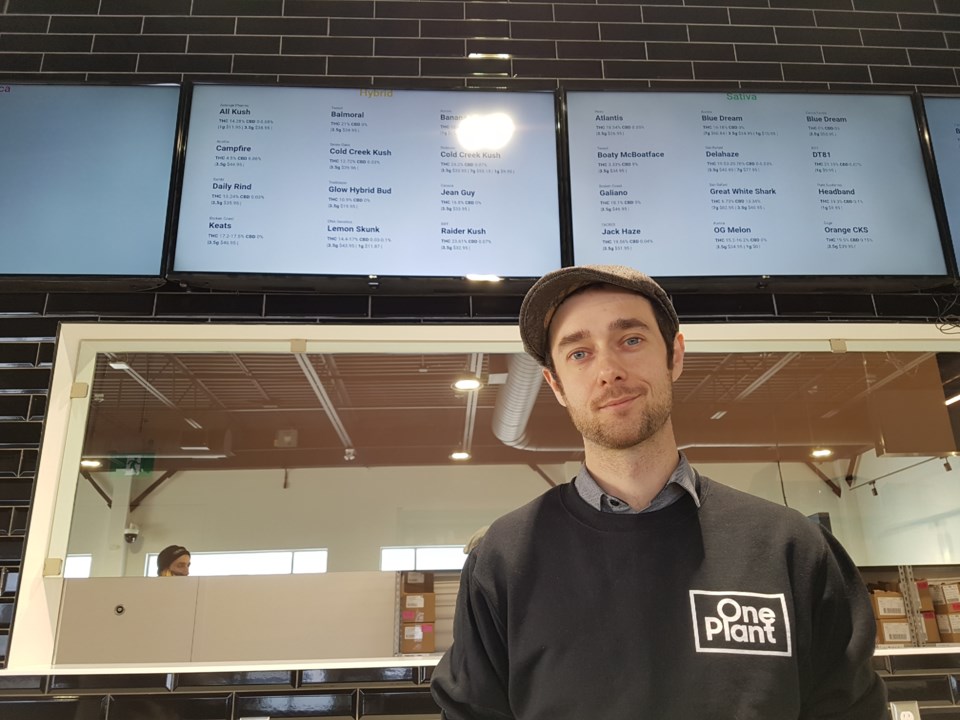 One Plant Barrie store manager Ryan Grenville was ready to serve and answer questions when the store opened in January. File photo

Retail cannabis may be coming to Simcoe North.

Changes in regulation around the application process surrounding retail cannabis have opened the door to retailers interested in setting up shop in the towns of Midland, Penetanguishene and Tiny Township, all of which opted-in last year.

Tay Township was the only one that refrained.

“At that time, council wasn’t sure of regulations,” said Steven Farquharson, Tay's director of planning and development. “It was brand new and a lot of municipalities weren’t sure if they wanted to jump on. As soon as you opted in, you couldn’t opt out --- so council was treading lightly.”

Staff has been asked to report back to council considering how matters have been going for surrounding municipalities that did opt-in.

The survey, which was filled out by 460 respondents, showed that 70% of the respondents supported retail in Penetang. A majority supported opting-in before Jan. 22, 2019, and only 12% wanted to wait and see.

Betty said she has heard of no formal complaints since the day of legalization, but has had some interest around bringing retail cannabis to town.

“There are a few people who will every now and then come in and ask questions about possibly starting a retail store,” said Betty. “What I get approached with is, ‘If I were to lease out a building, would this property allow me to retail cannabis products? Would I need a building permit for renovating the building?”

She said the decision around retail coming to town ultimately lies with the Alcohol and Gaming Commission of Ontario (AGCO).

“Because we've opted in, there isn't a whole lot that the municipality would control,” said Betty. “The way the province laid it out was that we couldn't treat cannabis any different than any other type of retail, as long as retail was permitted in the zone then cannabis was permitted.”

The Town of Midland, which also opted-in last year, hasn’t had any public concerns brought forward either, said Wes Crown, director of planning and building services.

Now that the province has opened up the application process to everyone, he said, “Eventually, there may be a store in Midland, we just don't know when.”

“The AGCO will notify the municipality and the people living nearby where the store is going in,” he said. “At the end of the day, council has said this is a legal substance in the country and the retail sale isn't any different than any other controlled substance, such as alcohol.”

Tammy Banting, manager of enforcement services for the City of Barrie, said no issues had been reported since the region's first cannabis store opened in the city.

“We have not had any concerns raised since they opened,” she said. “The cannabis retail locations must meet high standards through the AGCO prior to and during operations, so we don’t expect that we would hear anything.”

Kristie Czovek, communications/committee coordinator for Tiny Township, said the township has no further updates regarding cannabis retail stores in the municipality at this time.