If you see something, should you say something?

'I have seen people carrying on and acting like it’s a vacation, and it’s really quite bothersome,' says police official
0
Mar 24, 2020 1:44 PM By: Jessica Owen 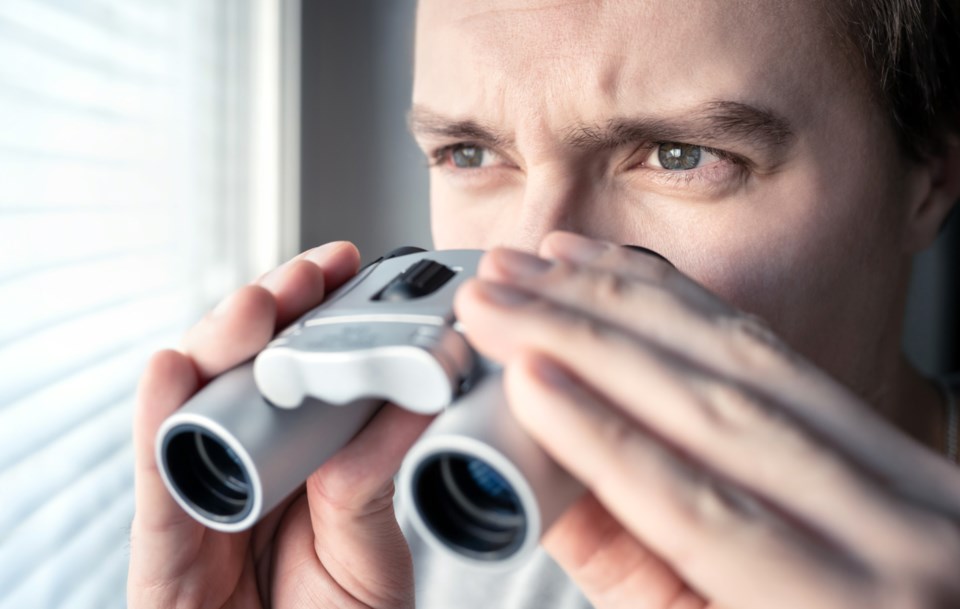 With emotions running high and many citizens multiple days into a social-distancing routine, you may see some people standing closer than two feet, or flagrantly defying other suggestions from experts on how to prevent the spread of COVID-19.

But if you see people or businesses breaking the many rules coming down from the federal, provincial or municipal governments or the Simcoe Muskoka District Health Unit, what remedy do you have to report them at this stage, if any?

“At this point, there’s no real mechanism for people to report anybody that’s violating any of the restrictions that have been put out. Governments – both at the federal and provincial level – have been relying on people and their good will and good faith to understand just how significant the advice of local medical health authorities are,” said Barrie-Innisfil MP John Brassard.

“If people aren’t getting the message by now of how significant this COVID-19 threat is, then I suspect at some point... perhaps the federal or provincial governments will impose strict rules to make sure people avoid interacting and spreading the virus more than it is right now," he added.

Daryl O'Shea, Tay Township's director of technology and communications, said the municipality doesn’t have any ability "that we’re currently aware of" to enforce business closures ordered by the province.

"The OPP has been messaging about their desire for voluntary compliance as well as information about potential charges (that would be laid by the OPP) in the event of non-compliance," O'Shea wrote in an email.

When Premier Doug Ford declared a state of emergency in Ontario on March 17, he was the first premier in Canada to do so in response to COVID-19.

This is a decision that was not made lightly,” said Barrie-Innisfil MPP Andrea Khanjin. “The health and well-being of every Ontarian must be our No. 1 priority.”

Khanjin said she has confidence that Ontarians and businesses across the province will follow the medical advice and follow the emergency orders.

“I have spoken to many businesses in Barrie-Innisfil and employers care about their employees and want them to be safe and well," Khanjin said. "Any employee who does not feel safe at their place of work should leave.

“As the situation evolves our government is prepared to take further action. The premier has been clear that every option is on the table,” she added.

Khanjin said the province is acting on the best advice from the chief medical officer and will continue to do so.

“The situation is evolving day by day, hour by hour,” said Khanjin. “We believe by shutting down non-essential businesses we will continue to encourage the public to stay home and practice physical distancing and regular hand-washing.”

According to Dr. Charles Gardner with the Simcoe Muskoka District Health Unit, the health unit is not actively enforcing any of the rules they have been putting out.

“We work with the police, actually. So if somebody reports to us there’s a gathering and it appears to be a danger, our action has been to report to the police about it, because under the statute the police are empowered to enforce these directives,” said Gardner. “We don’t have capacity, as a health unit, to act on complaints against individuals.”

Through this declaration under the Emergency Management and Civil Protection Act, the province gave local policing authorities the ability to enforce new rules.

Sgt. Carolle Dionne, media relations with the Ontario Provincial Police (OPP), said on Monday that the OPP has been fielding calls from residents across Ontario, angry that their neighbours are not self-isolating after being on vacation, or not adhering to the two-metre rule of distance when out in public.

However, Dionne said the only rules police can currently enforce are in regards to establishments.

Additionally, all organized public events of more than 50 people are prohibited, including parades, events and communal services within places of worship.

“They are not specific to individuals who are out and about,” said Dionne. “It’s not for that. We will enforce them, but we will do education as well. We are going to work with the establishments to make sure they understand what their role and expectations are under this Act.

“This is so new to people. Even two weeks ago I didn’t think I would know all this stuff,” she added with a laugh. “Times change quickly.”

While Dionne said the OPP have not yet laid any charges regarding the new laws as of Monday, officials with Barrie police say they did respond to one this past weekend, and anticipate there will be more.

“There are limits that have been set, and we were made of one gathering on Sunday,” said Peter Leon, communications co-ordinator with the Barrie police, adding city police received a report of a gathering of more than 50 people and were dispatched to investigate.

Upon arrival, Leon said officers found the gathering to have less than 50 people, so no charges were laid.

“People, so far, seem to be abiding by the rules that are in place here right now,” he said. “I have seen people carrying on and acting like it’s a vacation, and it’s really quite bothersome. There are people out there who just don’t seem to understand what it being asked of them. It’s not about having play dates and sleepovers. If you are away, you are expected to self-isolate (upon your return).”

Leon said if Barrie police receive information of an organized event of 50 people or more, they will investigate and lay charges if necessary under the new laws.

“If it’s an organized event, that’s the key. If it’s something that’s unorganized, that’s different,” he said. “We will take the time to explain it to them. If they choose to carry on, the organizer could be charged.”

If you see businesses or establishments open that shouldn’t be, Dionne said you can report them directly to your local police force, either Barrie police at 705-725-7025 or your local OPP detachment toll free at 888-310-1122.

“We’re asking people not call 911, because we have been getting 911 calls for this,” said Dionne.

However, according to the federal and provincial governments, that could change should people not follow the suggestions.

On Sunday, federal Health Minister Patty Hajdu referred to the powers mandated in the Federal Quarantine Act, which has measures that could include arrests, as well as “monetary penalties up to and including criminal penalties.”

During Prime Minister Justin Trudeau’s public address on Monday, he alluded to the Act, including harsher measures that could be put in place should citizens not take social distancing and self-isolation suggestions seriously.

"If you want things to get back to normal, do your part," said Trudeau.

He repeated that those returning from abroad must self-isolate for 14 days and said that if people do not comply the government is prepared to put "much more stringent measures in place."

"This is not a suggestion," said Trudeau. "You cannot pick up groceries or visit your parents or your friends."

According to Brassard, the government really doesn’t want to force people to do anything, but if the situation calls for it, they will take action.

“The federal government, and any government, doesn’t want to impose such drastic measures on the country. This is why it’s been so important that people heed the advise and direction of health-care professionals and the government,” said Brassard.

“We’re at that critical of a point in this crisis. If they don’t, we run a real risk of government imposing these types of restrictions on people.”

It’s started happening already in Canada, in Nova Scotia. The province is currently enforcing orders related to self-isolation and social distancing as per the province’s Health Protection Act according to local media reports. Individuals in Nova Scotia can be fined $1,000 for not adhering to the rules.

Brassard says citizens who are itching to report should be aware there are many businesses who are open who provide services to other essential services of which the general public may not have considered.

“I’ve talked with some business owners locally. Sometimes, they’re involved either directly or in a support capacity to ensuring the supply chain stays open,” said Brassard. “For example, auto repair shops. If trucks break down that are carrying food and they have no ability to deliver it to grocery stores, that directly affects the supply chain.

“I’ve had some calls and emails asking, ‘Why is this business open?’ Oftentimes they’re open because they’re directly engaged in the supply chain to make sure people are fed and looked after,” he said.

-with files from Mehreen Shahid

Partnership ensures fresh food, supplies get to Christian Island
Apr 9, 2020 7:45 AM
Comments
We welcome your feedback and encourage you to share your thoughts on this story. We ask that you be respectful of others and their points of view, refrain from personal attacks and stay on topic. To learn about our commenting policies and how we moderate, please read our Community Guidelines.