Increase in assaults a trend across all communities, says local OPP officer 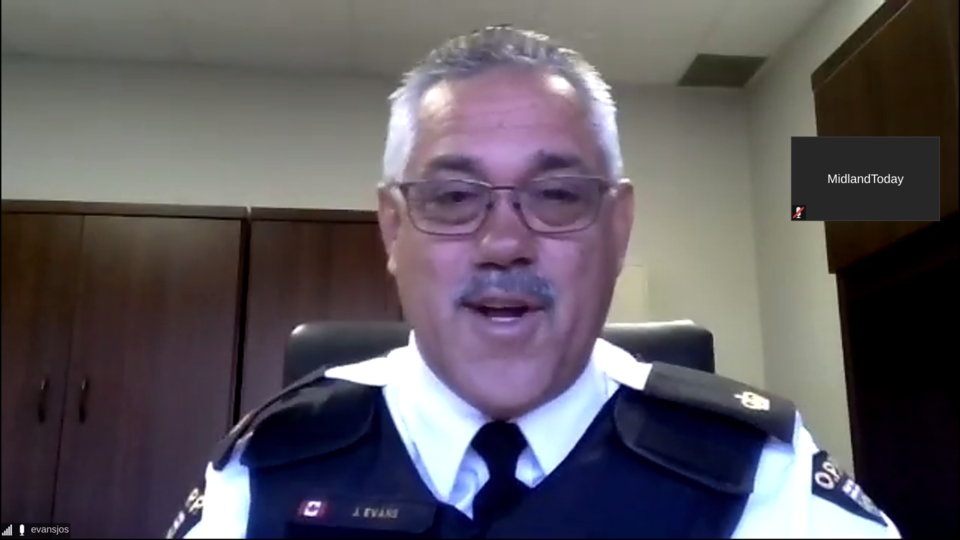 Police detachments across many communities have seen an increase in the number of assaults and property crime during the pandemic.

Inspector Joseph Evans, interim detachment commander for Southern Georgian Bay OPP, shared some of the possible reasons behind the increase in the crime stats portion of Monday's Penetanguishene Police Service Board virtual meeting.

Evans was specifically addressing the increase in assaults, from five in the first quarter last year to 15 during the same time this year, and crimes against a person (increased from five to nine) and cases of break and enter (went up from two to nine), and theft under (increased from 17 to 21).

"In the first quarter, we've seen this as a trend throughout many of the communities in the same impact areas of crime: assaults," he said. "That of course covers the domestics, which have gone up after the COVID-19 lockdown. We've seen that spike. We're dealing with it as best as we can."

The trends for break and enters, thefts, and vehicle crimes, Evans said, are all access driven.

"If the place is empty, people are breaking into it," he said. "This is all, I would suggest, to support their habits of alcohol and drugs. We've been dealing with this a lot of this as well."

Evans added that the OPP is working with business owners and residents on how to secure their properties.

He said the two trafficking crimes that occurred during the first quarter this year resulted from the police being proactive.

"We've got a new community street crime unit that has been working diligently to make the area more secure and safe for the community," Evans said. "And they have been doing an outstanding job. If you turn to the clearance rates, you will see that drug (crimes) have been 100% cleared off."

For violent crime, however, Evans added, it's difficult to be able to help victims who don't want to help themselves.

Evans said he wanted to particularly mention a couple incidents around matters that the OPP effectively resolved earlier this year.

"On Feb. 29, shortly after 1:15 p.m. we received a call from an area cottager reporting people in the water off the south tip of Beausoleil Island," he said. "Members from the snowmobile unit were luckily doing a ride along Robert Street in Penetanguishene on the sleds, which led them to a quick response out to that area."

Evans said officers found four snowmobilers and three sleds in heavy slush and in the open water and proceeded to rescue them with the help of Penetang fire crew and EMS personnel, both of whom the OPP transported to and from the scene.

"Happily, everybody was safe and very grateful for the help from the community for calling that in," he said.

In a second incident the next month, Evans said detachment members responded to a trespass complaint at a Hugel Street residence, which led to a later arrest of a Penetang woman on charges of fraud, failure to attend court and obstructing police.

Penetanguishene councillors shocked by $100,000 bill to fix drainage at local subdivision
Jul 12, 2020 7:56 AM
Comments
We welcome your feedback and encourage you to share your thoughts. We ask that you be respectful of others and their points of view, refrain from personal attacks and stay on topic. To learn about our commenting policies and how we moderate, please read our Community Guidelines.