Local non-profits set to get funding from Midland 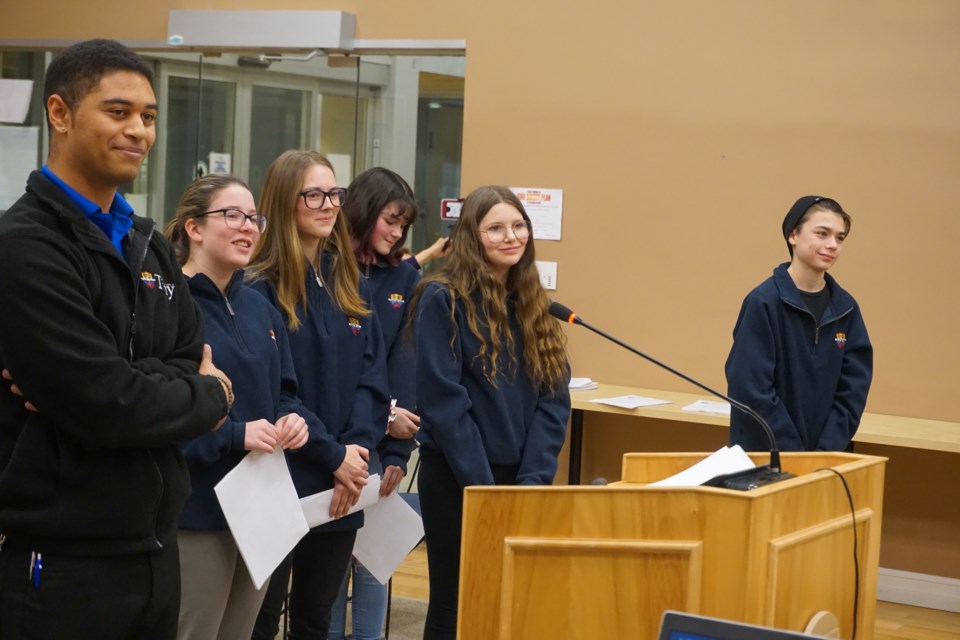 Six youth participants from the Youth Advisory Committee in Tiny Township made a deputation to Midland council a couple months ago. (File photo)

Town council is looking to approve up to $66,000 for 10 local non-profits under its Community Grant Program.

The highest amount of $8,100 will be granted to the Angels with Backpacks under the community safety category of the program. The rest of the organizations will receive money under the general funding stream, totalling $58,163.

For 2019, when the program was inaugurated, a total of $50,000 was allocated under the community safety funding stream. The program resulted in a budget deficit that was allocated to the 2020 budget.

Last year, the program was considered a success. This year, a policy change made it so that grants were given once a year. Applications for 2020, closed on March 31, and at that time, 20 applications had been received under the general funding stream and one application under the community safety funding stream.

Angels with Backpacks, a non-profit group of citizens, sources and provides survival backpacks to homeless people in the community. The organization sought funding to provide for an increase in the number of backpacks to be distributed this year.

Twenty applications were received under the general funding stream requesting funding totalling $112,013. Subsequently when applicants were contacted to confirm their ability to proceed with their programs in 2020 and some confirmed they could proceed, while others indicated their programs were either cancelled or would be cancelled due to provincial restrictions.

An updated list of applicants was then assessed for receiving fthe money.

Of those receiving money under the general funding stream the highest recipient is Waypoint Chigamik, which is getting $10,000, as well as the Georgian Bay Cancer Support Centre. Next is the CLH Developmental Support Services receiving $8,000. Receiving close to $7,500 are Quest Art and the Midland Curling Club. The Serenata Choir will receive $3,000 and Sistema Huronia Music and Tiny Youth Symposium will receive $1,000 each.

Rural communities are being heard, local politician says
Jun 1, 2020 6:30 PM
Comments
We welcome your feedback and encourage you to share your thoughts. We ask that you be respectful of others and their points of view, refrain from personal attacks and stay on topic. To learn about our commenting policies and how we moderate, please read our Community Guidelines.