Mayor Doug Leroux in self-isolation after returning from Florida

While he and his wife are healthy and symptom-free, mayor says he couldn't ignore the gravity of the situation by not self-isolating
0
Mar 25, 2020 1:44 PM By: Mehreen Shahid 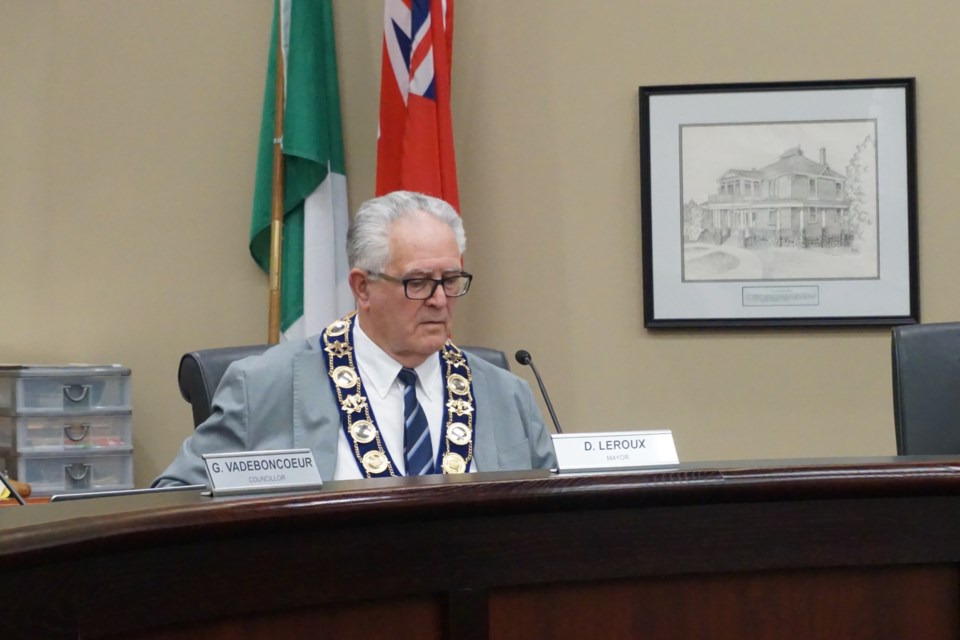 Penetanguishene Mayor Doug Leroux and wife are in self-isolation after returning from vacation in Florida. (File photo)

Doug Leroux was disappointed to see scores of people partying on Siesta Key Beach in Florida as he and his wife left the state amid COVID-19 concerns.

"The Siesta Key Beach was filled with students," said the Penetanguishene mayor, who is now on his sixth day of self-isolation. "They were just partying on the beach, until after a few days they finally decided to close it down."

Leroux and his wife had been in the Venice Beach area since the beginning of March, partly for vacation and partly to visit family, one of whom went through a triple bypass on the day of Leroux's return.

The mayor and his wife, who are both symptoms free, started their drive back Wednesday and arrived home on Thursday night.

"Florida was a little bit disapointing," Leroux said. "They took quite some time to acknowledge that this is a grave issue. There was nothing going on that showed the seriousness of this."

As they drove away from Florida, however, things changed.

"We noticed on our way coming back home all the restaurants were closed," said Leroux. "The only way you were getting any food was through takeout. As we kept going, it got progressively worse to the point where on a stretch of the I-series highway through Pennsylvania, all the rest stops were closed."

He said he and his wife had been able to prepare lunches in Florida that they ate during their journey.

"The rest areas were available for washroom facilities until Pennsylvania," Leroux said, adding, "There were a number of service stations, where you could get gas, that had washrooms."

He also noted that all staff at takeout restaurants and staff handling cash at the rest stops were wearing gloves.

Leroux said he was surprised by how easily they were able to get through the border.

Officers at the border were wearing gloves, but not masks, Leroux said, and along with routine questions such as where they had been vacationing and for how long, they also asked whether they had a fever or a cough.

"Then they handed us a paper that had instructions about what to do to go into self-isolation and about proper hand washing," Leroux said, adding, "I really don't know what else they were doing with other people. I did notice they were taking more time with some others. What exatly they were asking them, I can't say."

He said his daughter and son-in-law had been able to come by and cleaned up the house and stock up the pantry before they reached home.

Since coming back, he said, he has gotten right back to work, albeit electronically. He has been having virtual meetings with staff and the emergency team.

Commenting on how well he thinks residents of Penetanguishene are following the social-distancing rules, Leroux said that on Sunday he saw a number of people walking along on Beck Boulevard where he lives.

"It was difficult for me to understand if they were doing social distancing properly," he said. "Some of them absolutely weren't, but I didn't know if they were from the same house. There definitely were a lot of people walking."

Keeping that in mind, Leroux said, he had his staff prepare a letter to be shared with all his constituents, emphasizing the importance of social distancing and hand washing.

He said he couldn't comment on how well businesses are complying with the restrictions by the municipality and province.

"I haven't been out so I can't tell you how the businesses are doing and handling this," Leroux said, adding, "I've heard that grocery stores are offering a special hour of shopping for seniors only."

As well, he said, he has been approached by Robbie Newburn, president of Knights of Columbus, who has informed the mayor that volunteers are ready and able to do pick up and delivery for seniors. He can be reached at (705) 549-3497. Furthermore, Leroux said, Eileen Steele, the priest in charge of the Anglican Parish is requesting residents to call her at (705) 355-1337 if they have any food donations.

Partnership ensures fresh food, supplies get to Christian Island
Apr 9, 2020 7:45 AM
Comments
We welcome your feedback and encourage you to share your thoughts on this story. We ask that you be respectful of others and their points of view, refrain from personal attacks and stay on topic. To learn about our commenting policies and how we moderate, please read our Community Guidelines.