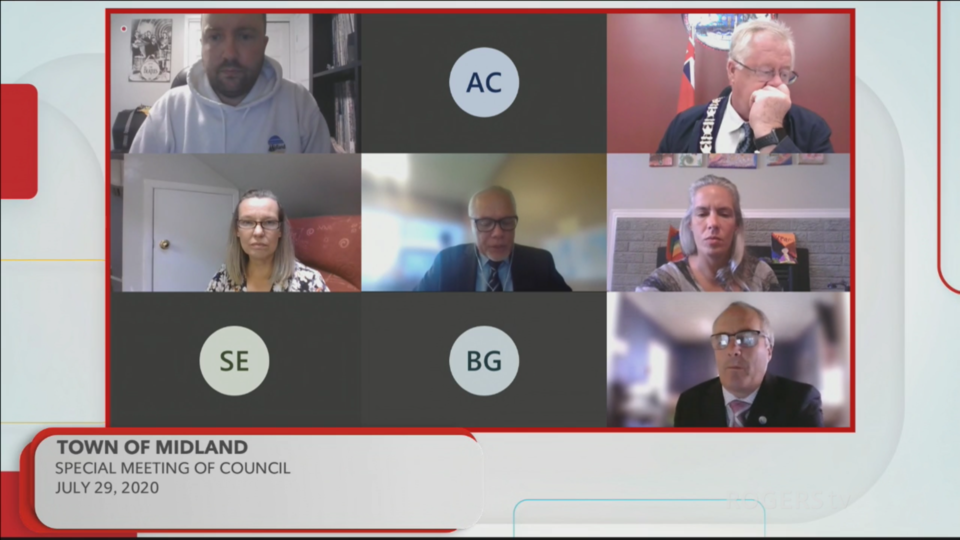 Midland residents will get at least another two weeks of extended financial relief measures.

Council voted to approve the move to extend the measures until August 12 after CAO David Denault explained that financial relief such as tax payments, utility penalties and returned cheque fees, as well as rent relief, were set to expire Saturday.

However, council passed staff's recommendation that the measures be extended until staff comes back with more information on the financial impact of such a move.

In an attempt to ease financial pressures on the town's coffers, Coun. Bill Gordon's had put forth a motion proposing that senior management and council take a pay cut to put money.

His move was thwarted when none of his peers seconded the motion.

"It was going to die anyway," he said, adding Coun. Carole McGinn may have seconded it, however she had to declare a conflict of interest and abstain from participating. "There's no way that it would have passed."

Gordon said the reason he was bringing that to the table was that the town recently elevated all its directors to executive directors.

But it isn't about the money," Gordon said.

"Midland's not facing bankruptcy or anything but its solidarity with all those people out there that are struggling to survive or are on CERB," he said. "To me, it's all about the conversations we have."

The matter was brought forward after Denault's update to council.

"When announcements are made, the details follow later," he said. "There's no switch to flip when these things happen. What there is in place is a very robust process of collaboration and information exhcange. Collaborations with our partnership with about six different entities, including the county, municipal neighbours, SMDHU, ministry of labour, OPP, and the provincial government happen regularly."

For the town, Denault said, the priority remains staff and community safety.

"And while things are anything but normal, we're trying our very best to serve our community by responding and anticipating," he said. "We continue to transform the downtown, as I'm sure all of you have seen. That's coming along quite nicely."

Denault indicated that many of the town's services and facilities have now been opened to the public, after staff have ensured all safety protocols dictated by the health unit have been met. The Midland Public Library doesn't plan to open until August 10.

"Most recently, those included playgrounds, accommodations of groups of up to 100 outdoors and groups up to 50 indoors," he said. "We're also continuing to educate on the use of masks, social distancing, washing hands, good hygiene, limiting gatherings by using signage, we've even drawn circles in some parks to enforce that message."

As well, council voted to continue meeting electronically, until at least Oct. 30, at which time it will revisit the decision.