The gravel makes it very difficult for senior citizens, who need a daily walk, as well as people who use canes, walkers and wheelchairs, writes resident, who wants some of his tax dollars used to improve his street
Sep 27, 2020 4:59 PM By: Mehreen Shahid 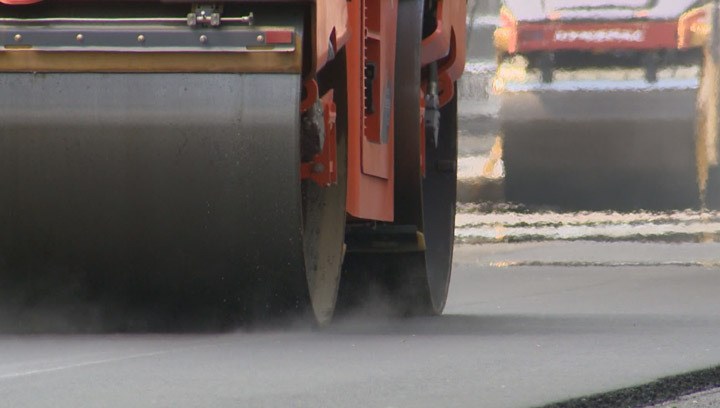 Antonio Nigro, who lives in a subdivision near Tiny Beaches Road South, has made a case in his letter to council that's included in the agenda for the committee of the whole meeting Monday. The Prince Albert Parkway property owner will also be making a deputation on the same day.

"(This summer) the roads of our subdivision have been filled with gravel," writes Nigro, who has lived in the area for four decades. "The gravel makes (it) very difficult for senior citizens like me who need a daily walk, people that have to use the canes, walkers and wheelchairs afraid of having an accident. Moreover, first my wife and I, my children, and now my grandchildren used to enjoy riding our bikes up and down the roads without being afraid to be hit by cars."

The letter states a comment received from township staff says, "We will be turning it to gravel in 2019 and laying a surface treatment in 2020.”

Nigro asks why the decision was made. He writes that the traffic will eventually imbed the gravel into asphalt underneath, and for this reason the community will be faced with hardship for years to come.

"In our subdivision, there are 62 lots, plus a commercial area," writes Nigro. "And each one of us, this year, will be paying an average of $4,000 in taxes for the total of more than a quarter of million. Some of this money should be used to benefit its property owners."

The issue was brought up by Coun. Gibb Wishart at a recent council meeting.

"This year, we put tar and gravel down there as a rebuild of the paving on their roads," he said, referring to the subdivision in the Deanlea Beach area. "We need to remember that when the developer put in that subdivision full of houses, he put down asphalt. But when the township comes to re-pave that road, they look at the traffic use on the road and they put down the appropriate surface to replace the paving."

The beach community, Wishart added, started with a paved roadway and is now left with a loose surface they cannot walk barefooted.

"We need to do something about it because there's been a fairly dramatic switch," he said. "Can we take a heavy duty vibratory roller and beat the gravel down and turn it back into a smooth surface they once had? It's difficult and the people that are missing their pavement are unhappy."

"It was originally a tar and chip road from day one," he said. "We have resurfaced what was there previously. Through traffic volumes and all those things, we do look at the alternate types of treatments that we put on top of the road, whether it be asphalt or tar chip or whether we improve the current gravel road situation that they have."

Leitch added a caution against walking the roads, ditches or shoulders in barefeet.

"I would always recommend people wear shoes," he said. "I think that's just from a safety standpoint."

In addition, Leitch said, the township replaced the road surface in that area.

"It does take a little time for tar and chip," he said. "It takes a couple years to flatten out."

Come budget time, Leitch said, and after taking a look at staff's performance compared to the number of projects undertaken, an additional surface, for instance a slurry seal, could be put over top of the road after a year.

"We're making sure it makes sense financially for us to do and there's room in the budget left over," he added. "We feel there might be. We're in the process to take a look at a way to use township roads and provide a little bit more of surface smoothness. We're looking at an alternate surface to put on top of the tar and chip."

Coun. Tony Mintoff said he had received a similar inquiry from a resident in the area and had reached out to staff for clarification.

"I think public works' approach is sound and I think we struggle to maintain what we have and I think if residents want to have upgrades to the roads," he said. "We should be looking at local area improvement issues whereby there's maybe some cost sharing involved between the municipality and the property owners in that area."

The meeting begins at 9 a.m. and the deputation begins 30 mintures later. The meeting will be streamed live on the township's YouTube channel.

Man armed with Taser tried to rob person at ATM in Orillia
Oct 26, 2020 5:50 PM
Comments
We welcome your feedback and encourage you to share your thoughts. We ask that you be respectful of others and their points of view, refrain from personal attacks and stay on topic. To learn about our commenting policies and how we moderate, please read our Community Guidelines.